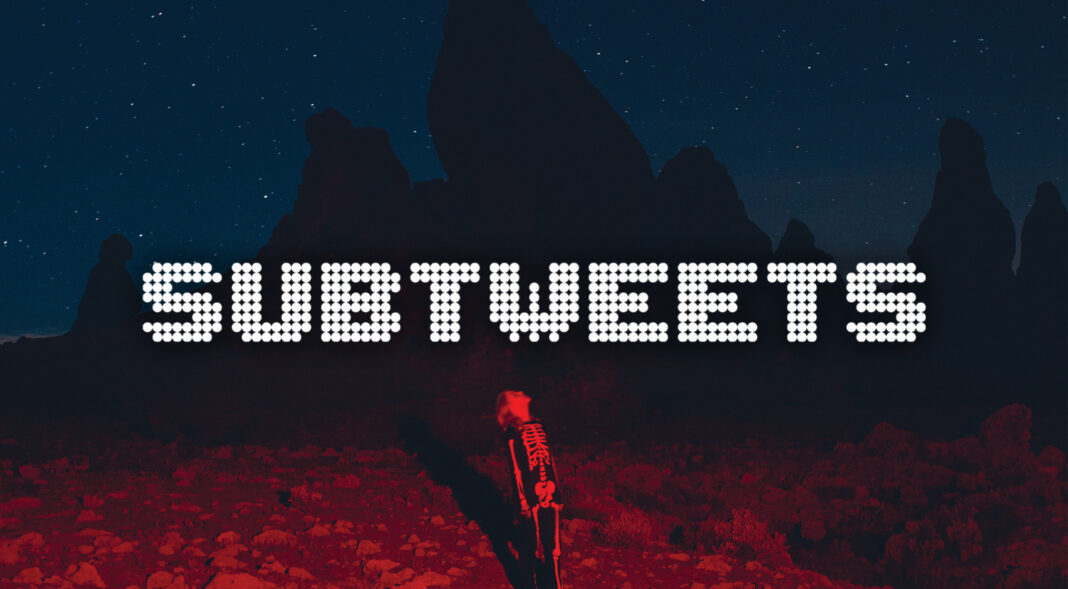 If you had asked yourself who the biggest breakout pop star of 2020 was going to be, you might not have predicted Phoebe Bridgers. It’s nothing to do with her or her talent; a quick-witted lyricist and a hilarious interviewee, she has all the charisma and charm that you might expect from a stan icon. But when you’re making gentle, acoustic guitar music normally reserved for people “who pay attention to Pitchfork”, you’re not necessarily the one bagging Grammy nominations or billboards on Times Square.

But as we all know, 2020 wasn’t a normal kind of year, and so it makes sense that we needed a not-so-normal kind of popstar. No amount of fame or stature could fully elevate you above the terror and restrictions of a pandemic, or get you out on a tour that had been deemed logistically unsafe. Perhaps it’s no wonder that the artists we connected with most were the ones who dealt in pure raw feelings, the ones who leant into the chaos and came out screaming in a skeleton suit. There is no effective way to sugarcoat a global crisis, so why not use it to plumb your own emotional depths?

In many ways, ‘Punisher’ was every bit the soundtrack we needed. While 2017 debut ‘Stranger in The Alps’ established her ability to turn even the most unpleasant of life’s circumstances into pithy vignettes see the soaring chorus of ‘Motion Sickness’), ‘Punisher’ felt undeniable more expansive, with her first genuinely upbeat single (‘Kyoto’) and an epic, dramatic closer (‘I Know The End’). As a marker of career progression, it couldn’t have landed much more successfully, and its appeal was heartily capitalized on. Inside of the past year, Bridgers has run an entire press tour from her bedroom, made White-Man-Music Twitter very mad with her guitar-smashing, and started her imprint record label, Saddest Factory, to release works from the likes of MUNA and Claud. She adopted a dog, binge-watched Normal People, and then – according to the tabloids – became very good friends with its handsome lead actor, much to the delight of shipping Twitter. There have been numerous other collaborations too; with The 1975, with Phoebe Waller-Bridge, with Lorde, with Maggie Rogers on a cover of ‘Iris’, a charitable single that raised over $173,000 for anti-vote suppression charity Fair Fight. With seemingly boundless energy, she has zoomed and insta-storied and hot-take tweeted her way through the best (i.e. worst) part of a pandemic, circled the world multiple times on her hastily-bought at-home treadmill. She is at once every one of us, and also an artist that proffers welcome distraction, gifting her own vulnerability as a means to feel entertained.

“I haven’t been stanning Phoebe that long, maybe about 5 months, but her personality and music are just so sweet,” says Georgia, a fan who would prefer to be anonymous but was drawn into “Phoebe Twitter” by a friend. “The Grammys, even though she didn’t win, felt like such a moment where everything was perfect; the fans were so happy to see how happy she was. It was such a big moment in her career, and I feel like you can already see her influence in musical trends.”

Not many could sustain Phoebe’s omnipresence, but none of it would work without the impeccable source material. More than her sassy memes and deadpan jokes about her depression, fans love the manifestation of her music; the way that she weaves common observations into gentle magic, the sort of storytelling that both comforts and keeps you awake at night. With the grace of her own self-deprecation, her ‘sad girl summer’ formula has become so well-established that it is almost memetic — newcomer Jensen McRae went viral when she fully realised ‘Immune’, her own disturbingly-accurate Bridgers parody, while Gracie Abrams, Dodie and have all recently nodded to her as either an inspiration or a friend. Followed swiftly by the success of ‘Folklore’ and then ‘Drivers License’, ‘Punisher’s release almost certainly laid the table for our collective feast of intimate acoustic feels, changing expectations of what a mainstream popular album could sound like.

“She’s relatable in an almost morbid but simultaneously comical way,” says Gemma, a PB fan since discovering ‘Stranger’ one hungover morning. ”I can’t speak for everyone, but to me, ‘Punisher’ feels more layered and mature; ‘Stranger’ had resentful, sad, longing undertones, and ‘Punisher’ carries that too but with more acceptance maybe? It’s like, things are still shit, but at the end of the day I can just scream it out and try again.”

Depending on your psyche, everyone seems to have a different ‘Punisher’ moment, a different track that smacks you round the face with its on-the-nose honesty.  For me, it’s ‘Saviour Complex’; that elegant, mournful cadence (“All the skeletons you hide/Show me yours, I’ll show you mine”), but for Gemma, it was ‘Chinese Satellite’, a parallel to her own relationships with faith and loss.

“I went to a Catholic primary school so was immersed in the culture of praying and having faith. As a young person I lost people close to me and I rethought those notions. I’m not religious but I resonate with the lyricism in the song; standing on a corner with a picket sign if it meant I could see those loved ones again. It’s a real home hitter.”

In much of the album’s promo, Bridgers talked about one of her biggest fears; the notion that she might have used up all of her creative ideas, that every song she writes is the last in her well of inspiration. Established as she now is, her nervous thoughts will have inevitably turned to album three, the record which tends to make or break an artists’ staying power.  Whatever she comes up with, it seems fans are happy to wait, giving her the space to see out the ‘Punisher’ era as thoroughly as she might wish. Perhaps Gemma sums it up best; “I’ve got no real gut feeling about the next album except that it’s probably going to make me feel like she’s kicked mine.” Until that inevitable fresh gut-kicking, there is plenty of old melancholy left to relive; it’s ‘Punisher’s birthday, and we’ll cry if Phoebe Bridgers wants us to.