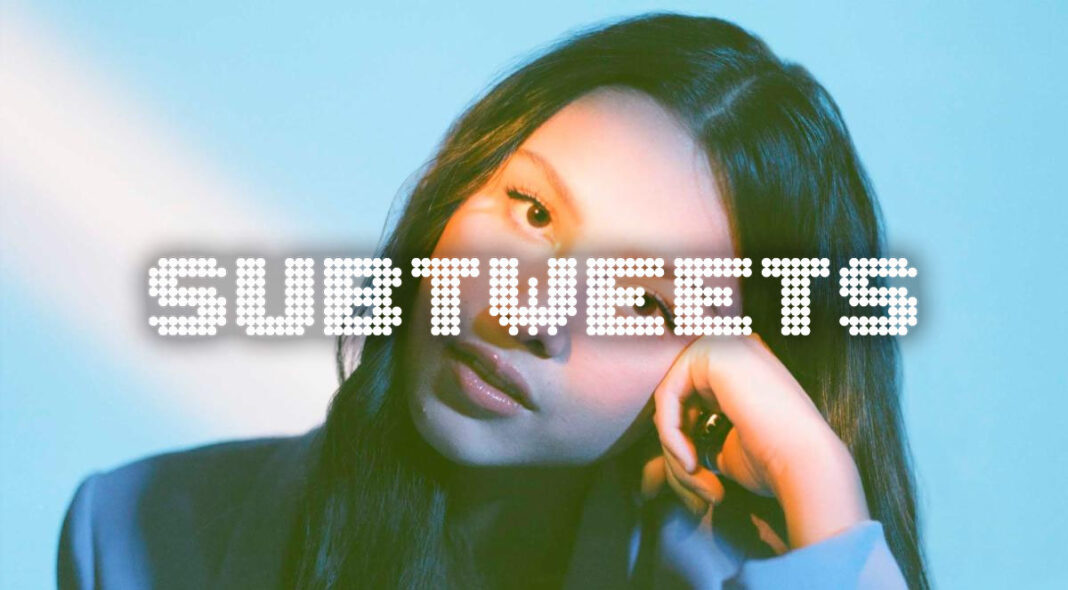 In 2020 Olivia Rodrigo was just another Disney star on the rise – this week, she’s an out-and-out superstar. If you’re online, there is virtually no way you will have been able to avoid the release of ‘Drivers License’, or the unprecedented numbers that it has been racking up – well over 53M views in the last seven days.  At 17 and on her very first single, she has broken the record for the most single-day streams on Spotify of a non-holiday single and then broken that same record again a day later. She is, quite frankly, very big news.

In some ways, the nature of Olivia’s rise is very indicative of where things are at in 2021. With touring off the table for nearly a year now, the acts that have ‘broken through’ in the past year have tended to be solo artists with some pre-existing clout or influence, stannable in both their youthfulness and willingness to connect with fans through Instagram and TikTok. Frequently leaning towards the bedroom-pop persuasion, these stars don’t need huge concerts or lavish editorials – their appeal is in their relatability.

Holding the enormous visibility of the lead role in the highly meta-remake of Disney’s High School Musical TV series (where Rodrigo plays Nina-playing-Gabriella) certainly doesn’t hurt, nor does an endorsement from Taylor Swift. Throw in a Frankee-and-Eamonn style ‘response track’ from an ex, and both press and audience have suddenly got a real narrative on their hands, a reason to make memes and hashtags that help the song along. But to put the success of ‘Drivers License’ down to mere marketing is to overlook the fact the reasons for its appeal that lie closer to Rodrigo’s own hands – the fact that she’s written a break-up song that cuts right to the heart of the teenage experience.

“I listen to all kinds of music, but something about ‘Drivers License’ just really stood out to me immediately,’ says Francesca, a 15-year-old fan. “The lyrics, the music, her voice… for her to have all this success on her first song is just amazing. The way she writes, she’s the type of person that everyone wants as a friend, and you can really see that she cares about what she does.”

Although Olivia has described the process of writing ‘Drivers License’ as taking no longer than an hour, it’s clear that she has spent years studying her craft.  It’s interesting that she’s namechecked Gracie Abrams as an inspiration in interviews – another up-and-coming LA star who shares the same lyrical candour that invites the audience to recognise themselves in the specificity of the storytelling. Everybody has known a “blonde girl” to feel jealous of; everyone knows what it’s like to “imagine how you could be so OK now that I’m gone.” The anecdotes might be personal, but they are beautifully – painfully – universal. They’re also very clever – utilising a drivers license as a metaphor for the responsibility of new adulthood is a move that will gain you a First Class Honours degree from the Taylor Swift School of Songwriting, and the narrative is elegantly fleshed out with increasingly-emotional flourishes that hold pace with the subtle acceleration of the beat. At first listen, ‘Drivers License’ could seem quite ordinary – repeated plays will reveal its quiet brilliance.

‘Quiet’ may well be the operative point here. In 2021, a huge pop crossover hit doesn’t always have to be a traditional ‘banger’. From Phoebe Bridgers to Lewis Capaldi, heartfelt vulnerability has sold particularly well and will likely continue to do at a time where clubs and parties are off-limits. Introspection is the mood of the nation, and songs like ‘Drivers License’ are easy to cover in lonely teenage bedrooms on lonely teenage acoustic guitars. Everyone from James Charles to Travis Barker has given it a go, and with each upload, the song’s virality only grows stronger.

It’s a good thing that Olivia is an artist who seems worthy of the pedestal. Looking at fan reaction on Twitter, it’s clear to see why she is resonating with Gen-Z. Fundamentally, she’s likeable; wholesome but not overly twee, funny but not crude, a vocal fan of her favourites just as much as her fans are of her. She’s engaged in socio-political issues, but also takes a great selfie. Rumours are already afoot that an all-star ‘Driver’s License’ remix is in the works, potentially featuring a duet with Miley Cyrus or Harry Styles. She reflects American teens, but with a Cinderella spin – she grew up dancing to the High School Musical soundtrack and writing One Direction fan fiction, and now she’s the star of the show with Niall Horan on speed dial. She’s the girl next door, albeit in the house that is a little bit better than yours. Toeing the perfect line between relatable and aspirational, Olivia Rodrigo is a stan icon that fans can believe in, and one that they’re willing to work hard for.

“I have been streaming non-stop to support the song – I’ve literally played nothing else for the past week,” says Maryam, a 17-year-old fan still giddy off the “huge serotonin buzz” of having been able to cop a T-shirt off of Olivia’s fast-moving merch store. “I’m so looking forward to supporting her as much as I can – I think she resonates with me so much because we’re a similar age,  we’re both Southeast Asian, and I can just look to her as someone who’s accomplished so much at such a young age. Seeing an Asian-American at the top of the charts is such a thrilling thing to see.”

Talking to Maryam is a reminder of exactly how far pop music can travel when it makes its listeners feel seen. Whether you stan ‘Drivers License’ or not, it is clear to see that it is the work of an artist who has taken the privileges afforded to her and made them work in ways that even she couldn’t have anticipated. Olivia Rodrigo may seem like an overnight sensation, but fans are adamant that she has the stuff to make it stick.

“I think ‘Drivers License’ is particularly successful because everyone can relate to it,” says Maryam. “It’s not just a break-up song, it’s a goodbye song, a trying-my-best-to-be-moving-on song. It’s just so heart-wrenchingly real because you know she’s been through what she’s singing about, and you mirror that emotion because we’ve all lost someone or been left by someone. It’s a reminder that as much as we move on, deep down inside, we all carry those emotions and memories that will never go away, and the song is a musical representation of that. And everyone loves a bit of a cry, don’t they? Especially lately. She’s 17, wrote a song about her pain, shared it with the world, and everyone heard it and felt seen. That feels real.”