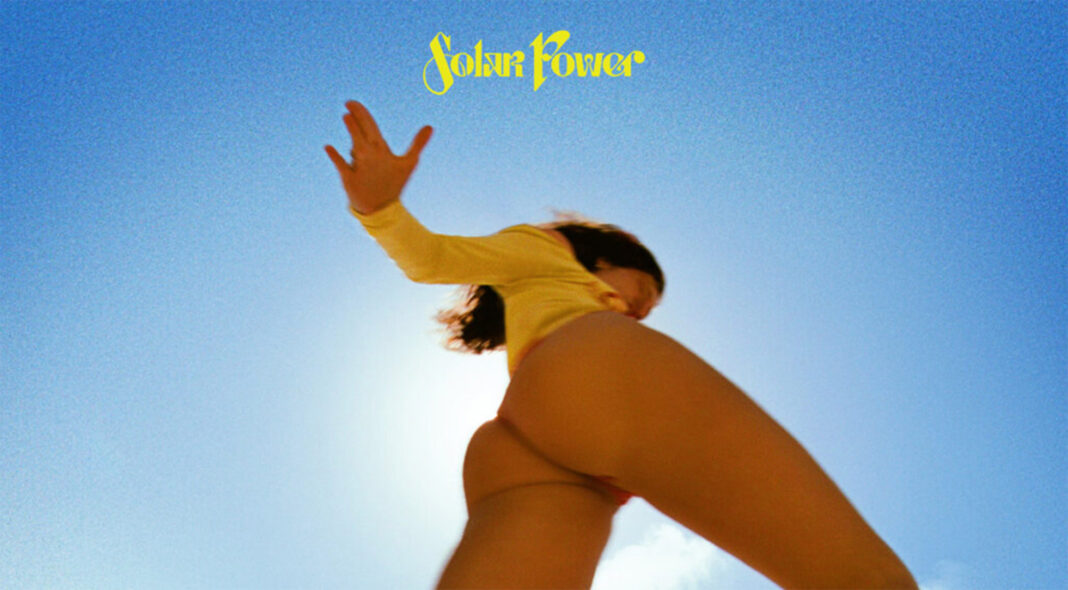 Lorde certainly picks her moments. What better time to release a track called ‘Solar Power’ than the evening after the sun is literally snuffed out in a ring of fire? As always, she’s in on the joke.

It’s hard to exaggerate how anticipated Lorde’s return was, with Twitter accounts solely dedicated to asking one question: ‘has Lorde released any new music yet?’ After producing a musical masterpiece, ‘Melodrama’, aged only nineteen and on fire, she went off the grid – giving fans no sign of life aside from the odd blog post and the culinary delights of her onion ring Instagram. That was until a few days ago when her backside abruptly broke the internet. The ‘Solar Power’ cover art suddenly appeared on her website with no explanation other than “Patience is a virtue”.

How right she was. With a rock’n’roll acoustic guitar riff that toe-taps on the jukebox from George Michael’s ‘Faith’, ‘Solar Power’ is a carefree, playful ode to the summer that we can’t quite believe is here. Singing of bliss, companionship and overripe peaches, Lorde shares her slice of vicarious happiness and the result is undoubtedly the song of the summer.

She pays homage to the aspirational chill of A Tribe Called Quest – “Can I kick it? / Yeah, I can” – and her own reclusiveness, as she cancels plans over voicemail and chuckles at her own jokes: “Can you reach me? No, you can’t”. When your previous record is called ‘Melodrama’ and you’ve named yourself after an honest-to-god deity, self-awareness comes with the territory. So the track’s finest moment comes in the pre-chorus where she winks at the camera and knowingly declares: “I’m kinda like a prettier Jesus.”

Though noticeably entering a new era, melodrama is still on the menu – what’s more theatrical than launching your “cellular device into the water” à la Carrie Bradshaw? Jack Antonoff is back on production duties after Taylor, Lana and St. Vincent returned him to the library with only slightly overdue fees, but the existence of Lorde, in turn, implies the existence of a holy trinity. ‘Solar Power’ delivers on that with everyone’s favourite sad indie girls, Phoebe Bridgers and Clairo, chiming in with blissful vocal harmonies.

‘Solar Power’ is the kind of warmhearted summer tune that’s a soothing balm for all the understandable fear and cynicism of the past 15 months, asking you to “forget all the tears that you’ve cried – it’s over.”

So grab a bev, stick on ‘Solar Power’ and blink three times when you feel it kicking in.