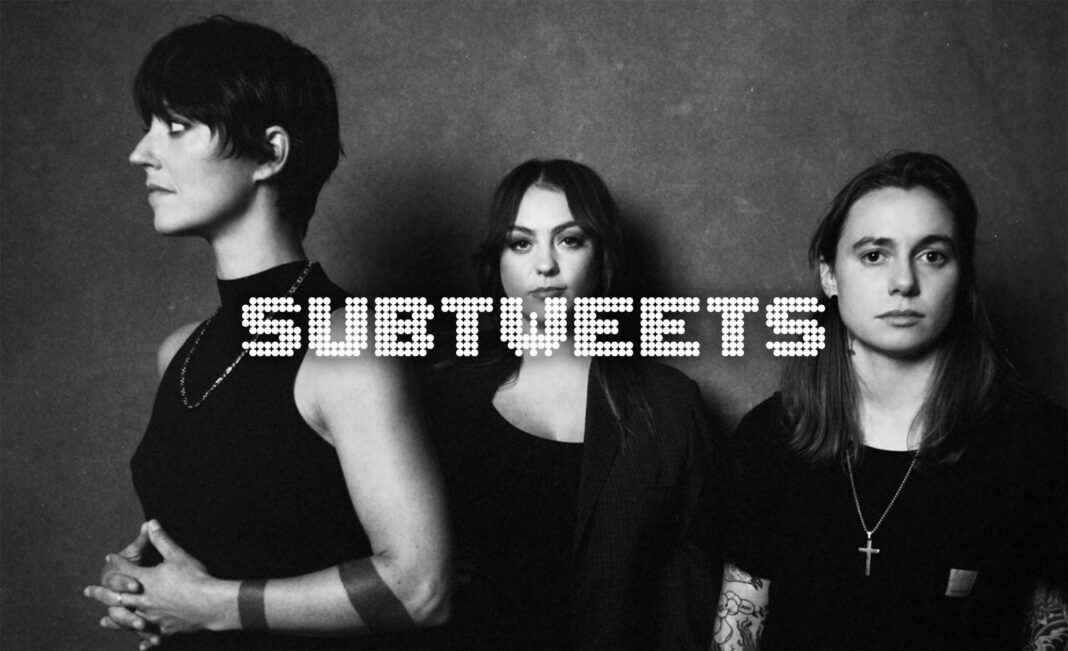 When Julien Baker, Angel Olsen and Sharon Van Etten, all tweeted ‘Monday’ in unison, it didn’t take a (girl)genius to figure out that something was afoot. For US folks, their luck was in; the announcement quickly revealed itself to be a joint tour, taking place in the summer as a long-awaited return to the stage for three individuals who have collectively released two albums and a whole host of collaborative singles since the pandemic began. Indie twitter and ‘sad girl’ tiktok, as you can imagine, are both abuzz.

The selection of sympathetic support acts has obviously been a thing since the dawn of musical time, but it feels like a while since tours were curated with quite such specificity. I remember the Decaydance tour of 2007 as one of the best gigs I’ve ever been to – Fall Out Boy, Panic! At The Disco, Gym Glass Heroes, Cobra Starship, The Academy Is AND Plain White T’s for just under 30 quid? My 15-year-old emo self pretty much knew heaven that night, and I’m sure the promoters did too, raking in feverish merch money and signing up every attendee to a mega marketing list. Supergroups and tag-teamed bands — even if just for the night — have serious stanning potential: you only need to look at K-Pop’s most recent offering Girls On Top, or the “which member are you today” fan fun that came with memes of BoyGenius, the group featuring Julien Baker, Lucy Dacus and Phoebe Bridgers.

From the Greenday/Fall Out Boy/Weezer ‘Hella Mega’ tour to Olivia Rodrigo’s upcoming ‘Sour’ shows with Holly Humberstone, Baby Queen and Gracie Abrams, concert promoters and managers know it makes sense to combine artists who share the same algorithmic airspace. Given how the pandemic obliterated the financial viabilities of touring, it’s a shrewd business move to guarantee ticket sales and boost atmosphere, convincing even the most covid-cautious of gig-goers that this is an opportunity they can’t miss.

Even without a cynical business hat on, it’s just nice to see women having fun with one another. Why wouldn’t you want to go on tour and hang out every day with people you genuinely know and love? Touring is long and stressful, even without the residual nerves that can grow heavy after such a long break. By surrounding themselves with a touring roster of genuinely comfortable friends, artists are surely empowered to deliver their best shows while minimising the mental toll.

As many have pointed out, the combination of Sharon/Angel/Julien is more than just a meeting of musical styles; all three have established themselves particularly with a core LGBTQIA+ community fanbase, meaning that these gigs have the potential to stand for more than just an evening of entertainment, but a space of real community solace and positivity, driven by a collective unspoken understanding. As expected from the trio, they are being both health and societally conscious: all shows but three will take place outside, and they’ve partnered with US charity PLUS1, to ensure that $1 from every ticket will go towards helping those who are rebuilding their lives after incarceration. Every fanbase has its wrong’uns, and a women-led tour isn’t a 100% guarantee that every attendee will be equally respectful of one another, but the laying down of a clear social conscience is certainly a good start in encouraging fans of all walks of life to feel respected and included.

On top of that ethos, the pandemic feels like it has accelerated a creative revelation that was long in the post: the era of a singular career focus is dead. More than ever, musical artists are turning to acting and fashion, getting into side projects, taking breaks and teaming up in various combinations. Fans have joked that the Wild Hearts tour is Julien Baker’s way of cutting ties with Boygenius, but isn’t it much more likely that she is just enjoying being as creative as possible with the opportunities that present themselves? What’s the point in doing any one thing forever when it’s so much more fun to occupy multiple lanes?

Acting cool or competitive is no longer the vibe either. The abundant discovery of the streaming age (and a general improving maturity towards musicians as actual human beings) has meant that we’re finally beginning to dismantle the sexist mentality of seeing women as top trump cards to be pitted against one another.

Slowly but surely, we are getting more and more used to artists openly recommending each other on Twitter, teaming up for Instagram lives, generally hanging out and being upfront about the close personal friendships that lie behind the media fabrication of bitter jealousies and beef.

By flat out acknowledging the way that their artistry interlinks, projects like The Wild Hearts Tour (and hopefully some subsequent new music that might come out of it) actively weed out the space that there is to create tension where tension doesn’t exist, leaving each respective artist free to thrive as they do best. Long gone are the days where the only female on the roster was the very opening act; now, they’re out here running the whole damn stage, and actively welcoming the opportunity. As tours like this prove their success, the wider implications for live music will hopefully follow: just imagine if instead of Coachella and Reading & Leeds, we were all getting stoked for a Beyonce/Megan Thee Stallion-curated Texan hoedown? Or an Adele & Ariana vocal extravaganza tour of fancy ballrooms, with all the weepy ballads and diva classics that us gorgeous, gorgeous girls could ask for? As long as the artists are open to it, the woman-power possibilities are truly endless.

Subtweets is a weekly column. Keep up to speed on the topics setting Music Twitter alight.