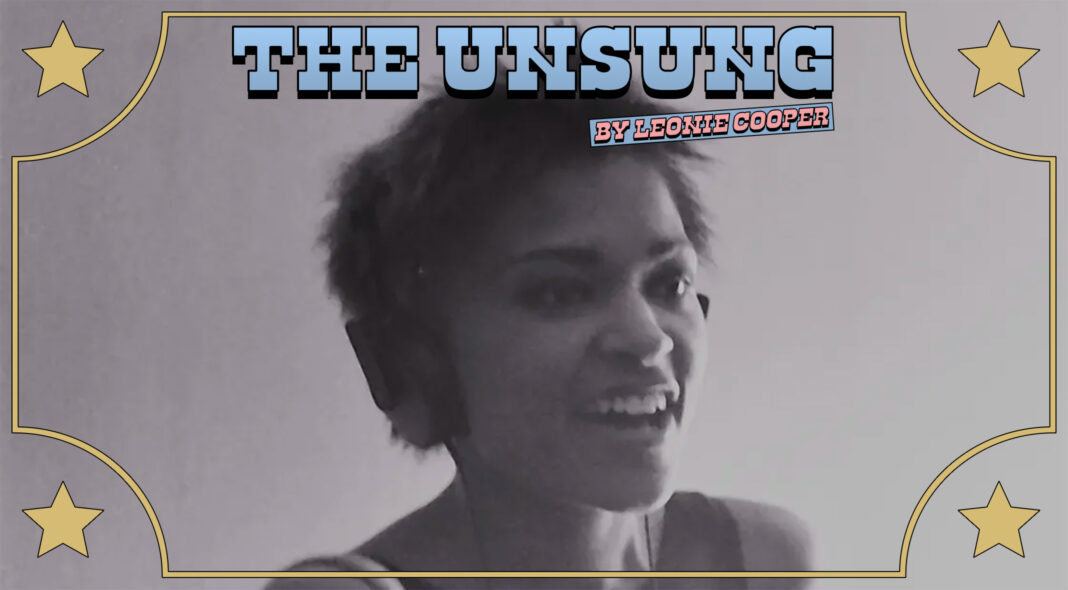 Confession time: I only found out that Bam Bam existed about two months ago while researching for an interview with TJ Miller, co-director of Tina, the fabulous, fascinating and emotionally scouring documentary about Tina Turner, a film which showed the singer as a rock’n’roll phoenix, rising from the ashes of an abusive relationship to become one of the most in-demand talents in the world. While reading up on TJ it became clear that rock’n’roll was in his genes, his parents having been in a band that, of the few people who still remember them, almost all claim that they pretty much invented grunge.

Usually considered a blokey, almost exclusively white genre, the existence of Bam Bam is revelatory. Their vocalist wasn’t a grumpy dude in floppy, mucky cardigan but rather a young Black woman with a strident, sonorous voice. Tina Bell was a cool, confident breeze drifting above the clatter of her bandmates, guitarist Tommy Martin, bass player Scott Ledgerwood and drummer Matt Cameron, who’d go on to play with grunge big boys Pearl Jam and Soundgarden.

But without the support that would eventually be bestowed upon everyone from Mudhoney to Alice In Chains, Bam Bam’s majestic sound hardly even crossed state lines, despite pulling in a cult hometown fanbase.

Tina left the band in 1990, just as grunge went global, and with Tina and her husband and bandmate Tommy both now dead, Bam Bam have crept even further into unwarranted anonymity. Yet the group’s grunge credentials are solid. They were the first band to set up shop at Reciprocal Recording – the studio where Nirvana would later cut the demos for ‘Bleach’ and ‘Incesticide’ – using it to record their 1984 EP ‘Villains (Also Wear White)’. This was months before Green River, the band who are regularly touted as the first proponents of the Seattle grunge scene, put out their debut EP. The Melvins would also open for Bam Bam too, back when Kurt Cobain was their roadie.

Listen to Bam Bam’s imposing track ‘Ground Zero’ and it’s all there; the muddy, pulsing guitars, that aren’t quite heavy metal, but aren’t quite rock’n’roll either. It’s moodier and itchier, verging on the gothic but stopping shy of any overblown Sisters of Mercy style pomp. Songs like ‘Stress’ pick up the pace, a live version available online showing just what a dynamic performer Tina was, her strutting slick and pogoing pristine.

Last year punk zine Please Kill Me tracked down Bam Bam’s bassist Scott Ledgerwood, who gleefully recalled Tina’s powerful presence. “Tina had an inspirational aura about her that was absolutely regal, but without arrogance,” he wrote. “Even when she was ‘raging’ on stage, her movement was so fluid and graceful. She had such confidence on stage; I’d feed off her strength. If a crowd didn’t know us or respond well, she’d lead us on with more ferocity!”

Tina doubled down on that ferocity when dealing with the racist abuse she’d often encounter. “She seriously bashed two Nazi fucks when they called her ‘n’,” remembers Scott in another interview. “She grabbed the mic stand, swung it around several times, then smashed both of them in the head; one pretty badly. It makes me shake with rage to this day.” It was this coupled with the lack of recognition for the band that eventually led Tina to quitting the group, says Scott.

When I interviewed TJ, I couldn’t help but ask if he’d ever consider making a film about his mum, who passed away in 2012. “I’ve thought a lot about what that journey looks like through her lens,” explained TJ, who spent his childhood watching his parents play gigs from the side of the stage. “Maybe one day, [but] it’ll take some time probably.” If he ever does, we’ll be down in the front row.