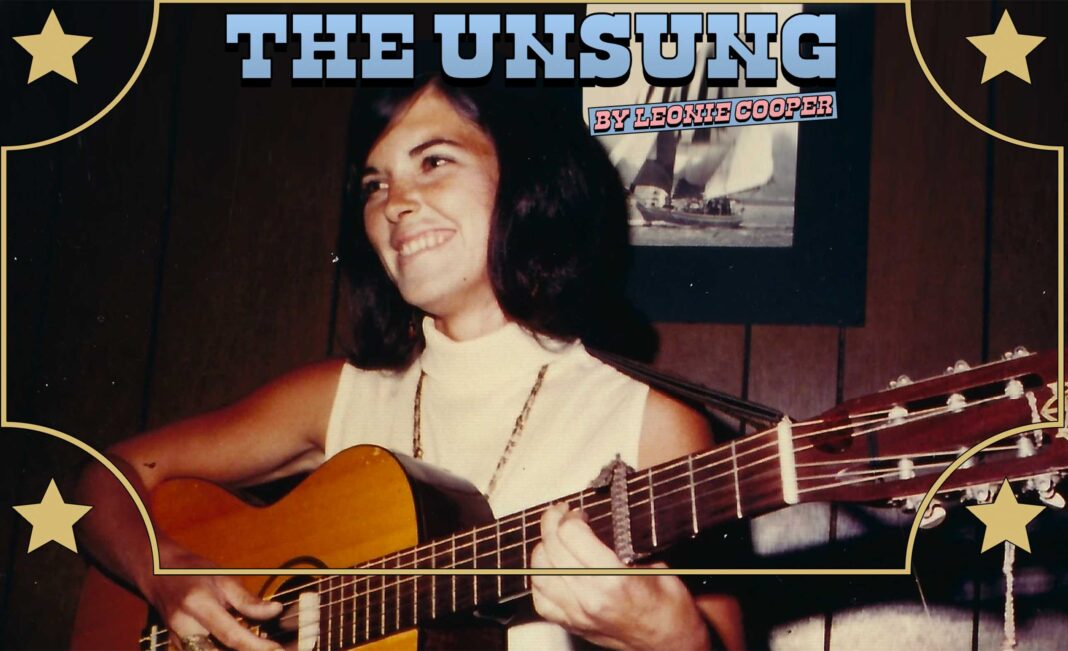 It’s San Francisco freak folkers Vetiver that we have to thank for the re-discovery of entrancing country crooner and mysterious session singer Kathy Heideman. It was in 2007 that the band’s frontman Andy Cabic was rummaging around in the record racks of a local thrift store and came across a dusty 1970s 10-track demo called ‘Move With Love’. Attributed to a woman called Kathy Heideman – a name that rang not one single bell with Cabic – penned by someone called Dia Joyce and released on a private press label called Country Flavour, he was intrigued enough to pick it up and take it home.

It was love at first listen. Alongside the drifting elegance of opener ‘Bob’, jaunty Joan Baez-style bop of the title track and incandescent, rollicking groove of ‘The Earth Won’t Hold Me’ it also included the devastatingly good ‘Fine Street Woman’, a low-down and dirty dose of Western sin that’s packed full of Karen Dalton-style swagger.

A year after Cabic’s discovery, Vetiver would release a covers album called ‘Thing Of The Past’. Alongside renderings of tracks by the likes of band favourites Townes Van Zandt, Bobby Charles and Hawkwind’s Dave Brock, it included a version of Kathy’s ‘Sleep a Million Years’, complete with new vocals from British folk music legend Vashti Bunyan. The song’s writer Dia was soon tracked down but Kathy remained a mystery, even when ‘Move With Love’ was reissued in 2013 by crate-digging pros The Numero Group. In fact it wasn’t until 2019 that the woman who was responsible for the record’s gently swooning sound was uncovered.

Though the record had been cut in San Jose, California, Kathy was eventually tracked down to Park City, Utah, and, as Jason Woodbury writes, had largely forgotten the demo she’d made almost half a century previously. “I hate to say it, I did it for the money,” she explained in a recent interview for the Numero Group. “I was a struggling single mom musician. Somebody said, ‘You want to come into the studio?’ and I said ‘OK.’ I did my best, got along pretty well with the sidemen, and we had a couple good afternoons.”

That’s not to say she doesn’t think fondly of the songs on the album, it’s just that after stepping away from the sessions, she never thought to include Dia’s songs in her own repertoire as she continued gigging around Fresno, California where she was based at the time. In fact, it was kind of a fluke that Kathy ended up singing these songs at all. Dia had originally wanted a then-unknown Juice Newton to front the tracks, five years before the singer would break through with her chart-busting 1981 version of ‘Angel Of The Morning’. “Juice Newton was a friend of mine,” she explained. “She called me and said there was this woman who’d written some songs and wanted them recorded. This is before Juice got real famous—but [she was] going on the road, so she couldn’t do it.”

The life of the record has gone far beyond anything Kathy – who now goes under her married name Kat James – could ever have imagined. Over the past few years, its amiable melodies have featured on the soundtracks of everything from HBO weed delivery comedy High Maintenance to recent Susan Sarandon movie Ride The Eagle, while LA rock band, Allah-Las, followed Vetiver’s suit and slotted a hazy cover of ‘The Earth Won’t Hold Me’ onto their 2017 EP ‘Covers #1’.

Hear Kathy Heidman’s influence on the music of:

Hurray For The Riff Raff

Get to know more musical heroes in our weekly Unsung column

Release the stress! Drake and Beyonce have declared a house renaissance