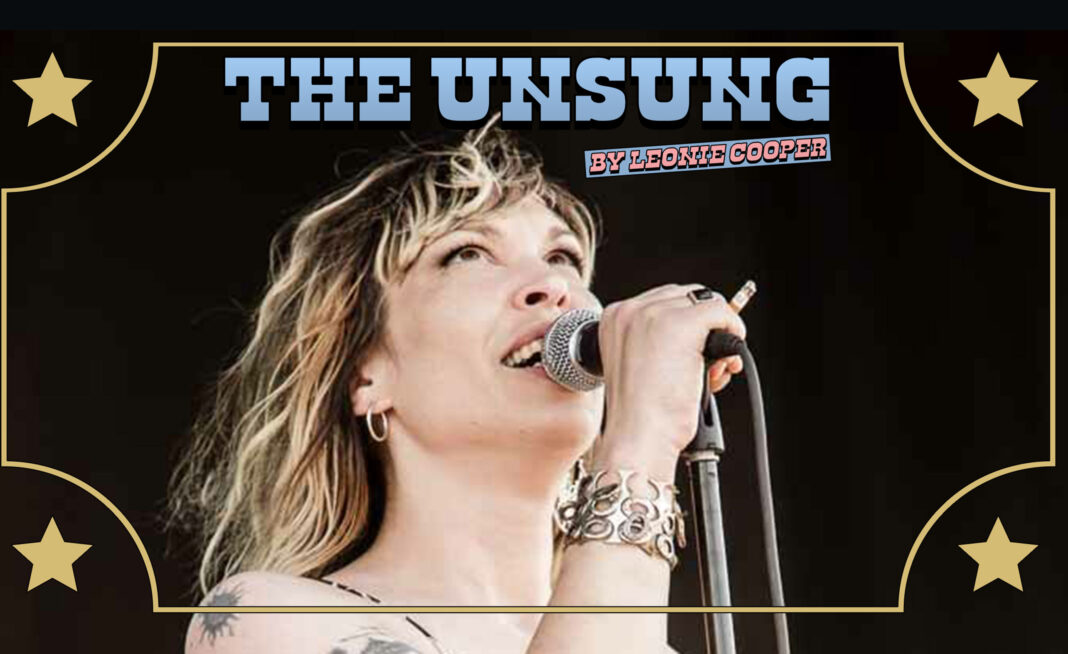 Being reminded of just how great someone was by the tragic announcement of their death is a unique kind of awful, but that’s how I was jolted into thinking about the searing, soul-shaking talent of Detroit Cobras’ singular frontwoman, Rachel Nagy.

To hear Rachel’s voice was to receive electric shock treatment directly to the hips. The Detroit Cobras were a party band and Rachel their heroically lunged MC. Simultaneously growling and prowling, her strident vocals were the very essence of the group, injecting fresh and furious life into R&B standards and deep cuts alike, covering everything from New Orleans’ heavyweight Irma Thomas to Otis Redding, Professor Longhair, Wanda Jackson, The Ronettes and rock’n’roll pioneers The “5” Royales​​. In Rachel’s hands, proprietary songs sung by men now had a predatory woman in charge of the narrative, with the likes of Charlie Rich’s tale of late-night debauchery, Midnight Blues, morphing into the deeply unapologetic Midnite Blues.

I first heard The Detroit Cobras in the wake of the White Stripes, who enthusiastically introduced the rest of the world to the retro rock’n’roll scene that had been fizzing away in their hometown, kicking off with the Dirtbombs and following up with the Von Bondies and the Soledad Brothers, all helping to rev up the stalled engine of Motor City. What the White Stripes did to the blues, The Detroit Cobras did to soul and rather than ripping up the rulebook they treated it with reverence. Preferring covers to original material, they added grit and grease straight from the garage to every tune they lifted from the archives. Of course, they looked cool too. Like extras in a Russ Meyer movie, it was all motorcycle leathers, leopard print sweaters, blunt 1960s fringes and cigarettes constantly dangling from fingers and lips.

Formed in the mid-1990s, Rachel Nagy and guitarist Mary Ramierz became the band’s only constants, with a string of various players weaving in and out over the next quarter of a century. Despite Rachel’s powerhouse vocals, when interviewed by The Independent in 2004 she was at a loss as to why she was asked to join. “They asked me, but for what reason I don’t know… I couldn’t sing. I’d never sung in my life,” she said. “I was just around, and I’d come in for a beer, and they coaxed me in with more beer, so it was like, ‘Alright’, but no, I couldn’t sing.”

But sing she could and exceptionally well. In 2004, as Rough Trade reissued the first two Detroit Cobras albums – 1998’s ‘Mink Rabbit or Rat’ and 2001’s ‘Life Love and Leaving ‘– much was made of the fact that Rachel was a former exotic dancer, but less about the kind of steely self-determination and give-a-shitness such a career might have given her. Her pivot to butchery was less well reported. “I got sick of talking to men,” she said about the day she stopped stripping. “One night, I called someone and said, ‘You’ve gotta find me a bakery course’. I didn’t want a normal life, but I wanted a job.” Bakery was a no-go, but there was space on a course to learn all about chopping up dead meat. “A friend then got me a job and it went on from there. It was great.”

Eminently quotable, Rachel once told Thrasher of how she went about compiling songs for a Detroit Cobras album: “We really want it to be a body of material that you can either go fuck your boyfriend or clean the house or whatever and not worry about skipping through songs.” In the same interview, she was asked what she’d like God to say to her when she arrived at the gates of heaven, if such a place were to actually exist, answering simply: “Scratch behind my ears, pat my belly, say good girl and now go to sleep.”

Hear Rachel Nagy’s influence on the music of:

Imelda May, The Duke Spirit , The Long Blondes