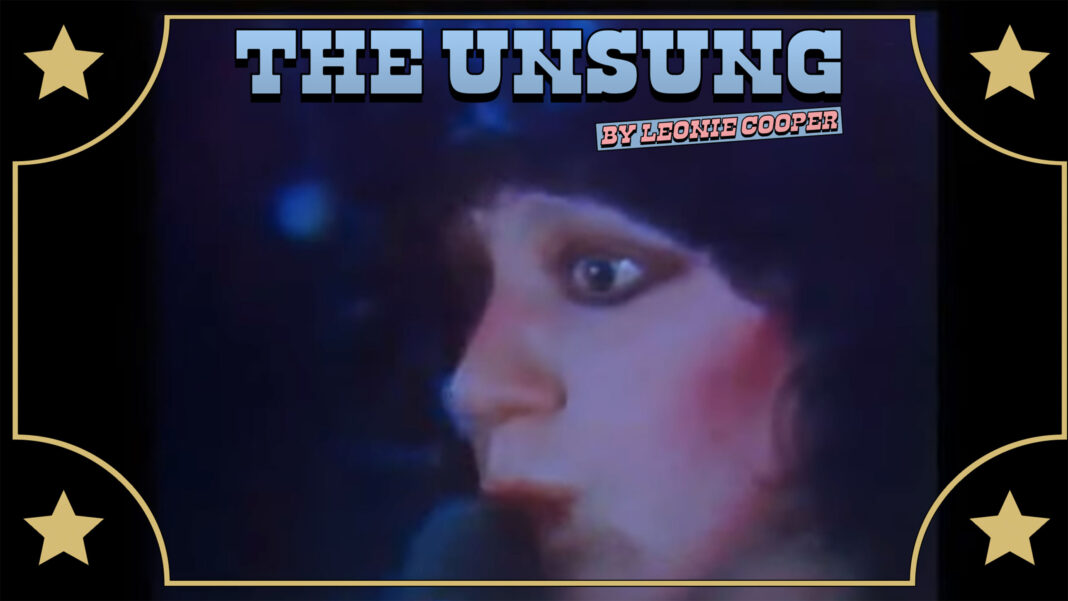 To remain at the sharp edge of experimental art for well over 40 years takes guts and a constantly inquiring mind – the woman who started her sonic journey under the name Annie Anxiety has both. Born Annie Bandez in the New York City suburb of Yonkers, she arrived in the eye of the storm that was the late 1970s punk scene after having her head turned by Suicide at Max’s Kansas City. A teen when she formed no-wave rule-breakers Annie and the Asexuals she quickly became a regular on the legendarily scuzzy CBGBs circuit while living at the infamous Chelsea Hotel.

An early fan was Frank Zappa, who sensed a kindred spirit in her disruptive displays. “I don’t know if that band will ever get a record contract and I don’t think they care,” he told Songwriter magazine in 1980 after seeing Annie and the Asexuals play. “I watched them for an hour, painful as it was – their show was real personal and disorganised. This girl was wearing winter underwear with a black leather coat on top of that, and she had a paper bag with a bottle of vodka in it… She was screaming about thorazine and being in a mental hospital and it was real! You don’t get that commitment to just spewing your guts out among LA groups.”

Annie is less complimentary of her early days: “It was awful, but I got a taste for it,” she told The Vinyl Factory. “We were avant-garde and just didn’t know it. We were awfully young and inexperienced.” Youth and inexperience though breeds innovation and after being invited to the UK by Steve Ignorant of Crass Annie ended up living in the anarcho-punk band’s infamous Dial House community in Essex. There she released her first solo single, 1981’s Barbed Wire Halo, made from tape-loop collages in conjunction with Crass’s ​​Penny Rimbaud. Four decades later and it’s still excellently odd, though Annie was unaware of its strangeness at the time. “We didn’t intend it to be ‘out there’, we thought we were making a Top 40 disco record,” she says.

Her debut album ‘Soul Possession’ followed in 1984, a unique team-up with producer Adrian Sherwood which wove together bleak industrial sounds with the warm bounce of dub reggae layered with Annie’s lugubrious semi-spoken word vocals. Moving into Adrian’s converted garden shed they worked on their stark, aggressively ambient soundtrack to the apocalypse, which featured such eerie offerings as the clattering ‘Burnt Offerings’ and the bleepy-screech of ‘To Know Evil’, all as inventive as they were unsettling.

Entrenched in the collaborative world of Crass, work with associated artists in the same off-kilter scene came thick and fast. The likes of Crass, Flux of Pink Indians and African Head Charge had already helped her out on backing for ‘Soul Possession’, but next came work with Current 93, Lee ‘Scratch’ Perry and a rumoured unreleased track with Paul Oakenfold and Primal Scream’s Bobby Gillespie. Further solo albums with Sherwood saw her digging deeper in hip-hop and electronica and rebranding herself as Little Annie. The closest she ever got to going mainstream came in the shape of her guest appearance on Coil’s majestically ominous ‘Things Happen’, from their 1991 breakthrough ‘Love’s Secret Domain’.

Now based in Miami, Annie’s dedication constant evolution sees her taking on the guise of a tortured torch singer. In 2006 she teamed up with Anohni for the dreamlike ‘Songs from the Coal Mine Canary’ which featured deadpan showtune ‘Strange Love’, which went on to soundtrack a Levi’s ad. More albums of chansons followed, as did guest vocals on Swans 2014 album ‘To Be Kind’. What’s next from Annie? Who the hell knows – and that’s half the fun.

Release the stress! Drake and Beyonce have declared a house renaissance