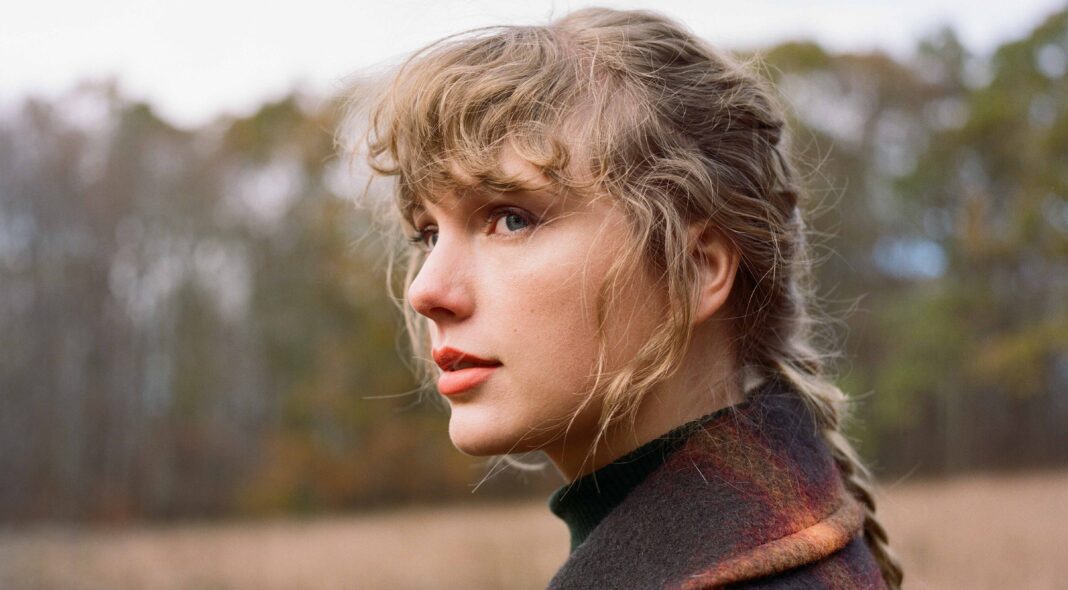 It’s 2008 and I’m going through the arduous yet entirely unnecessary process of deleting every Taylor Swift song from my iPod Classic. While the prospect of a friend on the bus grabbing one of my headphones and hitting shuffle, expecting Paramore or Enter Shikari and then getting “it’s a love story, baby, just say yes”, sounds absurdly innocuous now, as a 15-year-old negotiating a minefield of potential humiliation, this was to be avoided at all costs. It was an unspoken rule that Taylor Swift was uncool, yet I was harbouring a deep love for her and her breakout second album ‘Fearless’ in secret.

It was the kind of shame and pretentiousness that’s particularly potent during your teenage years, where someone making a throwaway comment about your fringe can send you in a week-long tailspin. I did not want to be dragged “headfirst, fearless” into anything – quite the contrary, I was content blasting Taylor in private, surrounded by the covers of NME and Kerrang! plastered all over my bedroom wall. But the landscape of popular music in 2008 felt a little more rigid than it does now, with genres often confined within neat walls and deemed mutually exclusive: you could like rock or rap or country, and what you did like was a defining aspect of your personality. How could I possibly know all the words to Arctic Monkeys’ ‘Teddy Picker’ and wistfully stare out of the car window listening to ‘The Way I Loved You’? It was absurd to imagine the two could co-exist back then. Now, it’s absurd to think they couldn’t.

By re-recording ‘Fearless’ as ‘Fearless (Taylor’s Version)’ 13 years on, Taylor is attempting something that might cause many of us to wake up in a cold sweat: re-releasing her teenage diaries in the most public forum imaginable. Outside of the six additional songs “from the vault”, here are few discernible differences with ‘Taylor’s Version’ – the timbre of her voice has matured, there are blink-and-you’ll-miss-them alterations to the instrumentation and, most regrettably, her fake country twang hasn’t made the cut (RIP) – and when that first snare on ‘Fearless’ hits, it snaps you right back into the sincerity of 2008 country-pop. Rewriting the past is a seductive prospect for anyone, especially an artist with such a penchant for self-mythologising. Taylor could have done what we all do when we share relics from our past – pre-empt any accusations of corniness by lacing everything with irony and self-awareness – but irony’s never really been her style. In everything from the accompanying lyric videos and artwork to the inclusion of deeply hokey songs like ‘Hey Stephen’, ‘Fearless (Taylor’s Version)’ is “charming if a little gauche” and refreshingly unembarrassed about its past.

As a queer teenager living in the Kentish countryside, my preoccupation with ‘Fearless’ made little sense. On the surface, Taylor’s look at teenage life was an American, conservative and deeply straight one. She yearned for boys who were “close to [her] mother” and talked “business with [her] father”. She reimagined Romeo and Juliet with a neat, happy ending. But “when you’re fifteen and somebody tells you they love you, you’re gonna believe them” and sometimes that’s all it takes. Taylor’s precocious knack for evocative storytelling sold even the most old-fashioned, faraway stories and helped you live vicariously through them.

While ‘Love Story’ is still Taylor’s biggest selling single over a decade later, it’s ‘You Belong With Me’ that has the real timeless quality, with a colossal chorus that was predestined to be sung at the top of your lungs on a road trip. It’s something of a miracle that this song continues to delight despite being such a product of its time; an anthem for all the ‘I’m Not Like Other Girls’ girls during the era of ‘Misery Business’ and widespread internalised misogyny. The music video has all the beats of a mid-2000s romcom – the cheerleader, the quarterback, the nerdy girl who takes off her glasses only to reveal that she’s been beautiful all along – and for all of its laughably awful wigs and juvenile politics, there’s something endearingly teenage about the way it wears its heart on its sleeve.

There’s still a residual twinge of shame when I talk about loving Taylor Swift; even today, when she’s earned Respectable Indie Songwriter status thanks to the one-two punch of ‘folklore’ and ‘evermore’. As a 28-year-old who knows that most people have more than enough to think about than to bother with wildly judging others’ music taste, the act of sharing music you love can still be a vulnerable one, especially when you grew up feeling like it was an extension of your identity. With ‘Fearless (Taylor’s Version)’, Taylor goes headfirst, fearless into that vulnerability; embracing her teenage self and encouraging us to do the same. I didn’t know that at fifteen.