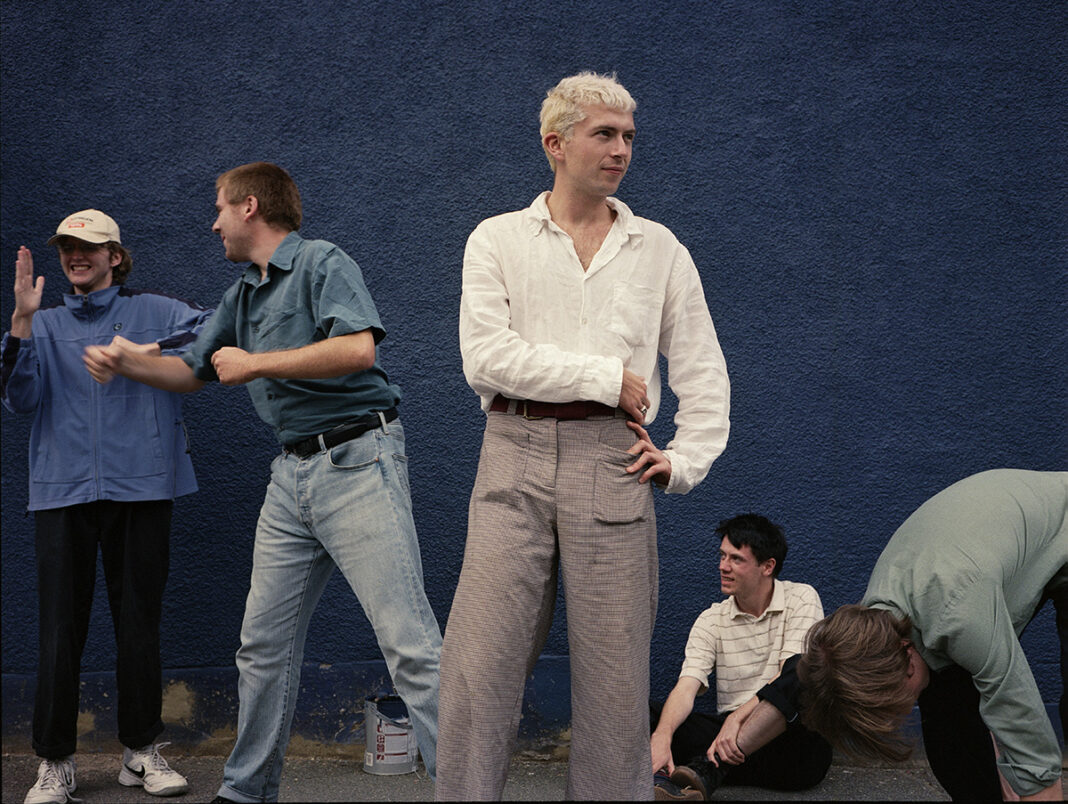 “I need a new resolution and it’s not even the end of year,” remarks Shame’s frontman Charlie Steen on the final track of new album ‘Drunk Tank Pink’. Boy do we know what he means. It’s only the second week of 2021, yet the year’s antics so far have surely seen off any well-meaning resolutions. Luckily, the south London band rail against lethargy on their highly-awaited second album – but even here, their lauded din occasionally slips into something more pensive.

Shame’s 2018 debut album ‘Songs of Praise’ set them apart from their Brixton peers. No polite Sunday evening hymnal, but political worship at the altar of British post-punk, the record was celebrated for its self-awareness, noisy temper, and Steen’s terse delivery, shifting in and out of spoken word. You could almost let Shame off for sticking to the formula on album number two – except they don’t.

‘Songs of Praise’ ran on a potent cocktail of claustrophobia and release. Shame take that opposition to experimental extremes on ‘Drunk Tank Pink’ – the paint shade famously used to calm violent inmates. Steen painted his bedroom walls that colour, then sat down to write. Digesting what he calls the “absurd lifestyle” of two years of touring, the hundreds of shows a distraction from confronting adult realities, his pink walls suit the record’s inward gaze. But the frayed nerves of that first album haven’t gone away: they’ve just become uncomfortably real.

AN INTERVIEW WITH SHAME: “Young people have it fucking hard these days”

Despite the shift to a personal tone, Sheen’s writing continues to prickle with truisms, from “Happiness is only a habit” to “I live deep within myself / Just like everyone else.” On ‘Born in Luton’ he captures the feeling of adulthood in general as well as the pressures of artistic success: “I’ve been waiting outside all of my life / And now I’ve got to the door, there’s no one inside.” The songs toss and turn around the stubborn precision of these statements. Crooked time signatures and pesky, frenetic solos counteract the bald lyricism, each track out to get you with restless twists.

Granted, ‘Drunk Tank Pink’ is very much an album for fans of the most recent post-punk revival. But while ‘Water in the Well’ sounds suspiciously like Black Midi’s ‘Speedway’, the record shares more with New York than London, flashing up Parquet Courts, Bodega, and, yes, Talking Heads. Most of all, though, you hear the band’s own lawless live reputation: the songs won’t have to leap far to reach the stage. Halfway in, Shame become ‘Human, for a Minute’ in a rare flicker of intimacy, before yielding to a triptych of blazing energy – the expression of humanity they know best. But the last track truly flaunts the progress the band have made. ‘Station Wagon’ bears newfound confidence to slow down and sit in the space of a song long enough to really be seen. Confrontation, indeed.

‘Songs of Praise’ was a tighter beast, but you could really feel the musical restraints Shame threw themselves up against. On ‘Drunk Tank Pink’ they burst through these limits, armed with stronger musical and technical weaponry to step beyond the south London scene they helped Christen. It’s not that they stray far from their genre, more that they expand the possibilities of what they can say and how they can sound. Now Shame gaze out at a much wider musical horizon. If exploding their confines was their New Year’s resolution, they’ve succeeded – not bad for an introspective record conceived between four pink walls.