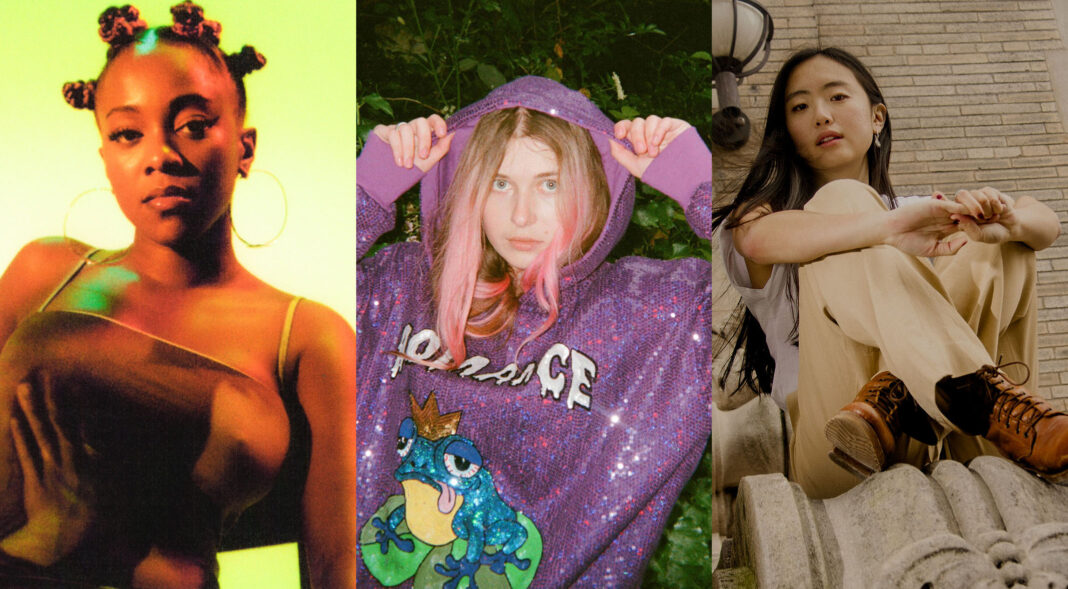 2021 is a year of resurgence and emergence, and with that, the music industry has seen the release of albums by London Grammar, Wolf Alice and Girl in Red, as well as announcements from Lorde and Billie Eilish, some of the world’s biggest indie stars. As a result, the indie-pop scene is buzzing with excitement.

That excitement, fueled by the indie heavyweights, has inspired a new era of artists who are ready to propel and diversify the indie music landscape. Here’s a list of 10 of the best upcoming indie-pop artists that you should know about.

London’s Josie Man is known for her syrupy vocals, self-love anthems and her loving, positive nature. Her alt-pop offerings are brimming with sweet melodies, honest lyricism and heaps of musical integrity. So, it’s no surprise that Josie Man is making waves on the indie scene.

She’s lived all over the world — Kuala Lumpur, LA, London, Beijing — and Raissa has embraced all of those cultures to build her very own genre of intergalactic, fantasy, indie-pop. Inspired by movies, animé and David Bowie, Raissa is in a celestial lane of her own.

With unfaltering rockstar energy and the talent to match, Aziya is a guitar-playing singer, songwriter and producer, who has her sound down to a T. Her debut single ‘Slip!’ piqued the interest of music fans and tastemakers alike, cementing Aziya’s status as one of the most exciting indie stars of the moment.

Read our interview with Aziya

Holly Humberstone has previously described her music as “dark, wonky pop”, and really, there’s no better way to summarise her DIY sound. Over the last year, Humberstone has garnered a loyal following and received praise from some of music’s biggest names, making her a shoo-in for success.

Oozing self-confidence and self-love, Olivia Dean is the talented songwriter whose songs tell stories of growth and self-reflection. With such emotional maturity and lyrics that resonate so universally, Olivia Dean is quickly and deservedly rising.

renforshort is the new queen of teenage angst-driven pop-rock and a relatable voice of the digital generation. 90s-esque riffs and candid themes of anxiety and coming of age drive renforshort’s music, so it’s no surprise that she’s quickly gaining attention from young indie fans.

80s inspired London-based songwriter Phoebe AXA is the rising artist who first made a name for herself at an open mic performance at Latitude Festival. A self-starter through and through, Phoebe AXA has a very clear underground, alt-pop vision that, in 2021, is starting to reap rewards.

In a very 21st century turn of events, Sarah Kinsley’s music first gained traction on TikTok, where she received praise for her production skills. In addition to her keen ear for production, the New Yorker’s soothing vocal tone and atmospheric pop sound create an enticing sonic space that is undeniably sincere.

Read our interview with Sarah Kinsley

Rachel Chinouriri is bursting with talent, and writing alluring indie music that turns trauma and darkness into something beautiful is her forte. The aura she creates through eerie-pop grooves and clutching basslines is both heartbreaking and calming, which is what makes Rachel Chinouriri so enchanting.

Baby Queen makes music that sounds like it is straight out of a coming of age movie; memorable, electric and sure to make you feel something. If you’re looking for songs that make you want to get up and dance or sing along at the top of your lungs, Baby Queen is who you’ve been searching for.