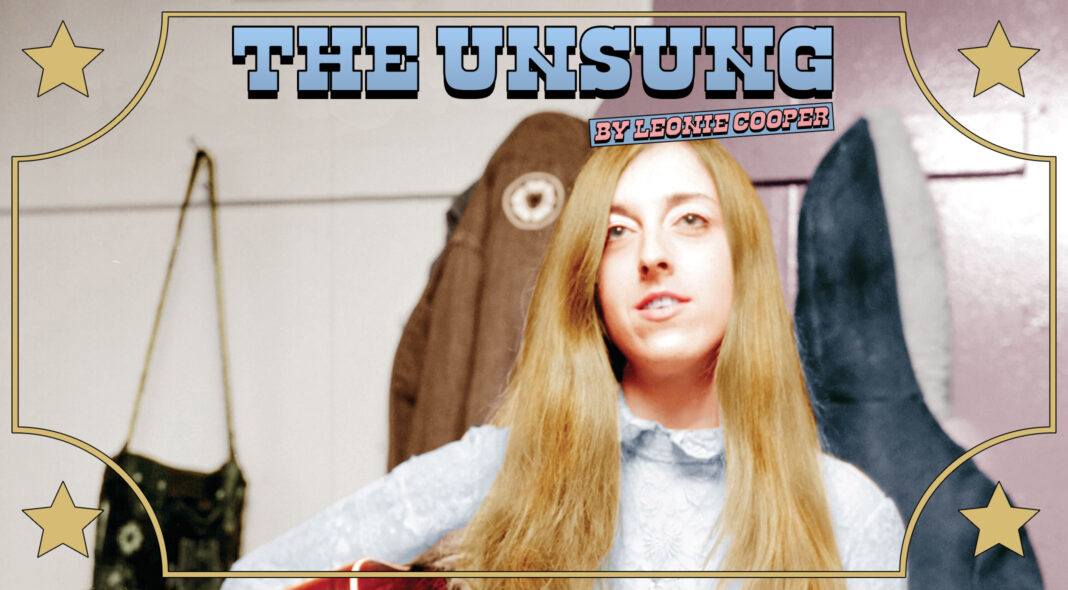 Fifty years ago Judee Sill released her gorgeous debut album. At just over half an hour long, the 11 tracks that make up ‘Judee Sill’ can still skewer your day with their heartworn folksiness, dreamy symphonic roots and shimmering, overdubbed vocals. Songs like the lilting ‘Crayon Angels’ and ‘Lopin’ Along Thru The Cosmos’ have an almost Disney-like quality. They are soft, fluttering things that dazzle with their sweetness, while Judee’s most famous track, ‘Jesus Was A Cross Maker’ burns with a hypnotic majesty. The song was about a “bandit and a heartbreaker” aka her contemporary and lover JD Souther, who broke up with Judee in order to date fellow singer Linda Ronstadt. “He went into the chambers of my heart and left it in disarray,” a heartbroken Judee told Rolling Stone. “I felt devastated.”

Devastation was something of a theme in Judee Sill’s short life. The picture-perfect heroes of the 1970s LA folk-pop scene have had their stories told over and over; The Eagles, Joni Mitchell, Crosby, Stills & Nash, Jackson Browne and the aforementioned Linda Ronstadt pop up regularly in idyllic Laurel Canyon retrospectives, skipping around in linen and good-fitting denim, perhaps with an acoustic guitar slung over one shoulder and a roll-up dangling out of a grinning mouth. But Judee Sill never seems to be a part of this world, despite the fact that she was the one who kicked it all off, being the first artist to release an album on David Geffen’s legendary Asylum Records.

Unlike her California cool contemporaries, Judith Sill was actually a Los Angeles native, born in the Studio City neighbourhood in 1944. With a childhood befitting of a Hollywood movie, her father was an importer of exotic animals for use in movies and also owned a bar in Oakland, upstate. It was there a young Judee learned to play the piano. After her father’s sudden death when she was eight, her mother remarried to an animator who had worked on everything from Fantasia and Pinocchio to Tom & Jerry. But this relationship was violent and abusive and a teenage Judee quickly spiralled off the rails.

This wasn’t just your average smoking-behind-the-bike-sheds brand of rebellion. Judee ended up marrying an older man and became involved in a series of armed robberies with him. She was sent to reform school and drifted vaguely back on track, singing in the choir and playing church organ. Not long after her release, Judee’s mother died and again she spiralled. She moved in with her acid dealer, but still kept up her music, joining a jazz band. A second marriage, to jazz pianist Bob Harris, who played for The Turtles, saw her drug use become far more intense, with heroin now her substance of choice. She turned to sex work and scams to pay for her habit and soon ended up in prison for forgery – she was behind bars when she discovered that another family member, her brother, had died. Joni Mitchell’s cosy life up on Lookout Mountain, this was not.

Yet despite all this, Judee’s talent shone through the tragedy. After her release from prison, she secured an opening slot with Graham Nash and David Crosby and through them met David Geffen, who was stunned by her delicate songwriting. Nash would produce the elegant ‘Jesus Was A Cross Maker’, yet Judee’s first album failed to capture the mainstream imagination. Its 1973 follow-up ‘Heart Food’ was just as intoxicating, featuring ‘There’s A Rugged Road’ – which Greta Gerwig covers in 2012’s Greenberg – and the sublime ‘The Kiss’, but again, nobody bit. Plans for a third album were derailed by Judee’s drug abuse and she ended up following in her step-father’s footsteps, working as a cartoonist. In 1979, at the age of 35, she died at home in North Hollywood of a cocaine and codeine overdose. Judee Sill had been living in such obscurity that for years many of her former friends had no idea she had died.