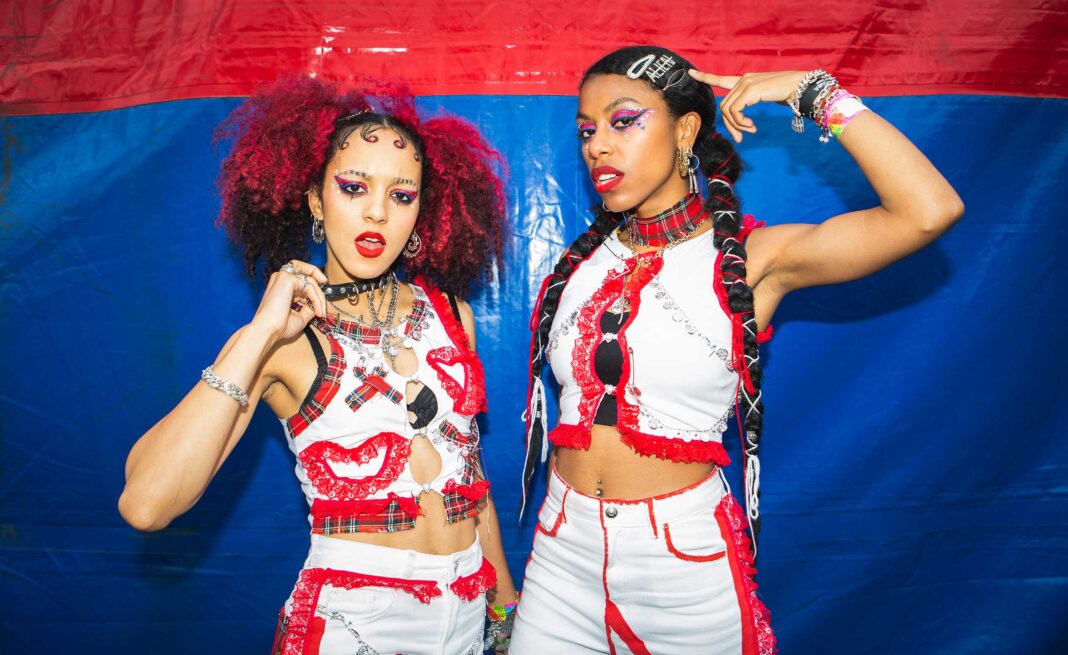 The backstage area at Glastonbury is always a who’s who of music. We sent our photographer, the charming and tenacious Jenn Five and her ever-poised camera behind the barriers to see who she could find. The answer: everyone of note!

It’s smiles from Big Joanie after they bossed their Park Stage set on early Sunday afternoon.

How adorable are The Regrettes? Looking incredible fresh-faced despite it being day three of the festival, these little cuties were about to take on The Left Field.

Girl In Red was really leaning into festival life when we spied her backstage.

Weeks after releasing her debut album ‘Time Bend And Break The Bower’, Irish spoken-word poet, Sinead O’Brien headed down to Worthy Farm for an emotive debut of some of the tracks.

The sisters Haim know their angles. Hopping up on a park bench after some cuddles with old pal Jenn Five, they were quick to deliver movie-star energy.

It was fighting spirit from Nova Twins who played not one, not two but three sets over the weekend. Britain’s hardest-working rockers? They might well be.

Sigrid showed up ready for all weathers in a pair of obligatory Hunter wellies.