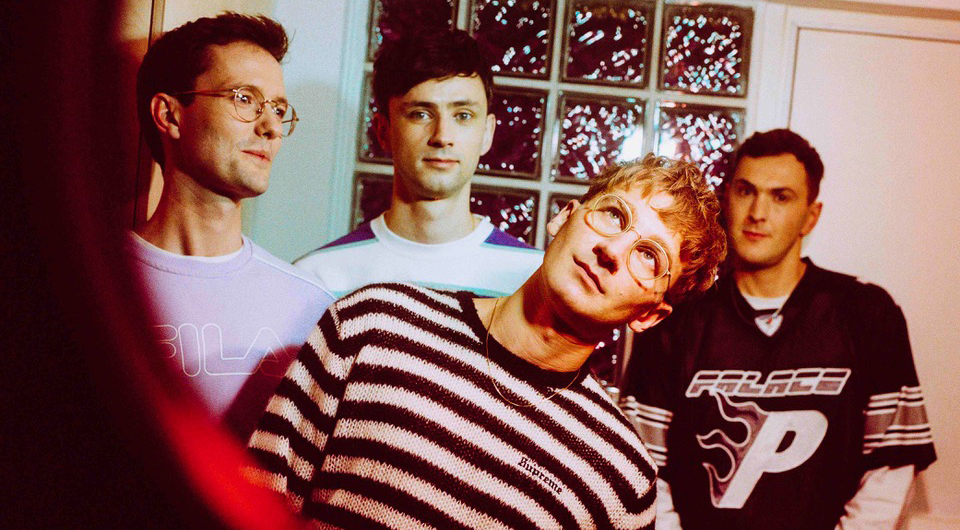 It’s been a rough couple of years for Glass Animals. Riding high after the release of 2016’s breakthrough album ‘How To Be A Human Being’ the dance-pop four-piece suffered a major setback: their drummer, Joe Seaward, was cycling in Dublin when he got knocked off his bike by a lorry. What followed was months or major rehabilitation with Joe needing to learn to walk – let alone drum – again. For the band, who all met at school, it was devastating.

But after much patience and perseverance, they’re back with a brand new album called ‘Dreamland’ due for release on August 7 and we’re pleased to say that Joe has returned to in his rightful place, behind the drums.

The record has been pushed back a couple of times due to the virus and the world’s unrest. This delay has given frontman Dave Bayley a lot of time at home which he’s spent playing Super Nintendo, hand-crafting strange merch and thinking up creative ways to engage with fans – like the band’s recent Open Source project, where they’ve released Glass Animals stems, artwork (and a 3D scan of Dave’s head) for the fans to go wild with.

For this episode of our Trash In The Attic podcast, Dave’s had a dig around his pad to gather up a series of random objects that mean something to him. From the teddy bear gifted to him by a fan to the wax udder sculpted for him by a Mexican Artist, oh and a pot of slime, Wavey Davey shares some untold stories with The Forty-Five’s Charlie Gunn.

Listen to the podcast below.

Don’t have Spotify? Listen on Acast or Apple Podcasts

Dave Bayley’s Trash In The Attic:

6. Glow in the dark slime