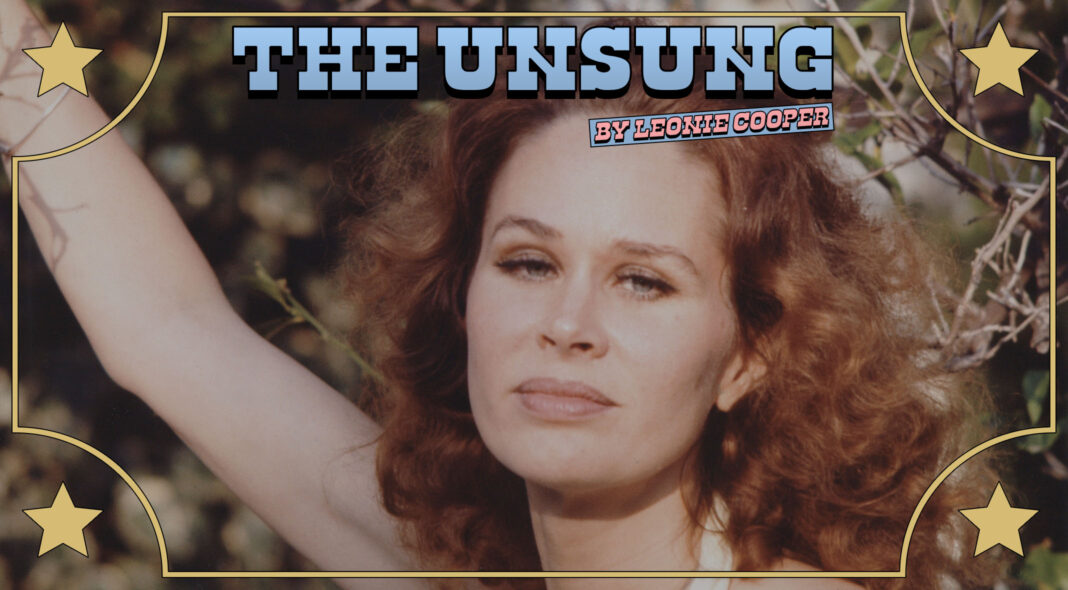 A couple of weeks ago I pulled on my very best cowboy boots – and yes, I do have a sliding scale when it comes to the quality of cowboy boots and their appropriateness for the occasion – and went to a BFI screening of director Robert Altman’s wild 1975 country music industry satire, ‘Nashville’.

There are many things to love about the film, from Gwen Welles’ glamorous but deeply untalented wannabe star to Elliott Gould’s impossibly cool cameo as himself. But one of the film’s stand-out turns comes from the great Karen Black, a Chicago-born actor who’d first nailed her colours to the counter-cultural mast with a brief appearance in ‘Easy Rider’ as a bedraggled sex worker who Peter Fonda and Dennis Hopper get incredibly high with in a New Orleans graveyard.

In ‘Nashville’, Karen plays the somewhat more wholesome Connie White, a flawless country queen with backcombed, bouncy blond curls and elegant gowns to match. She sings three songs in the movie, the majestic ‘Memphis’, a swinging singalong in ‘Rolling Stone’ and half of a perky ballad ‘I Don’t Know If I Found It In You’, all of which she wrote herself.

This wasn’t a one-off. A new collection of ‘lost’ songs recorded by the star by never released, ‘Dreaming of You (1971-76)’, have now finally seen the light of day, half a century late. A folksy and at turns unsettling album of 17 acoustic songs over simple guitar and piano, tracks like ‘You’re Not In My Plans’, a dark and doomy ballad worthy of Leonard Cohen, the haunting ‘The Wind Doesn’t Speak To Me Anymore’ and Karen Dalton style bounce of ‘Babe Oh Babe’ had spent the past decades gathering dust, not to mention the kind of decay which would render a lot of the other songs unsalvageable.

It was songwriter Cass McCombs who eventually brought them into the light. Cass had long known of Karen’s singular musical talent and collaborated with her on his 2009 album ‘Catacombs’, with Karen featuring on his song ‘Dreams Come True Girl’ and again on his 2013 album ‘Big Wheel and Others’. When she died that same year at the age of 74, Cass was in the middle of working with her on what would be her debut album. “She’d given me all of her poetry and I was trying to work them into some kind of meter that would work as songs,” he says. The two tracks they were able to record together – ‘I Wish I Knew The Man I Thought You Were’ and ‘Royal Jelly’ – feature on the new release, the first a rolling, one-woman perfect Mamas and Papas pop pastiche and the second a darker, quirkier Greenwich Village style shuffle.

“We only got through a few songs together before she departed but I kept the idea of finishing a record together and unearthed a moldy box of tapes from her garage,” explains Cass, who worked with restoration engineer Tardon Feathered to clean up what he could of the tapes, though much of the material was beyond saving and many tape boxes were empty, leading Cass to wonder where other unearthed songs might have gotten to. “Among these tapes were audio from all parts of her life, including the early ‘70s recordings that comprise most of the album. It was my honor to be the archivist and custodian of these recordings, songs that leap out with the markings of her indelible spirit.”