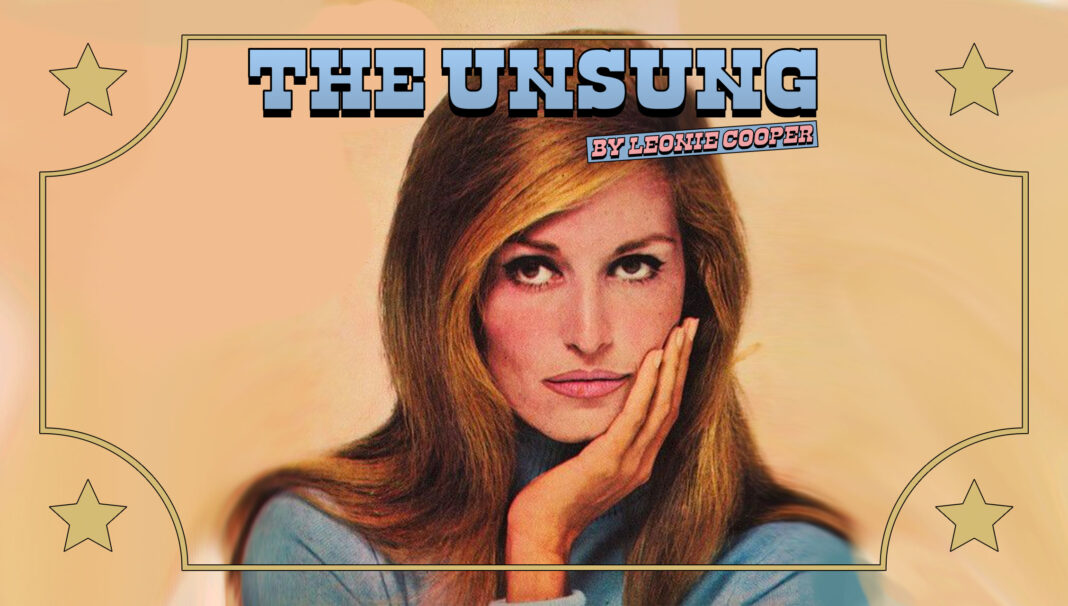 For the French amongst us (bonjour et merci d’avoir lu ceci), the name Dalida is every bit as legendary as fellow mononymous pop queens Madonna or Beyoncé. With her own square in Paris complete with a bronze bust boasting rather shiny boobs thanks to all the respectful rubbing by legions of fans, her own television and cinema biopics, endless theatrical productions in her name as well as commemorative stamps, coins and the most visited tomb in Cimetiere de Montmartre, Dalida’s icon status in France is guaranteed, not least due to the 170 million albums she had sold. Step outside of mainland Europe though, and this legendary, multi-lingual singer might not ring as many bells.

This month, however, Dalida’s music makes a welcome foray into Hollywood via Wes Anderson’s latest film, The French Dispatch. An accompanying album sees Jarvis Cocker crooning his way through a host of classic 1960s and 1970s French pop tunes and as well as the requisite Francois Hardy and Serge Gainsbourg, there perch a double whammy of songs made famous by Dalida: 1966’s ‘Dans Ma Chambre’ and 1973’s ‘Paroles, Paroles’, a duet originally sung with the dashing Alain Delon and with Stereolab’s Lætitia Sadier guesting on the Jarvis version.

Born in Egypt to Italian parents in the early 1930s, the glamorous Dalida was named Miss Egypt at the age of 20 and soon after her beauty pageant triumph moved to Paris to pursue an acting career. But it was with music that she’d find fame – and fast. Already working under the stage name Dalila, she added a ‘D’ and began taking singing lessons after the acting proved something of a false start. A natural behind the mic, her voice heavy with emotion and sensuality, she soon released a run of singles, including the operatic chanson ‘Bambino’, which featured on her debut album, ‘Son nom est Dalida’. To say it was a hit is an understatement. Bambino remained at Number 1 for a whopping 45 weeks and Dalida’s stardom was assured, with fans across Europe copying her signature heavy eye-linered look and swooning along to her stirring sounds. More hit singles followed and she was awarded the world’s first-ever platinum disc for her sky-high sales in the mid-1960s.

By 1970s Dalida had taken full charge of her own career, skipping through yé-yé and heavier sounds before launching her very own independent record label and introducing France to disco with her own spangly takes the 1930s song ‘J’attendrai’, which featured on her 1976 album ‘Coup de chapeau au passé’, which also saw an extremely silky version of ​​’La vie en Rose’.

Yet amongst all the outrageous success, Dalida’s life was full of tragedy, which ironically, endeared her even more to the French audience, who fell as much for the singer’s devastating private life as they did her elegant sound. In 1967 Dalida’s fiance, the singer Luigi Tenco killed himself when the pair’s entry to a song contest failed to win. After they separated Dalida’s first husband Lucien Morisse then also died by suicide, as did her lover the actor Richard Chanfray. Dalida too would take her own life at the age of 54 in 1987, leaving a note which simply read: “La vie m’est insupportable. Pardonnez-moi”.