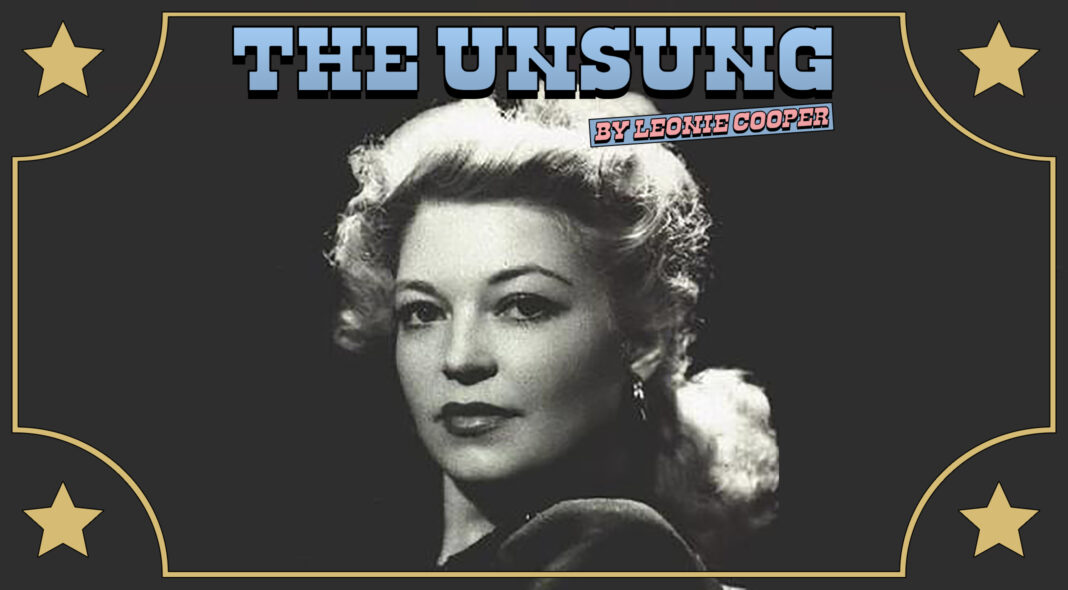 Hollywood is the land of apocryphal stories; everything from Lana Turner being discovered while sipping on a milkshake in a drugstore to Jayne Mansfield being decapitated in a car crash after getting friendly with celebrity Satanist Anton LaVey. Yet the strange tale of how country music songwriter Cindy Walker got her big break turns out to be pretty undisputed.

Born by the cotton fields of Texas in 1918, Cindy had been writing poems throughout her childhood and as a teenager started setting them to music, penning the dreamy dustbowl ballad Dusty Skies, which would later go on to be recorded by the king of Western swing, Bob Wills and The Texas Playboys. At 22 Cindy found herself on a family trip to Los Angeles, in possession of a song she’d written on spec for Bing Crosby. While driving down Sunset Boulevard, the family cruised by the Bing Crosby Enterprises offices. “I had decided that if I ever got to Hollywood, I was going to try to show Bing Crosby a song I had written for him called ‘Lone Star Trail,’” she told the Chicago Tribune in 1988. “My father said, ‘You’re crazy, girl,’ but he stopped the car.”

Cindy leapt out, strolled into the building and pitched her track, accompanied by her mother on piano. Bing wasn’t around, but his brother Larry was and loved the song. He arranged for Cindy to meet Bing the next day on the movie set he was working on and she made her first sale. Not only did the ‘Lone Star Trail’ go on to be a Top 10 hit for Crosby, but Cindy was offered a recording contract with Decca – then one of the biggest record labels in the world.

Cindy and her family stayed there for the next 14 years, with Cindy recording her own songs and appearing in the occasional movie, such as singing cowboy Gene Autry’s Ride, Tenderfoot, Ride. But it was writing songs for other artists that was her true passion. Over 50 of Cindy’s tunes were picked up by Bob Wills, including the boozy ‘Bubbles In My Beer’ and song of home-state pride, ‘You’re From Texas’.

In the mid-1950s Cindy and her mother returned to Texas, and the pair lived together – mother Oree helping her daughter out with melody lines as Cindy wrote lyrics on her pink typewriter.

Name any major country music artist and they’ve most likely sung a song written by Cindy Walker, from Roy Orbison to Merle Haggard. Cindy’s most famous tune – the swooping, sentimental ‘You Don’t Know Me’ – was written in the mid-1950s and was first made famous by Ray Charles. Elvis Presley, Allen Toussaint, Emmylou Harris, Van Morrison and Bette Midler are just a handful of the dozens of other artists who’ve also recorded the jazzy standard.

Willie Nelson was such a fan of Cindy’s that he recorded an entire album of her material, ‘You Don’t Know Me: The Songs of Cindy Walker,’ which was released on March 14, 2006. Nine days later, Cindy would die after a short illness. She was 87 years old and still lived in the small town of Mexia, where she had moved with her mother 50 years previously. A dedicated songwriter, barely a day went past where Cindy did not sit down at her typewriter and work. “Songwriting is all I ever did, love,” Cindy once told The New York Times. “I still can’t cook to this day!”

Hear Cindy’s influence in the music of: