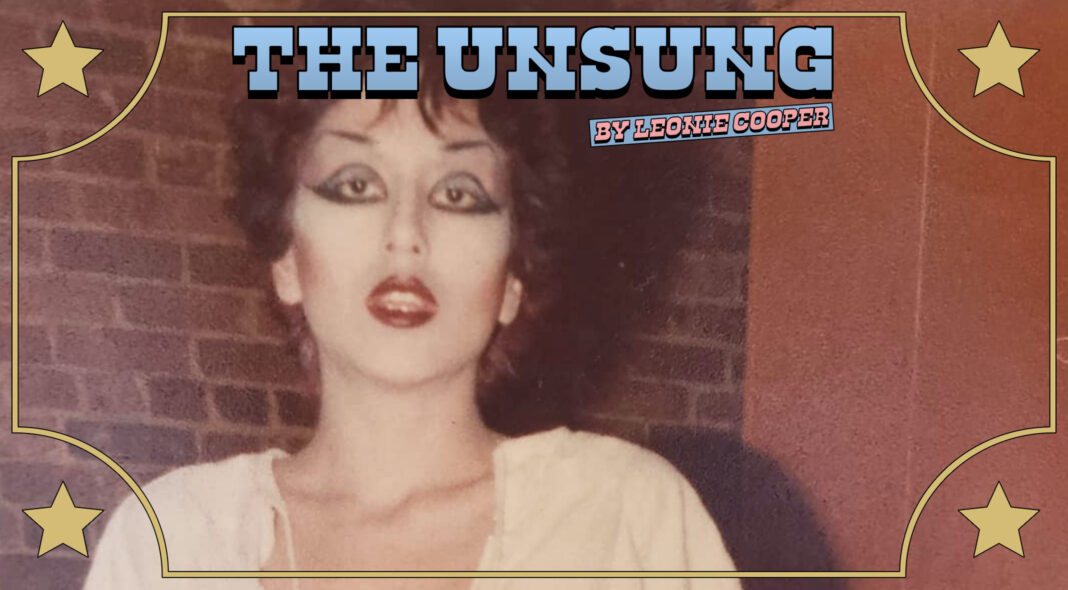 While certain UK punks were doing their best to be controversial by flirting with fascism (Sid Vicious’s thing for a swastika remains as stomach-churning today as it was in 1977), over in Los Angeles the punk scene set itself apart as a richly diverse haven for young creatives and outcasts who were convinced there was a better way of doing things. Up in the bucolic canyons people like The Eagles were taking over the world with their edge-free, smoothed-out folk music, but down in the gutters of Hollywood, a revolution was happening.

Leading the charge was Alice Bag. Born into an East LA-based Mexican family as Alicia Armendariz, she found an outlet for her teenage discomfort in the city’s burgeoning DIY scene. At first, the young Alicia attempted to form an all-female glam-rock band with her friend Patricia Morrison – who would later go on to play with everyone from The Gun Club to Sisters of Mercy and The Damned – first called Mascara and then Femme Fatale. But a change of plan was called for the night they went to see The Germs play their first-ever show. “I think seeing the scope of diversity, creativity and raw nerve that was presented on that stage really struck a chord with us,” Alice later told Another Man. “Patricia and I decided then and there that glam was part of the past and we vowed to form a punk band.”

Overnight, The Bags were born, with Patricia taking the band’s name literally by grabbing some brown paper shopping bags and cutting holes in them for the group to wear on stage. Their first show took place in August 1977 at The Masque in Hollywood. As messy as it was revelatory, The Germs’ Darby Crash invaded the stage and ripped off Alice’s homemade mask. “Despite the mask malfunction I felt myself turning into another person onstage,” remembers Alice, talking to Another Man. “It was a beautiful, horrible, chaotic release of pent up emotions. The energy poured out of me onstage.”

The Bags’ music was a vibrant mix that dug into Alice’s Chicano upbringing and melded it with the clattering rush of energy that was late 1970s US punk rock. The nihilistic blast of early track ‘Survive’ saw Alice yelping “We’re kids on a rampage/Ready to kill/Wild and teenage/Getting our fill” over scraggedy guitars in less than three minutes flat. Proto-hardcore, their sound would be a defining influence on the likes of Black Flag and Circle Jerks, who’d soon spring out of the southern California scene.

Alice has always been keen to stress the diverse nature of early punk. “I think women, people of colour, queers, and anyone who identified as ‘other’ were always involved,” she has said. “Even when bros in leather jackets were trying to push us off the dance floor, we’ve persisted. Punk has found its way back to its roots, which means inclusivity, diversity, a rejection of conservative patriarchal values and challenging the things we want changed in our world.”

Though The Bags split up in 1981 – check out a later incarnation of the group in Penelope Spheeris’ seminal Decline of Western Civilisation documentary where they’re billed as The Alice Bag Band – Alice has spent the past 40 years involved in maintaining and pushing forward the legacy of punk, working as a teacher and educator as well as playing with groups like Castration Squad, She-Riffs, Afro Sisters, Cholita, Las Tres and the Stay at Home Bomb collective and alongside the recently reformed Bikini Kill. Speaking out against racial injustice and for equal pay, she remains stridently political and is still making music – her most recent solo album, ‘Sister Dynamite’, came out in 2020, and is every bit as blistering as The Bags ever were.

HEAR ALICE’S INFLUENCE IN THE MUSIC OF:

Amyl And The Sniffers