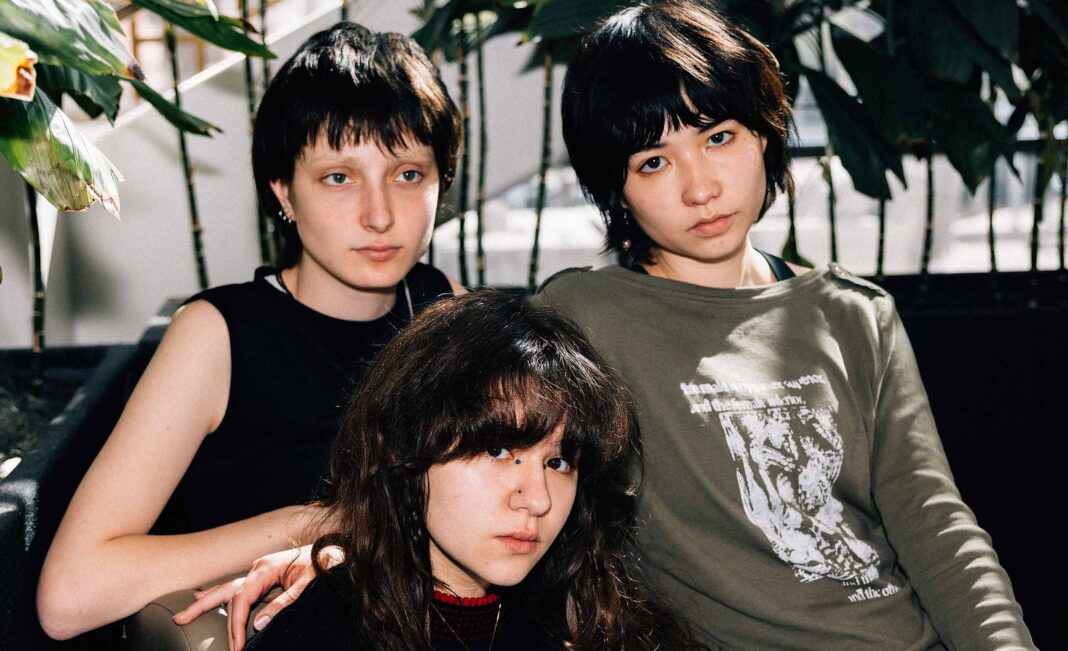 That’s a wrap on another SXSW Festival. We can’t quite believe it’s been two years since the great and good of music last descended on Austin for a fortnight of showcases and shenanigans. The Texas festival more than made up for lost time with a lineup that celebrated the breadth of exciting, global, musical talent; artists who have been busy honing their craft, itching for a chance to play live.

Our photographer, Sam Keeler, caught up with some of the festival’s most-hyped artists backstage for a quick chat and a snap.

Ahead of her support tour slot with Olivia Rodrigo, Baby Queen stops by SXSW to play two showcases of her Gen Z pop, hosted by DIY Magazine and BBC Music.

Read our interview with Baby Queen.

UK feminist punks Big Joanie are looking forward to bringing their “music and message” to Austin when we catch up backstage.

Maisie Peters can already name Taylor Swift and Ed Sheeran as fans and after this year’s SXSW, she’ll be adding a whole host more folks to that list.

Hannah Jadagu’s lo-fi, hazy indie is the tonic we need after the last couple of years. The New York artist was in town, playing three sets to showcase songs from her EP, ‘What Is Going On?’, which was released via Sub Pop last spring.

Undeniably one of this year’s most talked-about bands, Chicago’s Horsegirl take the hype – and recent signing to Matador – in their stride, their cool demeanour never wavering.

Jade Bird is all smiles after taking home the SXSW Grulke Prize for Developing Non-US Act. The prize, now in its sixth year, is given to artists ‘who are breaking new ground with their creativity and show the most promise in achieving their career goals.’ Not a bad accolade!

Korean hip-hop artist, Lil Cherry and her brother GOLDBUUDA pose for us by the river. Lil Cherry’s most recent single, ‘CATWALK’ features a guest spot from rap royalty, Rico Nasty.

Somewhere between Mazzy Starr and The Moldy Peaches lies Fake Fruit’s sometimes absurdist post-punk. We met them down by the water.

Ottowa’s Fanclubwallet was all smiles when we caught up with her downtown. Maybe it’s because her debut album, ‘You Have Got To Be Kidding Me’, is out in less than a month.

Listen to some of our SXSW 2022 picks on this playlist

READ MORE: Saddest Factory Records ‘Corporate Retreat’ at SXSW was the best staff meeting we’ve ever been to