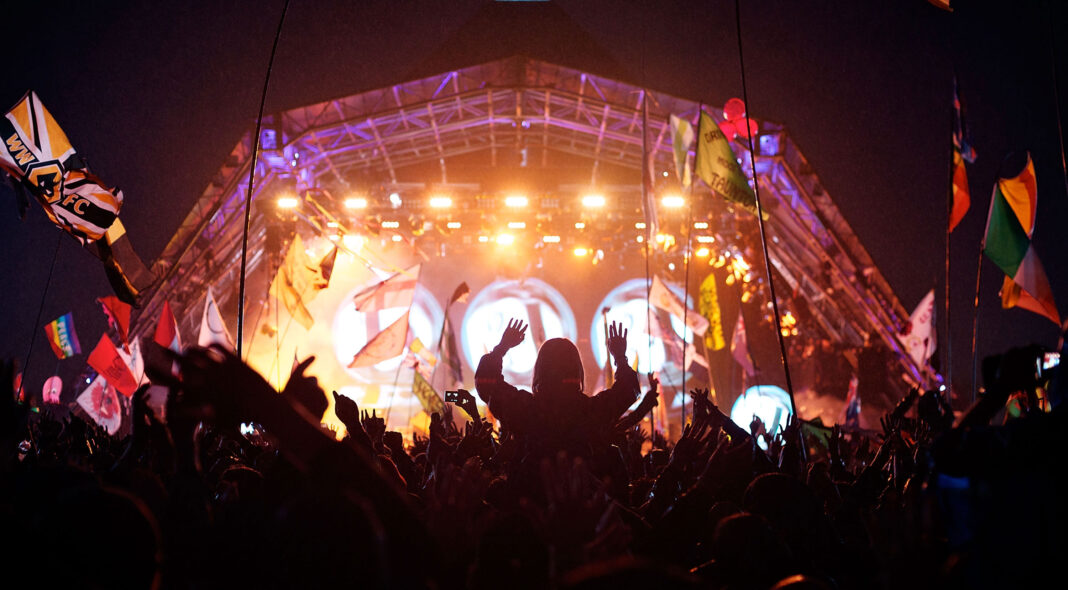 Glastonbury is no stranger to a secret set or a surprise performance and with this year marking the festival’s 50th anniversary you can bet the Eavises have a fair few things up their sleeves.

There are already a few TBC slots appearing on the stage breakdowns and the rumour mills are churning. These are the slots we’re waiting on.

The Chems were due to take over Arcadia’s spidery stage on Friday between 11pm and 1am but alas COVID has forced them to cancel. No replacement announced yet.

The band are Glasto vets, frequenting every year whether playing or otherwise. The secret glasto Twitter account recently tweeted this, seemingly suggesting that Bastille will be performing.

I think if Bastille had the nuclear codes and had to keep them secret, we’d all be dead. #CND pic.twitter.com/8WtGlEy8xW

Word on the street is that it’s one of the William’s Green Thursday slots.

Early arrivals on the farm have noticed that the working wristbands this year are adorned with watermelons. Could it be a sign that our favourite Harold is bringing a little sugar down on the farm? The rumour mill reckons he could pop up with Billie Eilish during her headline set. Billie previously brought out Damon Albarn and Hayley Wiliams to join her at Coachella, so there’s definitely space for a little Harry cameo.

Elton John is full of surprises. Today alone, he released a track with buzzy post-punk band, Yard Act. Rumours are flying that he will make a Worthy appearance this year as he has a gap in his schedule on Saturday before he plays a Bristol date on Sunday. Bristol is just down the road, really.

They have a Glasto-shaped hole in their Hella Mega tour dates on Sunday. They’ve never played Glastonbury before (which is crazy, when you think about it). Fingers crossed for a double Billie weekender!

Rumours swirling in Reddit are that Mr White is playing The Park stage on Sunday.

With a new (really fucking great) album out there and a previous headline slot under her belt (she stood in for Foo Fighters when Dave Grohl broke his leg), Florence is a prime candidate for a Glastonbury secret set.

One of the TBC slots is 2pm on the John Peel stage. Fans have spotted signs on site listing this as Gold Rush Kid, which is the name of George Ezra’s new album. No so subtle, there Glastonbury!

READ MORE: Glastonbury 2022 lineup and everything we know so far