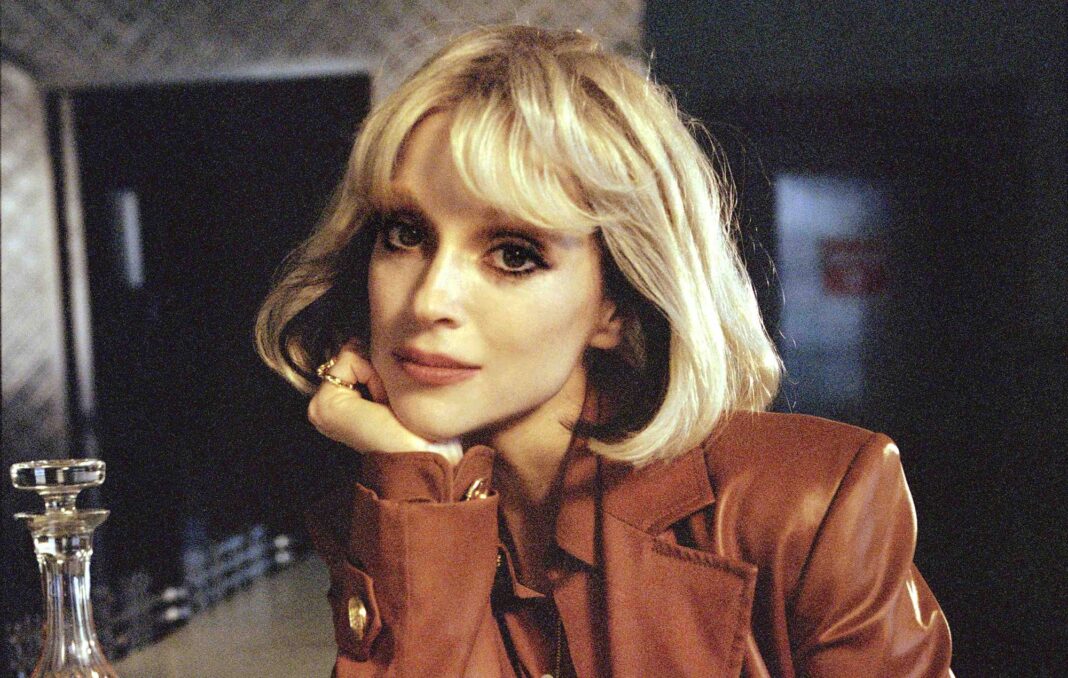 “Who wants to be themselves all the time?” wonders Annie Clark. The artist known as St Vincent remains essentially unknowable, ever since her debut record in 2007. She possesses Bob Dylan’s great meld of fakery and emotional truth. She holds pryers and pigeonholes at arm’s length. She’s won Grammy Awards for best alternative music album (2015’s ‘St Vincent’) and best rock song (2019’s ‘Masseduction’), a chameleon embraced by the classic guitar crowd and alt-pop connoisseurs alike. Her crazy golf course of collaborations bound from David Byrne to Dua Lipa, Jack Antonoff to Nine Inch Nails and Paul McCartney. She’s been an “asexual Pollyanna”, a cult leader, a housewife on pills, a “dominatrix at the mental institution”.

It’s a career that makes room for the entire, complicated human experience, and, crucially, room to fuck up – and that’s the crux of her sixth album, ‘Daddy’s Home’. The title is partly literal. In 2019, St Vincent’s father was released from a ten-year prison sentence for stock manipulation crimes. “There’s a sort of dullness to incarceration where you don’t have any control,” she said in March’s cover story for The Forty-Five. “It’s like a thud at the basement of your being. So I wrote all about it.”

Tabloids divulged her father’s incarceration, but on ‘Daddy’s Home’, the story belongs to St Vincent. “I signed autographs in the visitation room,” she sings on the title track, a noodling homage to her childhood musical love Steely Dan. The album codes her dad’s vinyl collection – Lou Reed, David Bowie, Sly Stone, Stevie Wonder – into her musical DNA, a love letter to New York circa the post-idealism, pre-punk era of 1971-75.

‘Daddy’s Home’ may be another artistic regeneration, but nostalgia and looser grooves mask gnarly topics: behind the sepia sunglasses St Vincent burrows closer to home than ever before, skewering society in the process. “Yeah, you did some time / Well, I did some time too,” she sings, incarceration just one trap amid many posed by white, heteronormative, patriarchal capitalism.

Warmer and freer than the wipe-clean PVC of previous work, ‘Daddy’s Home’ is loose in every sense of the word, down to the “pervy as hell” name which, along with the moog on ‘Pay Your Way In Pain’ and ‘Down’, offers a bridge from ‘MASSEDUCTION’. But Wurlitzer, sitar-guitar, lap steel, and flutes waft the album somewhere into the future, by way of the past. Dropping the forceful thrust of previous records, ‘Daddy’s Home’ moves around you slowly like the enveloping smoke of some downtown bar.

Decadent debauchery permeates its every corner: Prince filth, the plastic drip of David Bowie’s 1975 ‘Fame’, a rolling riff on ‘Somebody Like Me’ that recalls inheritors of seventies prog-folk, Syd Matters. Meanwhile, ‘Down And Out In Downtown’ – “last night’s heels on the morning train / it’s a long way back downtown” – sabotages the naïve, pie-sky love of Sheena Easton’s ‘My Baby Takes The Morning Train’.

For ‘Daddy’s Home’ is as much 2021 as 1971: wrought by social unrest, a rubble-strewn limbo between outgrown norms and the need for a new, accommodating world. ‘My Baby Wants A Baby’ exposes the absurd, prevailing expectation to become a mother. “But I wanna play guitar all day / make all my meals in microwaves,” St Vincent points out, qualities not particularly conducive to parenthood. She can make as many great albums as she likes: society still sees babies as the ultimate marker of female success.

‘The Melting Of The Sun’ is the record’s flowing core: a sliding, seductive tribute to brilliant women overlooked or suppressed – and not just in the seventies. Joni Mitchell, yes, but also Marilyn Monroe, Nina Simone, and Tori Amos, eternally significant female figures. It’s one example of the way ‘Daddy’s Home’ lets you wallow in a certain decade and persona, without surrendering relevance, outlook, or urgency.

So don’t be fooled by the strutting funk and Sylvia Miles aesthetic. Though every track remains entirely committed to seventies bohemia, ‘Daddy’s Home’ is a steely gaze forward. Even the Beatles/Pink Floyd psych vortex of ‘Live In The Dream’ commands a strong vision of the future, while the album’s story of human survival is timeless and universal. You don’t need wide lapels, velvet flares, and a glass of bourbon in hand to relate.