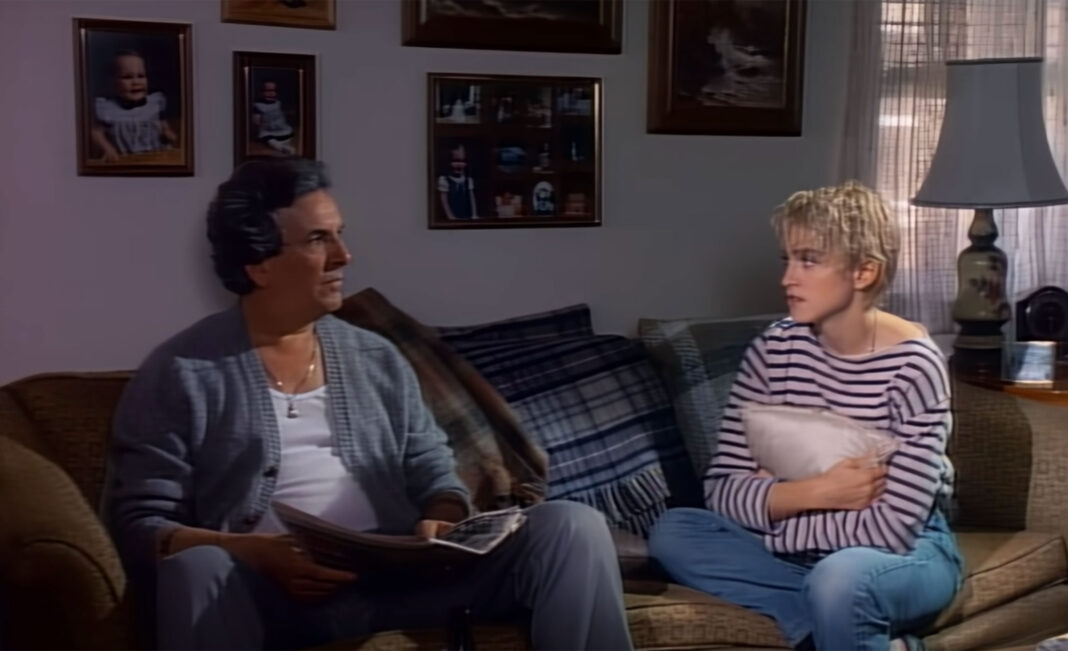 These songs about dads are a mixed bag. Some of the fathers in question are heroes, cheering you on from the little league sidelines. Others are writing you a letter about how they’re getting sober (but you don’t have to read it). Much like father/daughter-or-son relationships IRL, these daddy dears are complex but the songs share a poignancy only reserved for your flesh n’ blood. So whether your dad is a right shitbag (sorry) or he’s scooping up Father Of The Year, stick on this playlist and be grateful, at least, that sperm met egg and you are here in this wonderful world, doing things your way.

The “pop” song to end all pop songs. This huge moment in music history sees good Catholic girl Madonna begging her father for help, after falling pregnant out of wedlock. “Papa Don’t Preach, I’m in trouble deep” she asks. Iconic.

This song from Glasgow’s miserable indie heroes really gets you in the gut. Here, they lament their absent pa, while knowing that the real loss is his own. “You could have had it all/ You, me, and mum you know”.

Dolly Parton – ‘Daddy Come And Get Me’

Uh-oh! Some no-good lover has locked Dolly up in a mental institution because she got a wee bit jealous about his new woman. Here, she begs for her Daddy to come and rescue her. Poor Dolly. She really has the worst luck.

In ‘Daddy Lessons’, Beyoncé credits her father for making her tough. While their relationship is clearly not all roses, there is a lot of admiration here for Papa Knowles.

Yes, Bridgers’ ‘Punisher‘ crown jewel is about being on tour in Japan but at its core, ‘Kyoto’ reflects on Phoebe Bridgers‘ complicated relationship with her father. “With my little brother/ He said you called on his birthday/ You were off by like ten days/ But you get a few points for tryin’“. It’s a familiar tale of a dad who isn’t exactly the worst, but is just endlessly lacking.

Daddy, in this instance is of course, Billy ‘Achey-Breaky heart’ Rae Cyrus, which goes a long way to explain Miley’s gravelly country twang. When she was still Hannah Montana, the pair wrote this sickly father-daughter duet.

Eric Clapton never met his dad, who died of Leukaemia in 1985. He also suffered a second, monumental loss when his own son, Conor, tragically died at age four after falling out a window. The song ties the three generations together, with Clapton seeing familiarity in each other’s eyes.