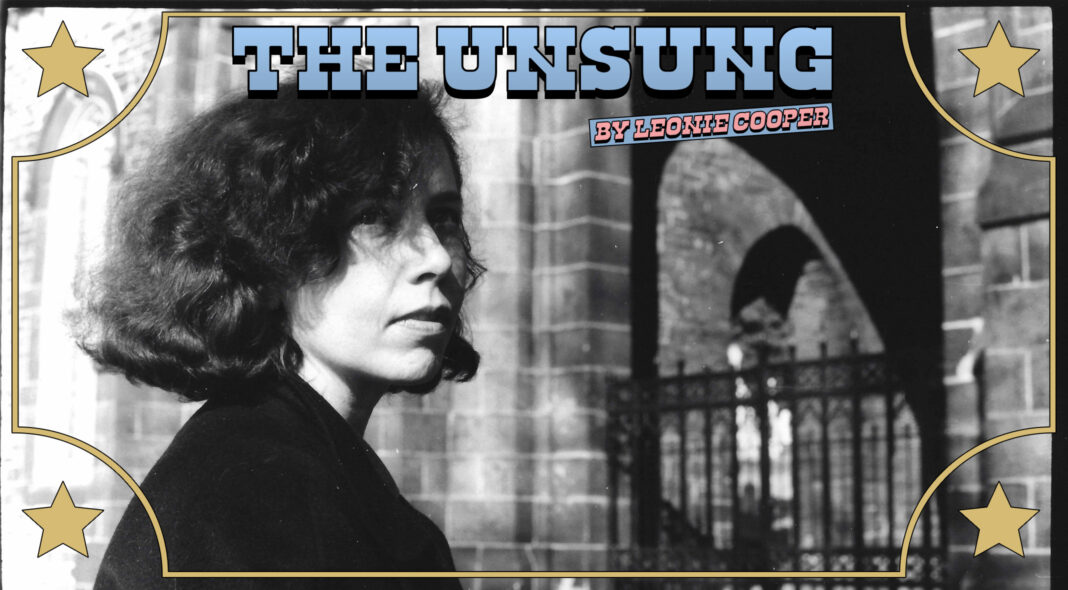 As one of the pioneers of the 1980s’ lo-fi home recording micro-scene, you can’t help but think that Linda Smith might have secretly enjoyed the global stay-at-home orders that we’ve all been subjected to over the past 12 months. Recording her debut album, 1987’s ‘The Space Between Buildings’, in her Brooklyn bedroom, her jangling DIY songs – think the Velvet Underground at their most hypnotic mixed with Laurie Anderson’s deadpan delivery over chippy Casiotone keyboards – are the sound of domestic disco decades before Sophie Ellis Bextor ever decided to pull on the sequins and get partying in her kitchen.

With New York indie label Captured Tracks gearing up to releasing the first ever retrospective of Linda’s work, ‘Till Another Time: 1988 – 1996’ whittles eight years into 12 tunes, from the Kinks-go-new-wave stomp of ‘I See You Face’ to the post-punk psych of ‘Gorgeous Weather’ which does a spooky one woman Mamas and the Papas-inspired stomper and the folksy balladry of ‘Imaginary Conversation’.

A native of Baltimore, Maryland, Linda started writing music in the late 1970s, inspired by Young Marble Giants and The Raincoats, in 2015 telling the Women in Sound fanzine that she was drawn to their untrained, fuss-free approach because “there seemed to be a sincerity in their music”. Linda strived to do the same and in the 1980s started playing guitar in a band called Woods. Living in New York, she’d purchase a 4-track recorder in order to record demos before playing them to other members of the band, but soon she realised these songs weren’t for sharing. Instead she started crafting her own cassettes, thoughtfully putting together albums, which without a record label, were heard by relatively few people. “I felt like a rarity in that world,” explained Linda years later, upon realising that she was one of the women working within the small but dedicated home-taper network. “Most, if not all the people, who contacted me about my music in the old days, were male.”

Without commercial pressure, Linda’s sound was as personal as they come, undiluted by the whims of a producer, label or engineer and instead a pure expression of her own feeling and state of mind. It’s this that makes songs like the dreamy ‘I So Liked The Spring’ even more affecting, it’s loved-up lyricism trickling over hypnotic guitar as Linda sings: “I so liked the spring last year/Because you were here.”

Now of course, everyone from Grimes to Billie Eilish have recorded in their bedrooms, but 35 years ago home taping was deeply subversive, a chance for an artist to do things their way and share it with others without the need for a middleman. Of course, in the days before SoundCloud could beam your music into the homes of millions, this was hard work. A one woman cottage industry, Linda would make her own tapes to sell or to trade with other bedroom recording artists, designing covers and assembling the albums, too. In order to get the word out, she’d place ads in music magazines. “It was exciting to get letters and packages from all over,” she told The Living Archive of Underground Music back in 2011, relying on the US Mail to get her music across America.

Linda released her last album, ‘Emily’s House’, in 2001, ending her musical career to focus on visual art, but leaving a quiet kind of revolution in her wake.