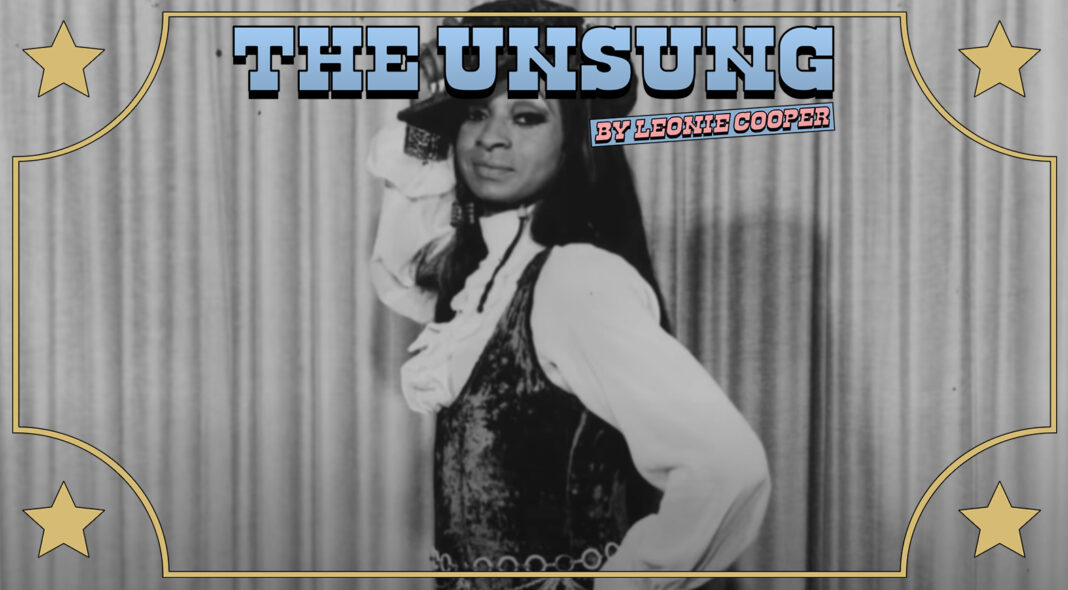 To hear Jackie Shane’s voice is to hear fireworks. Dazzling, breathtaking and brilliantly illuminating, the singer was the epitome of a soul sensation, except for the fact that she was barely known outside of her adopted hometown of Toronto for years. It wasn’t until 2017 that Jackie’s music was dusted down and reintroduced to the world via the 25-track ‘Any Other Way’ compilation – which was nominated for the Best Historical Album Grammy – a release that let her smokey, full-throttle brand of 1960 R&B numbers sway and swing together once again.

Born in Nashville in 1940, Jackie escaped the deep-seated, brutal racism of the south by joining a travelling carnival as a teenager. She ended up in Canada, singing with a local R&B band and releasing her first single in 1962, a rolling, confidently strutting cover of Barrett Strong’s Tamla anthem ‘Money (That’s What I Want)’. A decade of assured music and performance followed, with groove-ridden tales of love amidst poverty (‘In My Tenement’) and punchy takes on the era’s sassiest soul numbers (‘Walking The Dog’). There were also tours with Etta James as well as talks with George Clinton about joining the Parliament/Funkadelic family. Jackie even turned down a number of major label deals after hearing tell of how Motown’s Berry Gordy didn’t let his artists have a fair enough cut.

But it wasn’t until the ‘Any Other Way’ release people would discover just how groundbreaking Jackie was. Many of her contemporaries assumed that Jackie was a lesbian, a pro with the winged eyeliner who would often wear slick trouser suits on stage which bucked the sixties trend for girl singers in spangly sequin mini dresses. Her heartfelt take on ‘Any Other Way’ saw the eloquently delivered line “Tell her that I’m happy/Tell her that I’m gay” hint at life lived outside of the mainstream too. After years of ambiguity Jackie’s identity as a trans woman was revealed in the liner notes for her comeback compilation.

It had taken Douglas Mcgowan from the Numero Group record label two years to track Jackie down in order to get the release together. Jackie had returned to Nashville in the early 1970s to care for her sick mother and hung up her microphone in the process, disappearing entirely from the public gaze. “Jackie’s story rewrites history for people,” Mcgowan told The Guardian when the compilation was released on the Numero label, complete with Jackie’s untold history. “It tells young people that some people have been fighting for rights before there were even names for their causes.”

With fresh interest in Jackie, who was now heralded as a pioneer, the singer seemed reborn. In the same article she spoke of planning to tour again, buoyed by the support of a new generation, who felt freer and safer when it came to discussions of gender identity. “People have come up to me and said, ‘Jackie thank you. You made it possible for me to have a life.’ That’s why I was there,” she said. “My whole approach is to get you to go up against wrong. I don’t bow down. I do not get down on my knees. The lowest I go is the top of my head. This is Jackie!” Sadly, just over a year later, Jackie Shane passed away at her home in Nashville, her cat Sweetie by her side, once and always a total superstar.

Hear Jackie Shane’s influence in the music of: