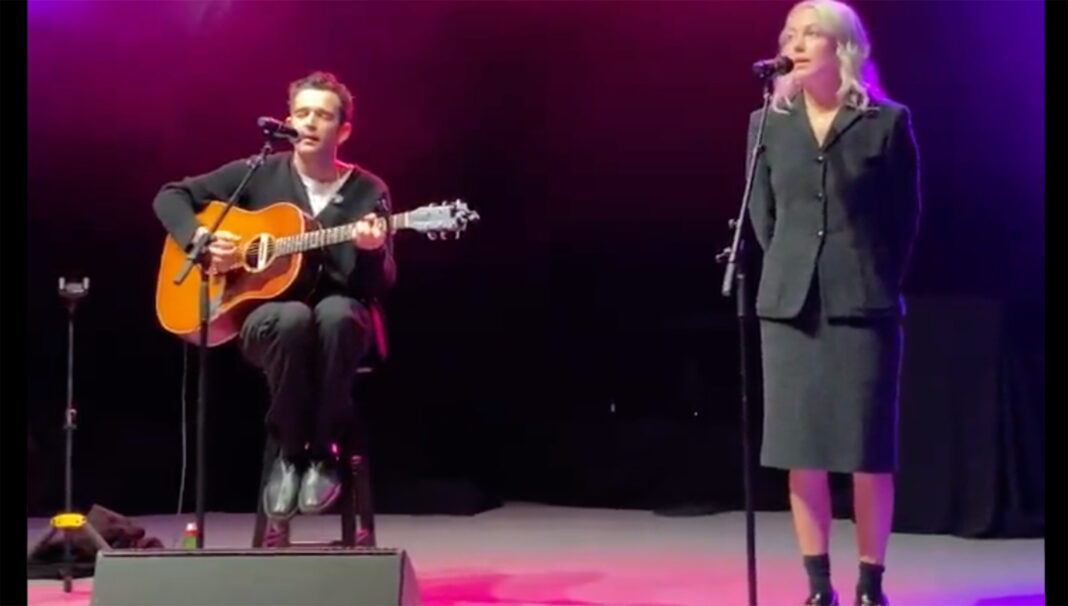 Phoebe Bridgers loves to tease her fans and last night, ahead of her show at Los Angeles’ Greek Theatre, a cryptic tweet suggested something was about to go down.

Fans who turned up early would get to witness The 1975’s Matty Healy playing a surprise opening acoustic set for Bridgers, where he debuted two unreleased songs – perhaps from the new 1975 album?

He introduced one of the tracks as being called ‘New York’, a love song about missing someone while in The Big Apple.

He was then joined by Phoebe to play ‘Jesus Christ 2005 God Bless America’ – the song Phoebe features on from The 1975’s fourth album, ‘Notes On A Conditional Form’.

Last year, in an interview with The Forty-Five‘s Aimee Cliff, Phoebe told us that “Jesus Christ 2005 God Bless America’ was “a duet, but the people in the duet don’t want to fuck each other. It’s a love song of two lonely people”. Read the full interview with Phoebe here.

Matty Healy is also responsible for Phoebe’s love of British comedy Stath Lets Flats – reportedly introducing her to friend of the band, Jamie Demetriou, the show’s creator and star.

The 1975’s fifth album is in the works with manager, Jamie Oborne, tweeting that he’d heard some demos back in August. There’s no release date as yet but with Matty making his first performance in some time, could it be a sign that it’s imminent?

Read everything we know about The 1975’s new album