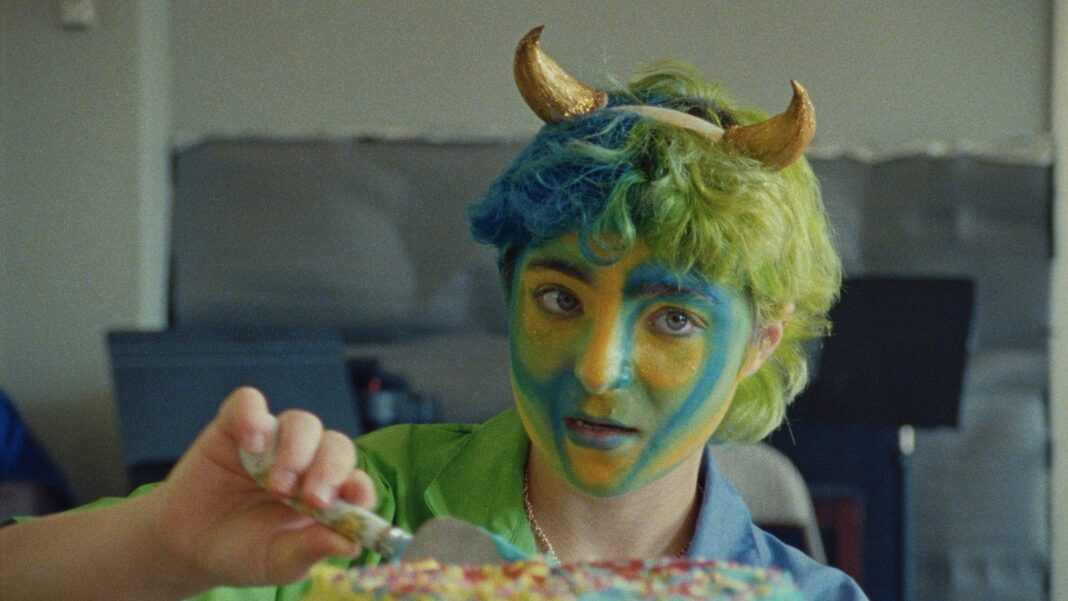 Hot off the heels of announcing her new record label, Phoebe Bridgers has revealed its first signee, New York artist Claud, and their new single ‘Gold’.

New track ‘Gold’ is a painfully infectious quirky alt-pop tune about a relationship falling into disrepair.

“I need something different than the way this is/ Cause I feel like I’m falling in” sings Claud, over a tootliing bassline.

Of the track, the artist says: “Imagine stepping onto a ship that’s moving back ‘n forth back ‘n forth but perfectly in time. ONE, two, three, four, ONE, two, three, four, ONE… You know you’re sinking but at the same time you’re mesmerised by the way the ship synchronised itself with the sea. I have never been on a sinking ship in the middle of the sea but I have been in a relationship.”

The accompanying video sees Claud dressed as a monster, in a how-to-be-human training class. “‘Gold’ is about contradictions; an instructor attempting to teach a class of monsters proper manners so they can assimilate”, Claud explains. “A relationship getting so tired and so old that even gold starts to rust (which isn’t scientifically possible).”

It’s a strong start for CEO Fake Nudes and we’re excited to hear more from Claud and Saddest Factory.