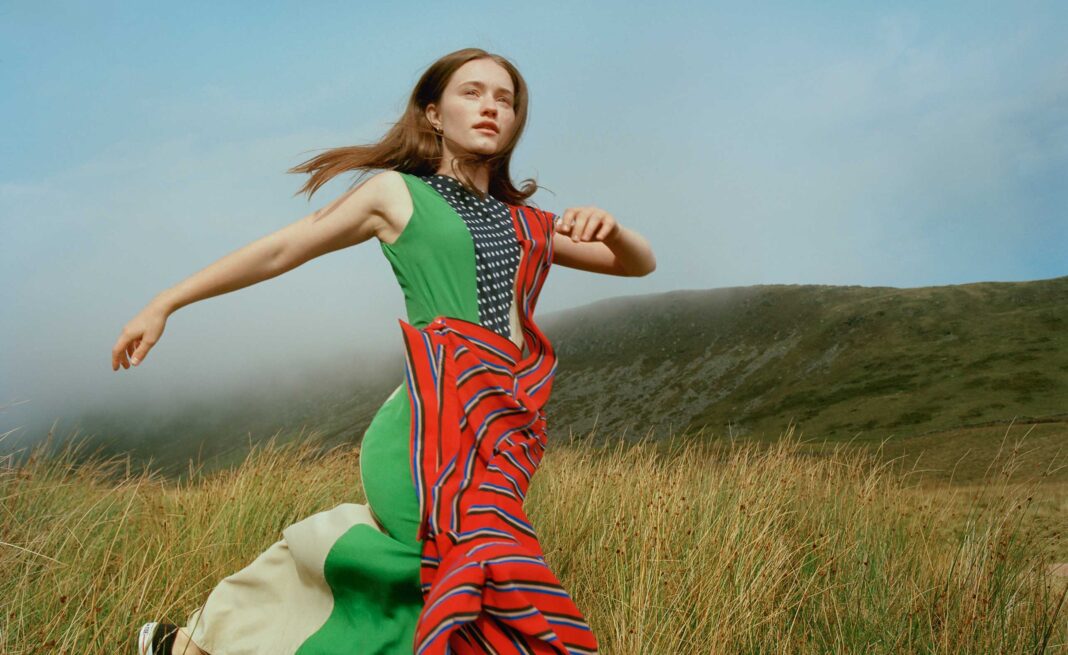 Within minutes of ‘How To Let Go’, it’s clear that Sigrid‘s second album is a different kind of beast. An artist who spent the early days of her career being universally lauded for having a rare kind of authenticity – from her relatable pop persona down to her adored white tee and jeans – she’s spent more time grappling with her image than such self-assured pop sensibility would suggest.

But the obsession with her minimalism trickled into scepticism when critics suggested it was a mere marketing ploy. “I was really frustrated and confused – it felt like it wasn’t mine anymore,” she said of the mischaracterisation. But the journey to reclaiming her authentic self has culminated with ‘How To Let Go’, an album which radiates with self-confidence and embraces all sides of the Norwegian pop star. This renewed poise glows in the music video for disco romp ‘Mirror’, where she’s styled in both casual fits and high fashion get-ups. “I love who I see looking at me / In the mirror,” she sings in a joyous celebration of her multifaceted self.

This new-found perspective roars in the mighty, chest-out ‘It Gets Dark’ – the album’s biggest, boldest anthem about embracing the bad to cherish the good. A similar hang-up is explored on ‘Bad Life’ with Bring Me The Horizon’s Oli Sykes, a surprisingly contemplative moment from the typically high-octane rocker, which admittedly struggles to mesh with the rest of the album. Meanwhile, the range of melodic direction remains inspired, surrendering to the pull of the most inviting hooks. Deceptively understated vocals are showcased on ‘Risk of Getting Hurt’ and in the sparkling, layered harmonies of ‘Grow’, which masterfully weaves mellow earworm melodies with ambitious, contemplative vocals. There’s also the scandi-pop melodrama of ‘Burning Bridges’, a liberating surrender to clean breaks.

While Sigrid has proved she’s more than capable of commanding dance floor-ready bangers, the embrace of the old-school is a fitting new direction. Heard in the earthy acoustics of ‘Dancer’, the shimmering disco highlights of ‘ ‘Driver Saved My Life’ – which resembles the retro fun of The Buggles and early noughties groove of Sophie Ellis Bexter – or even the melodrama of ‘Mistake Like You’, complete with an 80s electric guitar solo.

‘How To Let Go’ is more than just a battle with exteriors – it’s about navigating relationships and stumbling out of the darker moments, all to come out on the other side a better, more certain version of yourself. On her second record, Sigrid is back with a wiser head on her shoulders and bigger bite, showcasing her boldest, realest self.

Poppy Ajudha – ‘The Power In Us’ review: a politically-charged and vibrant call to arms