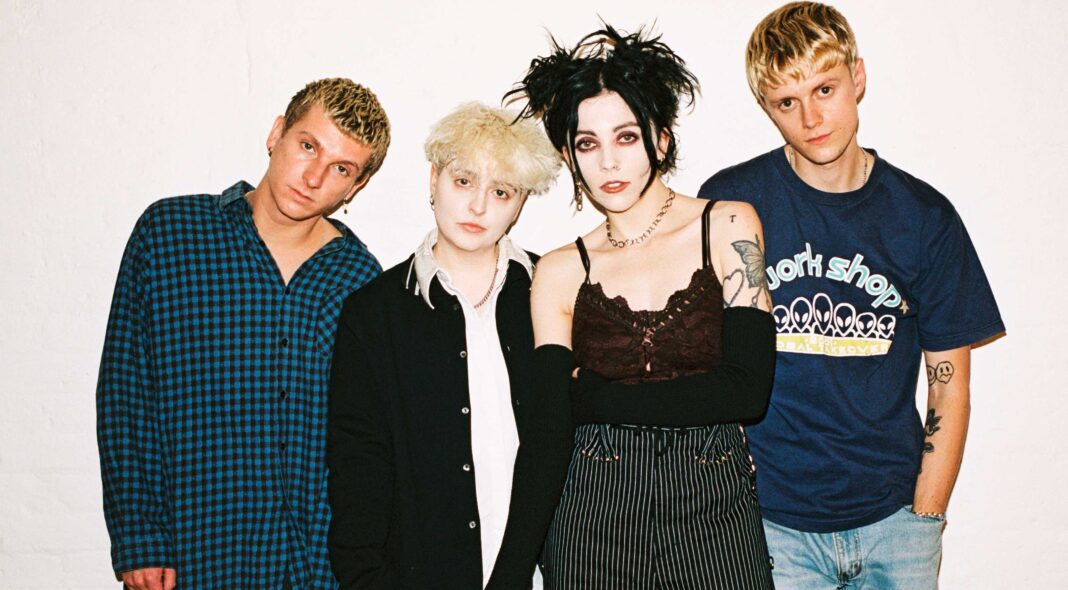 Listening to Pale Waves’ third album, ‘Unwanted’ feels like being back in 2002: like dancing around your childhood bedroom using a hairbrush as a microphone spending weekends buying CDs in shopping centres. It continues in the punchy pop-punk vein of 2021’s ‘Who Am I?’, filled to the brim with nostalgia-driven emo angst.

“Avril Lavigne is probably my favourite artist of all time,” singer Heather Baron-Gracie told us last year, adding that she doesn’t mind the comparisons. However, ‘Unwanted’ is the band’s second album that’s heavily influenced by the 00s tomboy icon and it’s hard not to wish for a track or two that sounds like something fresher.

The album gets off to a promising start with lead single ‘Lies’, an angsty, boisterous heartbreak track, but the ‘I’m-better-off-without-you’ kind. “I’m feeling better off alone,” Heather sings over thrashing garage rock-infused guitars. “I know I’m better than that.” This unapologetic thread continues throughout and even the more emotional moments are delivered with a defiant smile.

Pale Waves’ second album ‘Who Am I?’ was a portrait of the band following a near-fatal bus crash and clashes over creative differences that triggered a period of deep self-reflection. But it was also about love. Heather’s openness about her sexuality led to songs directly referencing her girlfriend, Kelsi Luck. Lyrically, ‘Unwanted’ is darker, expressing more anger and dissatisfaction. Heather described it as “bold and unapologetic and that’s what the Pale Waves community is about. We don’t need to fit a perfect mould, we don’t need to apologise for being ourselves, and we don’t change for anyone. That acceptance is what connects us.”

Slower-paced contemplative tracks like ‘Numb’ and ‘The Hard Way’ explore mental health struggles and ‘Without You’, ironically, has shades of Avril Lavigne’s ‘I’m With You.’ Queer love song ‘Clean’ is a standout track with some classic pop punk “na na na na na’s” thrown in for good measure. On ‘Who Am I?’ Heather’s love interest was a religion and on ‘Unwanted’, she’s a drug. ‘You’re So Vain’ spears a narcissistic partner with an angst-ridden, yet polished delivery. The more upbeat tracks are tailor-made for energetic live shows, especially for anyone whose parents didn’t let them go to pop-punk gigs the first time around.

‘Unwanted’ continues comfortably riding the wave of the emo revival with production help from Zakk Cervini who has worked with Blink 182, Halsey and Machine Gun Kelly. It’s a tried and tested formula that’s worked for the band before as well as others such as Olivia Rodrigo and WILLOW but after a few songs, the 00s pop-punk sound starts to feel repetitive. Nostalgia alone isn’t enough. There’s fun and comfort to be found in the infectious riffs, but ultimately, it leaves you longing for a taste of something new.