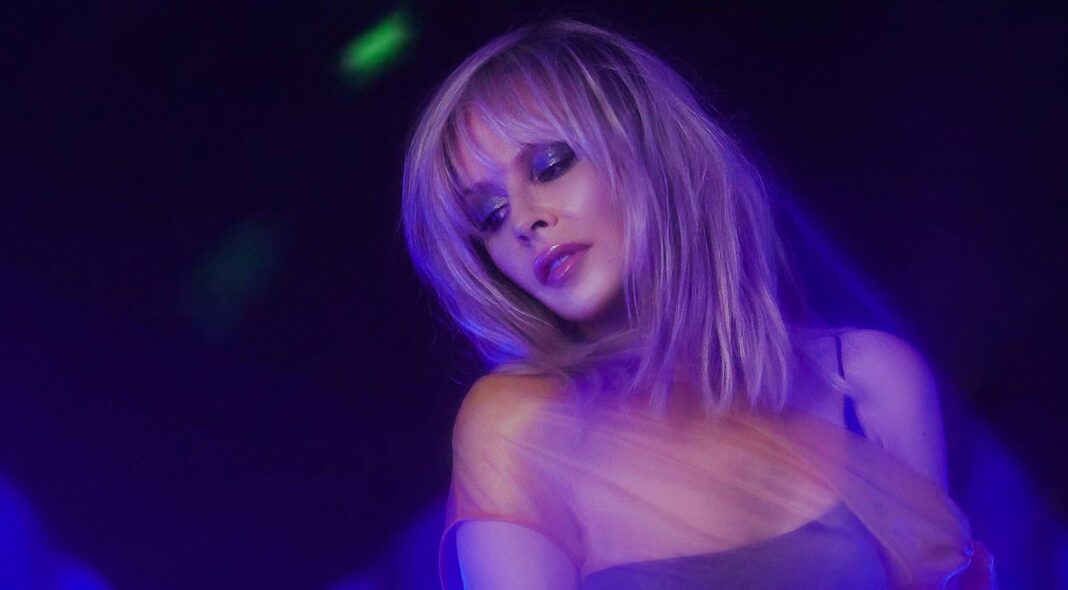 According to legend, disco was born on Valentine’s Day, 1970, when the eccentric New York DJ David Manusco threw a party at his invite-only club The Loft – playing an eclectic and dizzying selection of tunes designed to get people dancing. Other disco clubs soon popped up around New York City, and beyond. The community spirit at these bolt-holes became a place of escapism and refuge from the harshness of real life, particularly for the oppressed and marginalised.

And so perhaps it’s no coincidence that disco music is enjoying its shimmying resurgence in one of the strangest and most tumultuous years in recent memory – given the chance, anyone would surely opt to leg it away from 2020. In the pop world, artists have been embracing it with bassy gusto: from Dua Lipa’s ‘80s inflected ‘Future Nostalgia’ and Jessie Ware’s latest record ‘What’s Your Pleasure’, to the mirror-ball strut of Miley Cyrus’ ‘Midnight Sky’ and Sophie Ellis Bextor’s heroic lockdown live-streaming effort Kitchen Disco. All in a time when communally sweating it out on a dancefloor – ironically – isn’t an option.

Unlike her contemporaries, who are largely influenced by 80s dance, Kylie Minogue’s ‘DISCO’ plucks most touchstones from the earlier years of the genre. It feels like a fitting pursuit for the Australian pop icon, who arguably spearheaded the emergence of nu-disco way back in 1987 with her punchy cover of ‘Locomotion’ – and carried that flame right into the noughties with ‘Spinning Around’, ‘In Your Eyes’ and ‘More More More’.

As with Kylie’s previous disco dabblings, this is far from retro pastiche. The string-spun first embers of ‘Miss A Thing’ bear vague echoes of the smooth Philadelphia soul which paved the way to disco; given the Kylie treatment, it’s a gentle homage to MFSB and Barry White’s Love Unlimited Orchestra, which quickly makes way for making cool and pulsing Daft Punk melody. Atop wobbling synth and jittering Nile Rodgers-esque guitar jangles, ‘Where Does The DJ go?’ neatly references the strange context in which ‘DISCO’ finds itself. “Where does the DJ go, when the party’s over tonight,” Kylie wonders – “I didn’t get all dressed up for nothing’”. It’s a lyric that speaks to anybody who daubed themselves with glitter and got dolled up to the nines during the first lockdown, only to gyrate around to Lady Gaga in their living room.

But it’s also easy to overlook these occasional – and fairly minor – blips given the sheer amount of fun on offer. ‘Last Chance’ pounds like a robotic ‘Voulez-Vous’ and the sheer infectiousness of ‘Real Groove’ is inescapable. Invoking the shimmering brilliance of 2001’s ‘Fever’ and the sheer consistency of 2010 full-length ‘Aphrodite’ in particular and the campy joy conjured up by her ‘Golden’ world tour’s disco segment (most memorably during Glastonbury Festival’s Legends’ slot) ‘DISCO’s escapism is glittering, potent, and a timely balm for 2020.