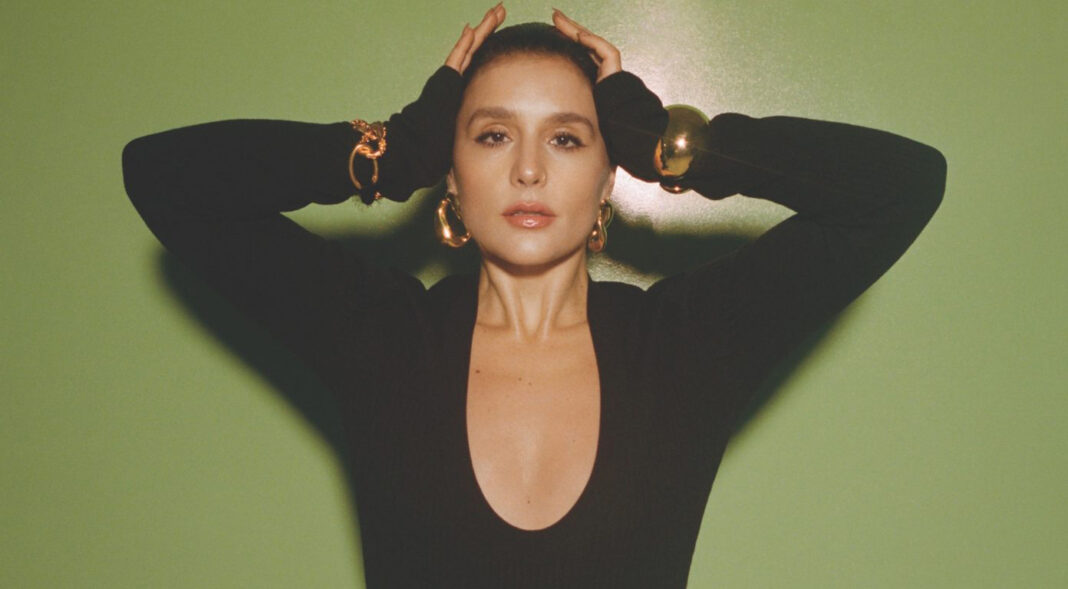 In a recent interview, Jessie Ware recounts being called up for jury service, and struggling to find a neat catch-all sentence to describe exactly what she does. “The judge,” Ware joked to The Guardian, “looked at me as if I was about to claim I was a teapot in my spare time”.

Ware’s niche used to be straightforward enough: most people originally knew her as a Mercury-nominated artist, and the author of soul-inflected pop gems like ‘Wildest Moments’ – early on, she was associated with slick producers like Julio Bashmore, SBTRKT and Kid Harpoon. In recent years, she’s diversified; as well as authoring a cookbook, and presenting the food podcast Table Manners with her mum, her music has broadened in scope, too. 2017’s ‘Glasshouse’ attempted to make sense of motherhood and domestic life, with mixed results; though her writing was more personal than ever, it felt sonically stitched-together to its detriment, hopping between sunny bossa nova (‘Selfish Love’) to the waltzy ballad ‘Thinking About You’. The former approach –  playful, punchy, experimental – yielded far more interesting results.

And ‘What’s Your Pleasure?’ runs riot with this same, second approach; encompassing smooth disco, a sprinkling of euro-pop, and joyful flourishes of synthetic dance-strings. In a similar vein to the music of both Róisín Murphy and Robyn (particularly the latter artist’s latest album ‘Honey’) Ware uses these soft-edged juggernauts to plumb new depths. She doesn’t exactly call back to the early days; instead a renewed dancefloor strut meets the most inventive production of her career.

Ware herself is a magnetic presence, whooping atop sawtooth synth on ‘Soul Control’, and bringing a slow-burning smoulder to ‘Save A Kiss’. This momentum occasionally slows – ‘In Your Eyes’ particularly teeters on the edge of greatness, but could perhaps do with turning the playfulness up a notch; it’s crying out for the sort of winking string flourishes and disco throwbacks that glimmer elsewhere. For the most part ‘What’s Your Pleasure?’ hits on a heady blend of hypnotic dance-pop in the process, combining Ware’s usual introspection with a collective, dancefloor togetherness.

Crucially, the joy of this record’s creation is palpable, and it’s Jessie Ware’s best and most effortless work – ‘What’s Your Pleasure?’ is shoulder shimmies ahead of anything else she’s done.