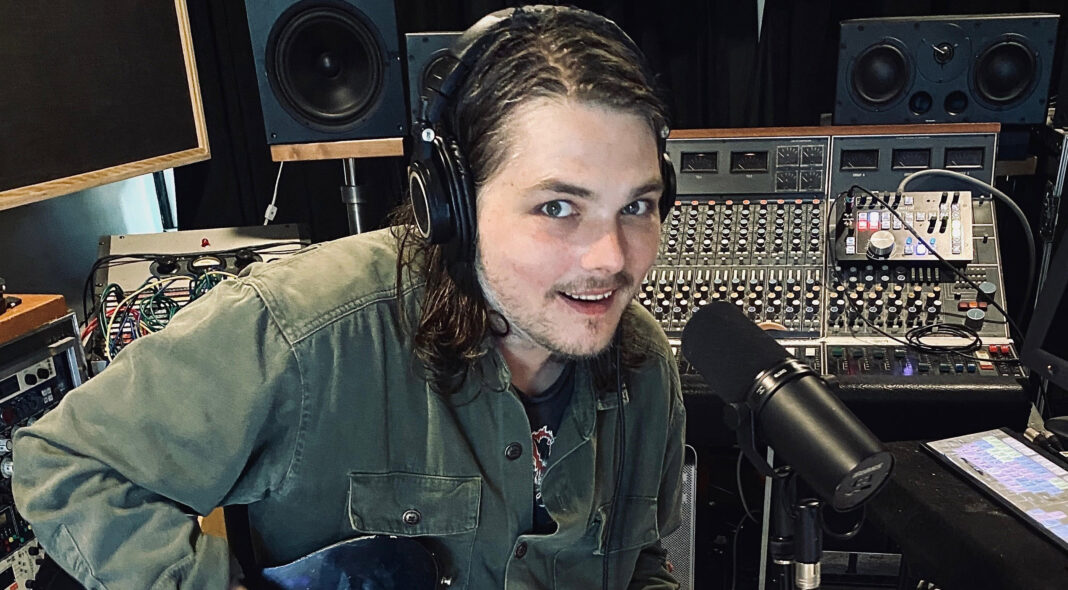 For My Chemical Romance fans, the last year has been one of ups and downs. After years of teasing, MCR finally reformed towards the end of 2019, announcing a string of dates across the world through cryptic posts on social media. In light of, uh, everything that’s happened since, those dates have been postponed until 2021, leaving us crossing our fingers for any shred of news or new material.

While there’s no sign of new MCR music on the horizon just yet, Gerard Way hasn’t let us starve completely. After releasing a few lo-fi tracks to his SoundCloud at the start of quarantine, the frontman has been pretty quiet–until today, when he dropped new track ‘Here Comes The End’.

Recorded before the entire world went into lockdown in our own version of dystopia, the song, Way’s first official release of 2020, deals with… the end of the world. Eerily prescient and with a groovy 60s twist, the song is set to feature in the second season of the Netflix adaptation of Way’s comic book, The Umbrella Academy. The trailer for the second season also dropped today, and it looks like the gang are going to try and prevent the end of the world. Good luck with that.

Despite how weirdly relevant it feels right now, Way actually wrote ‘Here Comes The End’ before all of…this. “I was originally inspired to write this track when series one of The Umbrella Academy was being shot. By the time I finished it 2020 was in full swing, the world had taken a profound turn and the song was finished in a surreal new reality.” he said of the track. The Umbrella Academy Twitter account also dropped a rare peek at Gerard Way chilling in the studio.

Featuring additional vocals by the iconic Judith Hill, ‘Here Comes The End’ isn’t quite what My Chemical Romance fans might be craving, but it’s a fun, catchy song that evokes both The Rolling Stones and B52s classic, ‘Love Shack’. Plus, sound aside, with lyrics like, “Can we get through this? While the walls come down we all pretend/here comes the end,” it’s not a world away from MCR.

If you need more of your Gerard Way fix before 2021, the second season of The Umbrella Academy drops on Netflix on July 31st.

45 of the best emo songs ever written