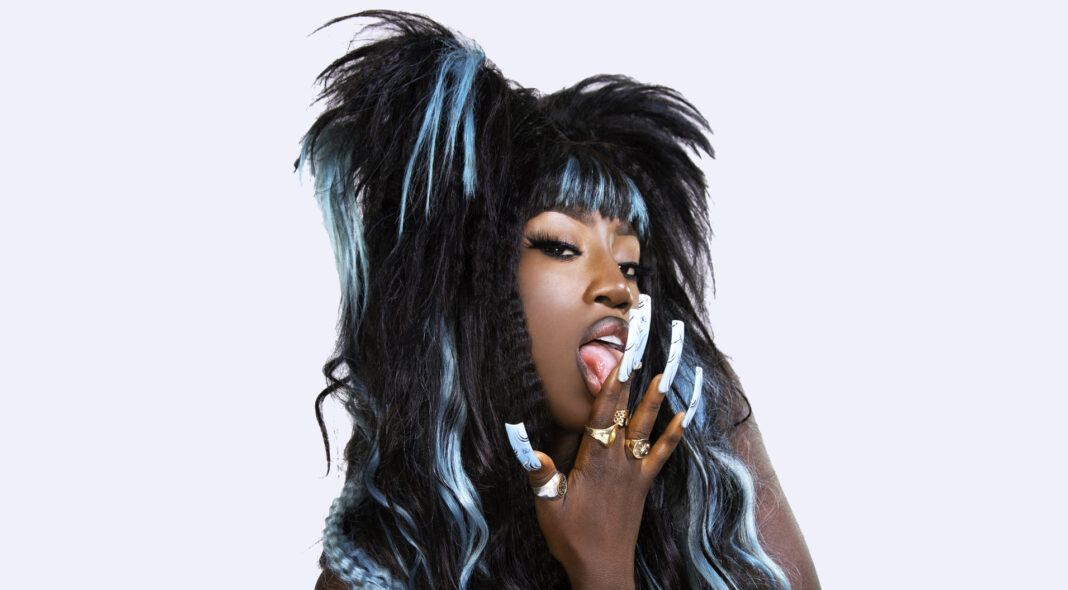 Bree Runway’s YouTube channel description reads: ‘it’s like Lady Gaga and Lil Kim had a love child”. Writing about Bree already feels like writing about a star like Gaga, and that’s not just because she recently covered ‘Paparazzi’, though her performance cements what we already knew: the pop kingdom is Bree’s for the taking.

‘2000And4Eva’ is more than a love letter to the year 2000 – the record illuminates a path between eighties/nineties pop and female pop artistry of today. The nine tracks flaunt Bree’s hard graft in mixing genres and generations to invent something fresh, a mission the self-defined ‘alternative black girl’ first embarked on with a self-released debut EP in 2015. Back then, her DIY creative spirit and visual edginess shone out from her Hackney bedroom. By 2017 she was dancing on stage with Years & Years’ Olly Alexander. By 2018, she’d signed to EMI.

A dedicated scholar of MTV, Bree is steeped in the aura of past decades. The theatrics of Madonna and Kiss, the gated reverb of Phil Collins, a Grace Jones flamboyance, sitcom scenes, chunky pink phones, leather jackets and leg-warmers: eighties cues sit alongside rap and r’n’b wisdom from artists like Missy Elliott and Timbaland.

Yet Bree’s songs are never trapped by nostalgia. Watch the ‘Damn Daniel’ music video and you start to believe she actually invented the eighties. The best song on the mixtape, it’s also a strong contender for best pop song of 2020, so dangerously catchy you’ll find yourself singing “if you fuck with him, he’ll fuck all your friends” aloud in the supermarket. The final minute of ‘Damn Daniel’ is possibly the most glorious minute of pop this year. ‘4 Nicole Thea & Baby Reign’ is a brief but emotional tribute to a lost friend, while ‘Little Nokia’ bleeds together rap and crunchy guitar, Claire’s Accessories in grown-up song form, chains, spikes and all. Elsewhere, her lines range from the funny – “Snatchin’ everybody wigs, now they look like thumbs” – to the all-out flex: “He only hit me with a tеxt when he want that goddess-level sex”. Bree doesn’t take herself seriously – and she takes herself as seriously as death.

‘Apeshit’, the single that snared praise from Missy Elliott, finds nice significance in sharing mixtape space with ‘ATM’, which Missy actually guests on, but it’s testament to Bree’s artistic strength that this isn’t even the most important moment on the record. On ‘Rolls Royce’ she draws out the n-word just long enough to remind you of that black square you posted on Instagram in June. This year, while everyone was busy pledging ‘to understand’, Bree got on with squaring up to the obstacles in her way through sheer talent and determination.

‘2000and4Eva’ is not very long, and we already know four of its tracks. We want an album! But Bree Runway already carries herself like a star: she doesn’t need to rush. She’s busy blasting aside the expectations of her race and gender, seeing how many boxes she can rip open before deciding what to do with their contents. Watch out, Gagas and Dua Lipas of the world: Bree Runway is on her way. Actually, she’s already here.