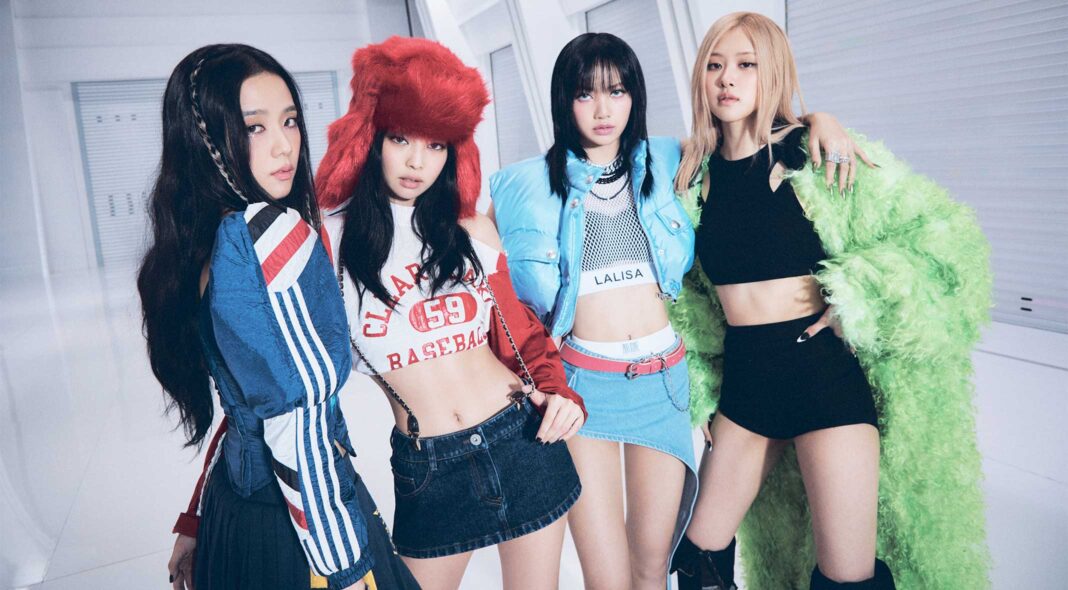 After another long wait, Blackpink are back. ‘Born Pink’, the group’s second studio album, comes after years of a somewhat irksome label strategy of hype-building: the group’s releases are far apart for K-pop standards (their last was ‘Lovesick Girls’ in 2020) and always withholding (track lists have never exceeded 9 songs), quite unlike the prolific and maximalist approaches of their peers. The hype-building certainly works – Blackpink are arguably the world’s most in-demand girl group right now – but general sentiment is that the payoff for the long waits should be better. ‘Born Pink’ brings the rum pum pum noise and flash that we have come to expect from the group, but ultimately fails to deliver anything new.

Lead single ‘Pink Venom’ is a strong start and quintessentially Blackpink, with familiar incantations and brassy, explosive breakdowns coalescing in that classic Blackpink sound – powerful, anthemic, vaguely militaristic (the anarchic “ra-ta-ta-ta” bridge section is a variation on the tried and true “boombayah” and “how you like that-that-that-that” riffs off their older eponymous singles). The muttered chorus is a bit of a let-down, a clear grab towards the latest “anti-drop” trend in K-pop music structures. Blackpink’s principal producer Teddy Park is known to default often to a standard Blackpink formula, and the flat peaks of ‘Pink Venom’ are no exception.

Lisa and Jennie stand out on the track with some of the best rap delivery we’ve ever seen from them, snarling over their swaggering verses with cocky charisma and power. Jisoo and Rosé are unfortunately swapped around throughout the track between alternating vocal parts, the song giving the vocalists no real opportunity to showcase any distinguishing vocal textures.

Title track ‘Shut Down’ provides welcome off-kilter sonic direction with a thumping circus-inspired theme. The production has interesting moments – the choice of strings to lead the way and a sticky, grime-influenced beat – but the track is generally unremarkable and lacks the weight of a title track.

Album standouts ‘Yeah Yeah Yeah’ and ‘Tally’ only really stand out in relative terms. The former is a glittering synth-pop track that makes space for each member’s vocal persona. The cherry on top? Members Jisoo and Rosé have writing credits (although fans dismay that only one of several songs written by the members has made the album). ‘Tally’ is one of a few all-English tracks on the album, and whilst the others are forgettable, ‘Tally’ delivers a manifesto of “I do what I want with who I like” with satisfying heft and bounce.

With each member an entire entity in her own right and the group performing at stratospheric heights, it’s unfortunate that the album doesn’t meet Blackpink where they are.

Superbloom festival 2022: a diverse debut for the fledgling Munich extravaganza