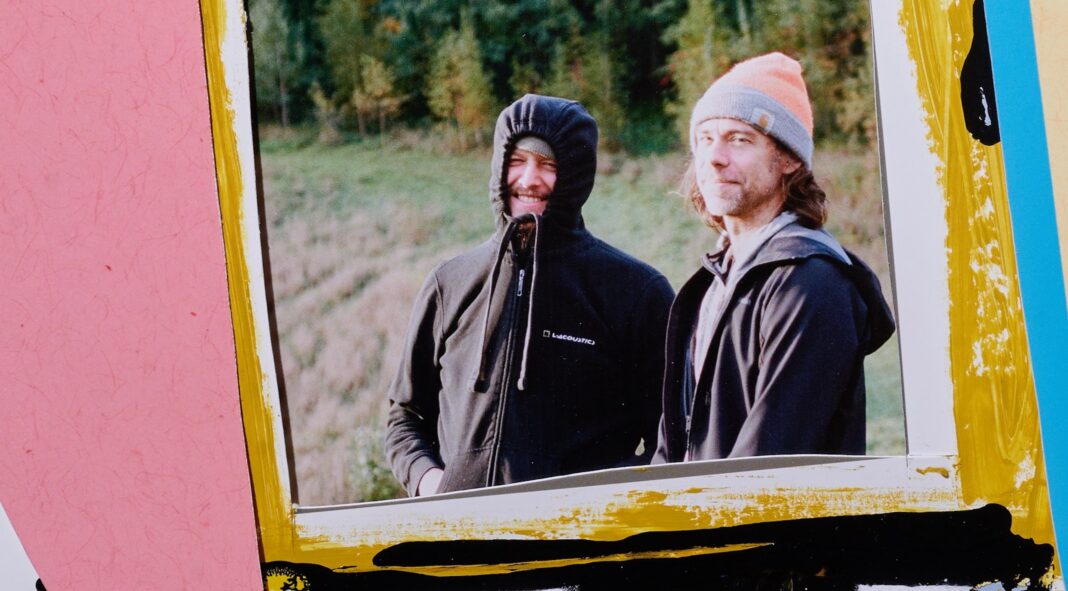 Big Red Machine plough some extremely fertile fields. The founding members alone – Bon Iver’s Justin Vernon and The National’s Aaron Dessner – are noblemen of twenty-first-century indie folk, and as Big Red Machine, they map out that terrain and expand it, via the artists they collaborate with: from Michael Stipe on striking 2020 single ‘No Time For Love Like Now’, to the inclusion of Taylor Swift on their new album, ‘How Long Do You Think It’s Gonna Last?’

It’s the duo’s second album after their self-titled 2018 debut, but this time Dessner – quiet guitarist turned star producer after the double-whammy success of Taylor Swift’s ‘Folklore’ and ‘Evermore’ last year – steps further into the light. That’s not to say this is an Aaron Dessner record, any more than their first was a Justin Vernon record. Both personalities beam out of these new songs, but the album also functions like an open mic night for the indie landscape of a decade or so ago. Old voices from that era – Ben Howard, Fleet Foxes’ Robin Pecknold, This Is The Kit, Sharon Van Etten –  conjure what suspiciously feels like nostalgia for that time, and that’s even before you listen to the misty-eyed lyrics.

For ‘How Long Do You Think It’s Gonna Last?’ is the preserve of scrapbooks and old photos, Pritt stick and sun fade. “I recall it all forever / How we sheltered in our place / And we called each other lovers / In the latter days,” Anaïs Mitchell sings on opener ‘Latter Days’, and that act of recall, of mulling over “what you shoulda been, what you woulda been”, operates as the album’s crux in lieu of any fixed artistic tenet or identity.

Made with no deadline, no particular ambition, and no pressure, the record is the relaxed result of four years of hanging out, talking, thinking, and sharing. Its development was so relaxed, in fact, that the modest Dessner even sings on a couple of tracks, ‘Magnolia’ and ‘Brycie’, the latter a sweet ode to his twin brother Bryce. But the lack of rules and parameters comes with the odd hitch. The album’s a little too long at over an hour: songs like ‘8.22am’ and ‘June’s A River’ might’ve been axed from a more purposeful project.

Yet that lack of pressure also results in a serendipitous kind of beauty, from the Bleachers-esque backing scrawls on ‘Easy To Sabotage’ and the brass ballooning out of ‘Phoenix’ (which dwells in the sonic realm of John Vanderslice, Beirut, and Sufjan Stevens), to guitars that emit slow riffs, like streaks of cloud across a darkening sky.

Other highlights are more intentional: ‘Hutch’, a tribute to the late Scott Hutchison of Frightened Rabbits, marks the pain of losing a friend to depression, as forlorn piano gives way to voices rising together.

Vernon’s trademark cut-up-poetry lyrics, best witnessed on the Bon Iver track ‘715 – CRΣΣKS’, finds a natural home here too, particularly on the low-key ‘Hoping Then’, his words mirroring the chopped strings and seesaw production. “In the end you weather,” Vernon sings, a pithy precis of the “it’s amazing what you get used to” sentiment of compromise that colours adulthood.

Elsewhere, Swift’s contribution ‘Renegade’ doesn’t fit. Her smooth top-40 vocals belong to an overtly pop record and whitewash the album’s emotional and musical nuance; she’s better off as a backing vocalist on the (slightly forgettable) ‘Birch’. Really, Anaïs Mitchell steals the show, bookending the album with ‘Latter Days’ and the closing ‘New Auburn’, which invokes the incoming autumn, by way of driving a familiar highway, memories rushing past the car window like scenery.

‘How Long Do You Think It’s Gonna Last?’ is less an album, more a place to retreat to: a bolthole for artists and listeners, for riffs and little phrases and thoughts that arrive in the early, lonely hours. At the sacrifice of some focus and a distinctive identity, the record feels truly collaborative – possibly the only definite thing Big Red Machine set out to accomplish.