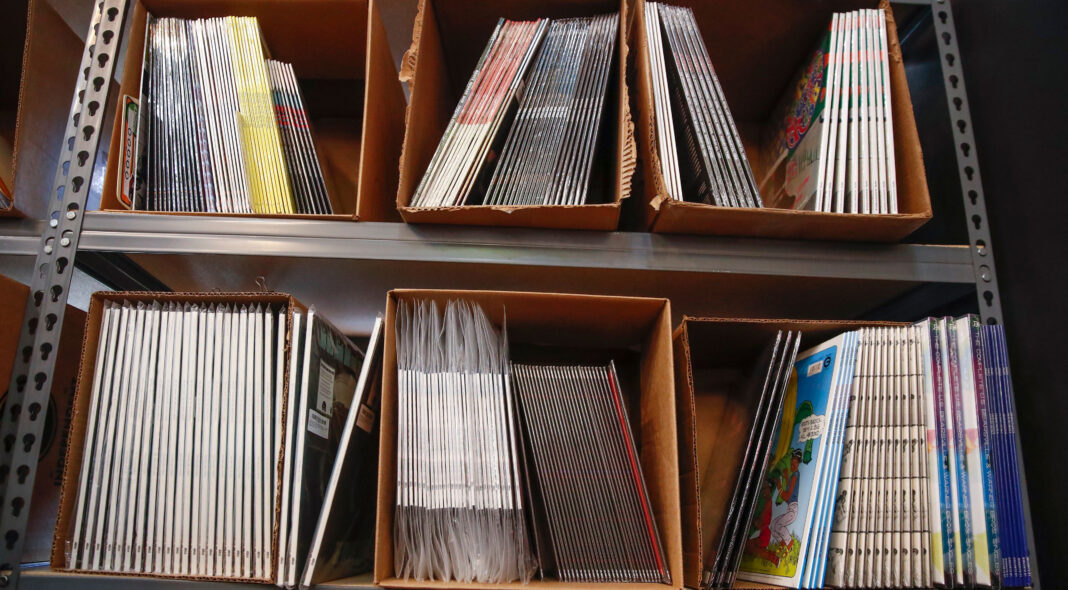 The full list for Record Store Day 2021 has been unveiled. Now in its 14th year, the annual event will see exclusive pressings by mega-stars Lady Gaga, Ariana Grande, Little Mix, HAIM, St. Vincent and more hit the shelves of over 200 independent record stores across the UK this summer.

With more than 500 rare and exclusive records set to go on sale for RSD, we’ve sifted through the full list to save you digging through crates to find the most exciting releases. Get those tote bags and shopping lists at the ready, here’s our choice picks for Record Store Day 2021.

What is Record Store Day?

Record Store Day is one of the biggest events in the music calendar, as it brings together fans and artists across the world in celebration of “the culture of the independently owned record store”. Inaugurated in 2007, the day seeks to support thousands of stores internationally by providing them with exclusive releases, and in turn, highlight the role that the staff and customers play in their local communities.

Due to the ongoing coronavirus pandemic, Record Store Day will take place across two ‘drop’ dates to enable social distancing: Saturday 12 June and Saturday 17 July. The event traditionally takes place on the third Saturday in April.

Where can I buy records on Record Store Day?

These sought-after releases – which include live albums, special reissues, and some new material – are available in limited quantities on a first come first served basis from the date(s) of Record Store Day. You can find the most up-to-date list of participating UK stores here. Stores are allowed to list any remaining product they still have available after one week following Record Store Day.

Set to be pressed on double coloured vinyl (one blue, one yellow), this collection will comprise remixes of songs from the Queen of British soul’s classic albums ‘Frank’ and ‘Back To Black’, including ‘Rehab’ featuring Jay-Z, alongside Hot Chip’s reworking of that very same seminal track.

Originally released to streaming services in December 2019 as a “little something” to thank fans who attended the sold-out 2019 Sweetener world tour, Ariana Grande’s first live album – which features 32 (!!) live tracks – will be making its vinyl debut especially for Record Store Day 2021

We adore Baby Queen (who doesn’t?!), so it is super exciting to see that the future pop icon is releasing stellar single ‘Raw Thoughts’ (plus two brand-new remixes) on vinyl for the very first time. Speaking of the track, she said: “It’s the song that catalysed what has become the sound of Baby Queen”.

Bristol punker Billy Nomates will issue a limited edition picture disc variant of her vital, refreshingly direct self-titled debut album, which arrived via Invada Records in August 2020. Cutting and sardonic, this 11-track set traversed the trials and spoils of gender inequality, Brexit, and the restless cycle of dead-end jobs and zero-hour contracts.

Taken from the sister trio’s Grammy-nominated LP ‘Women In Music Pt. III’, HAIM’s ‘Gasoline’ will be joined by the dreamy Taylor Swift remix that they unveiled earlier this year. This baby blue 7″ vinyl will be sleeved in an outtake from the album cover shoot with their frequent collaborator, Paul Thomas Anderson.

Buckle up and prepare your passport: we’re flying (back) to Chromatica. Mother Monster is set to unveil a translucent yellow edition of her chart-topping, Oreo-inspiring sixth album, which will be accompanied by a collectible zine and previously unseen artwork. Be sure to set your alarms for this beauty!

Housed in a glitter sleeve, this orange and pink-coloured pressing of Little Mix’s last LP as a four-piece is a prime offering for the first Record Store Day drop. It’s one of the band’s most awe-inspiring efforts, and provides an insight into their triumphant exit from their former label, Syco.

English electro-pop outfit Metronomy have recently celebrated the 10th anniversary of their singular and expansive third album, ‘The English Riveria’; hit single ‘The Look’ will undergo the reissue treatment in the form of a one-off 7″ single release this Record Store Day.

To mark the first anniversary of Pins’ third full-length effort, ‘Hot Slick’, the Manchester trio have teamed up with classical pianist Sergey Kolosov to re-arrange four tracks from the album. Together they recorded four very special, previously unheard compositions for both the piano and strings.

The follow-up to 2018’s debut EP ‘Cruel Practice’ marked Shygirl’s wildest and most expansive adventure yet; the slick, danceable, relentless energy of ‘Alias’ was a thumping success among both critics and raveheads. This upcoming project will feature alternate and eclectic mixes of one of 2020’s essential releases.

In celebration of its 10th anniversary, Tune-Yards’ breakthrough album ‘Whokill’ will be pressed onto multi-coloured splatter vinyl. Upon its original release, the brilliant and bonkers LP snapped up a wealth of accolades, including the Village Voice’s highly prestigious Paz & Jop critic’s prize.

Wolf Al stans, get ready: this hotly-anticipated pressing of ‘Blue Weekend’ – the band’s forthcoming third LP, which is set to land a day before the first RSD drop – will feature a bonus 7″ single of the non-album track ‘Time Is Not A Straight Line’. Don’t even think about missing it.

The inimitable Jehnny Beth has recorded two David Bowie covers for RSD: ‘Dollar Days’ and ‘Lazarus’, lifted from his swansong LP, 2016’s ‘Blackstar’. It’s a devastatingly beautiful effort from the Savages vocalist, who released her debut album ‘To Love Is To Live’ to wide acclaim in June 2020.

Originally recorded to celebrate Nine Inch Nails’ induction to the Rock and Roll Hall of Fame last year, this cover of the legendary industrial band’s classic sees Annie Clark welcome assistance from none other than Dave Grohl on the drums. A must-buy for all rock fans this Record Store Day.