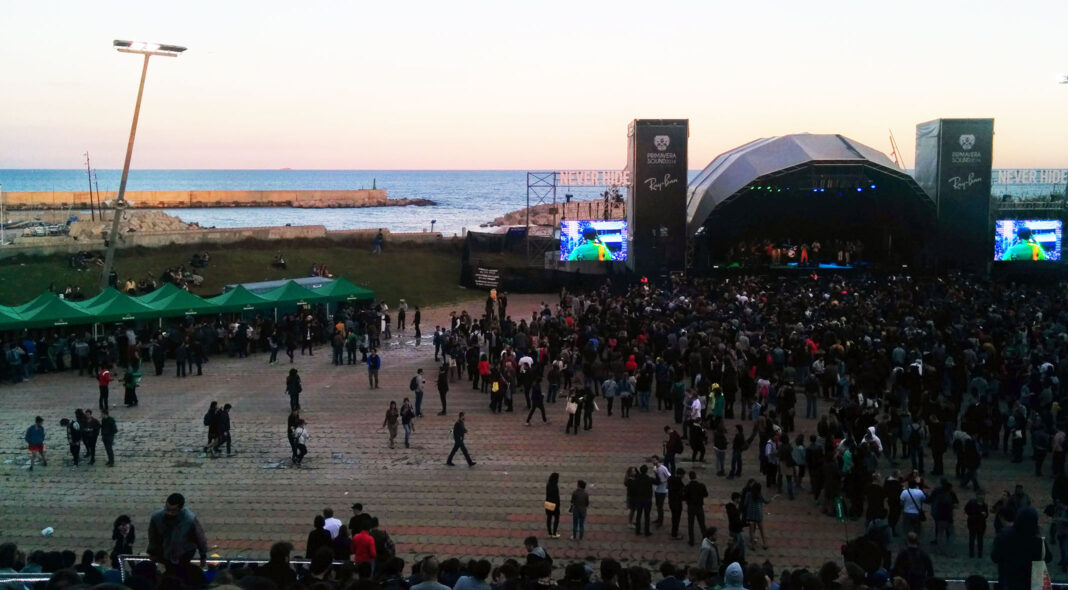 Ever had that feeling that everybody you’ve ever known is headed to the same gig? If you were scrolling Twitter on June 1st — the day that Primavera Sound 2022 went on sale — you may well have assumed that it was a UK event, given how many Brits had snapped up a ticket.

Given that the pandemic has deprived us all of both festivals and international travel, it is perhaps no wonder that Primavera Sound in Barcelona only took a week to entirely sell out, but in truth, its enduring success is far more accurately credited to the calibre of the event itself. Having spent 20 years establishing its reputation as one of the most diverse and customer-orientated festivals around, my first taste of the Primavera brand in 2019 changed my own perception of great festival standards forever. A beautifully-landscaped site, gender-balanced line-up and the cleanest toilets I had ever seen at an outdoor event, it opened my eyes to what could be possible, a space for music fans to truly come together in a way that felt both jam-packed and peaceful depending on your personal vibe.

I’m far from the only person to think so. Year on year, overall festival attendance is on the up, with a 2019 survey suggesting that 61% of festival-goers would prioritise festival attendance over a holiday. In 2018, Festicket identified a 29% rise in overseas festival attendance, with Brits increasingly flocking to both Spanish and Croatian events. A classic muddy British knees-up has its own charm, but when a line-up boasts the likes of Lorde, Tame Impala, Dua Lipa, Megan Thee Stallion and far, far more for the same ticket-price as the average UK three-day event, why wouldn’t you want to be somewhere that is warm, sunny and mere minutes from the beach?

Having known the disappointment of having to cancel both their 2020 and 2021 event, Head Of Communications, Marta Pallarès, knew that enthusiasm for Primavera’s return would be high, but even she couldn’t have anticipated just how quickly the event would sell out. She attributes it to the delicate balance of this year’s expansive 12-day offering, delivering on the promises of previous years while constantly striving to stay on the cutting edge.

“When we started planning 2022, we had two focuses; the festival we owed you guys, and then the festival we owed ourselves,” she explains. “Primavera Sound has always been based around acts that we really want to see; classic acts like Bauhaus or Massive Attack that have been with us forever, but also the names that we know will be big. We had announced the 2020 lineup – that didn’t happen, then the lineup for 2021 – that didn’t happen, and it was kind of sad to just forget about those artists that people obviously wanted to see. So somehow, we started thinking about this crazy idea, what if we made it double, twelve days of music in Barcelona? We were incredibly lucky that so many acts agreed, and of course, the artists are missing live music as much as we are. I think everybody wanted to work extra hard to say OK, let’s make this happen.”

A big part of Primavera’s appeal is its commitment to the ‘New Normal’, an initiative they launched in 2019 in order to hold themselves fully accountable to line-up delivery that promoted gender parity and equal billing, with an emphasis on safe spacing. Although Primavera had been setting a standard for diverse genre and gender booking long before that, their industry leadership is a palpable feeling onsite — rarely will you experience a festival that feels quite so inherently welcoming to all types of festivalgoer, with plenty of room between stages at which to take a breather or watch a show without having to delve into the full throng. With more females and non-binary artists on stage, the demographic of attendees has naturally shifted too, creating a vibe of inclusivity that plenty of UK events could learn from.

“British festivals, some of them, it does feel a bit like ‘is this really the best you can do?” says Marta. “I have been concerned that some events might use the pandemic as a bit of a raincheck, an excuse to delay change because they want to honour previous lineups. But we can’t just go back to what we had; right now, it’s undeniable that the whole music industry is led by women. It’s natural for us to do this [a gender-balanced line-up], but it should be in all of our minds, as bookers and agents, that if the roster of your agency is overwhelmingly white and male, you can do better.”

There is also no denying that diverse line-ups are a great way to accommodate the increasing genre-fluidity that fans expect from festivals, expanding out from the traditional all-white male guitar band that has long constituted perceptions of a legitimate festival headliner. “Even if you are a greedy bastard who just wants to sell tickets, we’ve proven that it works; we sold out in a week!” Marta laughs. “But in all seriousness, it shouldn’t be that cynical; now more than ever, there isn’t one default of what ‘normal’ should look like, and creating safe spaces where everybody knows that they’re welcomed and supported is so important to ensure a good feeling in the audience.”

In terms of individual acts to look forward to, both I and Marta alike are pretty excited for our dose of Solar Power. “It’s got to be Lorde – God bless her bum! Hers has been a name that has come up time and time again as a headliner since she last played in 2018, so booking was a given. And of course, Megan Thee Stallion; I mean, even Billie Eilish said when she was collecting her Grammy that she was shocked to win because it was so clearly Megan’s year. I think especially in Europe where she’s maybe not as big yet, this will be a real coming of age.”

A few secret-slot surprises will also likely weave their way into the line-up, making use of the intimate indoor venues that Primavera includes in their offering.

“We always try to put on special things; I don’t know what’s going to happen next year, but I remember one year just seeing Jarvis Cocker flying through the venue, people following him because they knew he’d be onto something,”  says Marta. “All of a sudden they’re in front of Arcade Fire, one of the biggest bands in the world, playing a beautiful sunset show on a really small stage that we build only for them. People come to Primavera with an open mind, reading the small names as well as the big ones and getting ready to be surprised.”

With over a year to go, those who do not yet have tickets need not despair —wiggle-room in availability is expected, with Dice offering a waiting list service to those who might be able to snap up refunded slots. Whether you’re after out-and-out pop performance or tiny intimate electronic-dance parties until 4am, there will undoubtedly be something in the programme for you, with plenty more additions still to come. With half of Twitter already planning their AirBnB bookings and potential Clashfinders, Primavera will be a special way to feel reconnected with the music world, a welcome reminder of how memorable and inspiring a great festival experience can be.

“It really is just about the vibe here — you just feel like you can express yourself and enjoy the experience, which in the end is what a music festival should be about,” says Marta. “I think we might be the only festival in the world where you can go and witness the Black Metal mayhem that Gaahls Wyrd from Gorgoroth is going to deliver and then go to watch Dreamcatcher, a K-Pop group that have never attended a festival like ours. Oh, and the sea doesn’t hurt either. I think that versatility makes it really special and something that people want to come back to.” Stock up on that sunscreen and start your daily countdown — Primavera 2022 is going to be one to remember.

READ MORE: Glastonbury 2022: everything we know so far