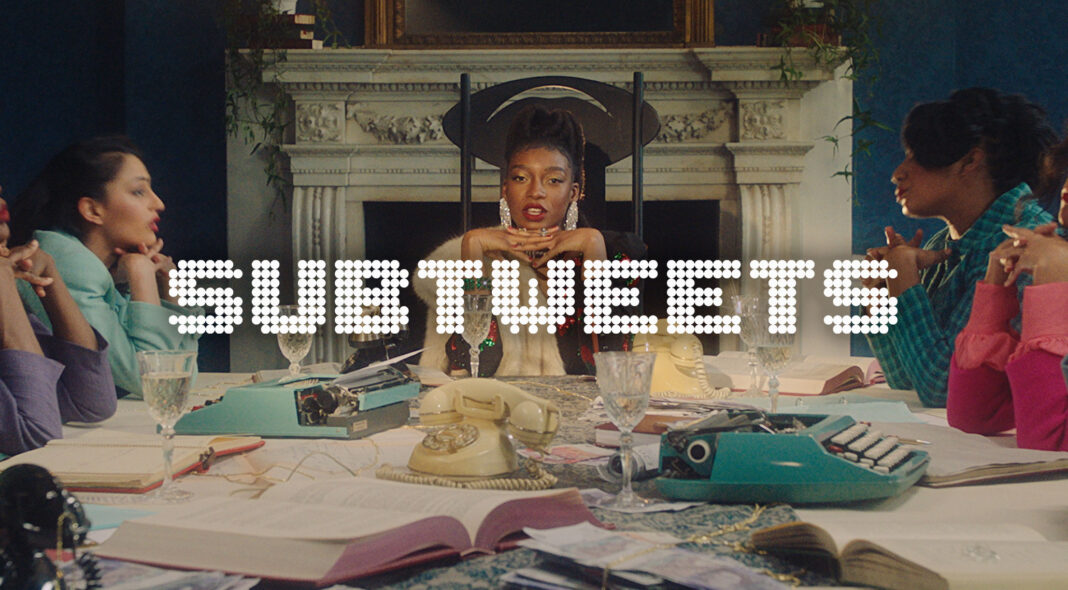 When I saw Little Simz on the floor of the Natural History Museum, I knew that this was it. It was the same feeling I felt watching the video for ‘Formation’ for the first time, the same feeling as ‘Cranes In The Sky’ or ‘Bad Guy’. It’s a tough feeling to describe, but it’s some semblance of knowing that you’re witnessing a moment in somebody’s career where everything is about to change — where the world at large is going to finally see exactly why this artist is so vital.

One of my favourite artists since the days of SoundCloud mixtapes, Little Simz’s new single ‘Introvert’ has been described by many as a cultural shift, but I prefer to think of it as the natural extension of years of hard work. Simz has always been confident, but with this new era, she has found empowerment on her own terms, recognising that introversion is a strength and that the exact reason she has come to be in this place of plaudits is because she has played the long game – speaking only when she has something to say, never courting controversy for controversy’s sake, being steady and thoughtful in her creativity.

From the experimentalism of ’Stillness In Wonderland’ to the impulsive-yet-perfectly-executed ‘Drop 6’ (not to mention touring stints with Gorillaz and various collaborations across music and acting), she knows the value of letting others infer their own type of enjoyment from her music, of shapeshifting while always coming back to her core. Despite all of this, her name is still frequently seen in “underrated” lists, still talked about in niche terms. Her work has been acclaimed through Ivor Novello’s and Mercury Prize nominations, through festival appearances and orchestral performances, but still there is the tone of surprise from how good it is, about how her work should be used to ‘diversify’ listening habits instead of it being just down-right brilliant in its own right.

Having interviewed Simz last summer around the ‘Drop 6’ EP release, we talked at length about the nature of being a so-called ’slept on’ artist, how it’s an accolade that people frequently use to mean well but often without the realisation of the limitations it places. Like clockwork, when the article went live, I was invited on a podcast where the host wanted to discuss how Simz was one of the best female rappers the UK had to offer, praising her ‘alpha male’ energy. I am almost certain that he meant well, but even the subconscious use of a male-comparison caveat needs unravelling. At its worst, it hints at a deeply embedded part of music industry misogyny; why do we not describe Kendrick Lamar or Stormzy as a great male rapper? Why do we only allow ourselves to discuss art made by women in a serious way when it’s part of a ‘women in music’ special, or a ‘didn’t they do well’ patronisation? Why do we get outraged when a female rap song is raunchy or self-confident, but dance without question to the same sexual sentiments expressed by a man?

In a genre where women and non-binary artists are significantly outnumbered and under-championed in visible spaces, people like Simz have to work twice as hard to secure the same credibility, despite rapping circles around a great many of her contemporaries. It’s not surprising that she’s fed up with it, because the fans are too, tired of an environment where incredible artists are made to feel as if they are confined to the women’s league. Even writing about it in 2021 feels incredibly reductive, given how painstakingly obvious a solution should be. Lexical choices matter, and the way we choose to speak about artists – well-meaning or not – can serve to perpetuate the glass ceilings that hang over their heads, instead of finding ways to push the conversation forward.

Like all music, the best kind of rap is the kind that makes you feel something – comforted, recognised, hyped up. When you’ve come to rely on big male mainstream American rappers for a dose of much-needed swag, you can’t under-emphasise the restorative power of hearing a woman drop a lyric like “I’m Jay Z on a bad day/ Shakespeare on my worst days” in a London accent, taking up the same space that men are afforded as a given. It’s healing to watch music videos where women thrive as people and not just props, where Black-Britishness is on full display. The vision that Simz shares on ‘Introvert’ is the same one that has fuelled her all along, safe in the knowledge that those who know, will know. If you’re still not convinced at this point, the onus is very much on you.

Last night, Simz dropped another piece of the ‘Sometimes I Might Be Introvert’ puzzle. ‘Woman’ is more excellently thought out magic, a celebration of all the joy and solidarity that comes from surrounding yourself by a community that recognises and uplifts. With her quintessentially impeccable styling, she holds court amongst black women at various stages of their own careers, sharing the level rather than pedestalling herself above them. As we move further into her new era, this is the energy I hope to see, the energy that I will hold myself accountable to as a writer and a fan. No more ‘good for a girl’, no more ‘sounds like a female version of X’, no more ‘slept-on’. From now on in, let’s only talk about Simz like the legend-in-the-making that she is, no caveats or conditions. It’s the absolute least that she deserves.