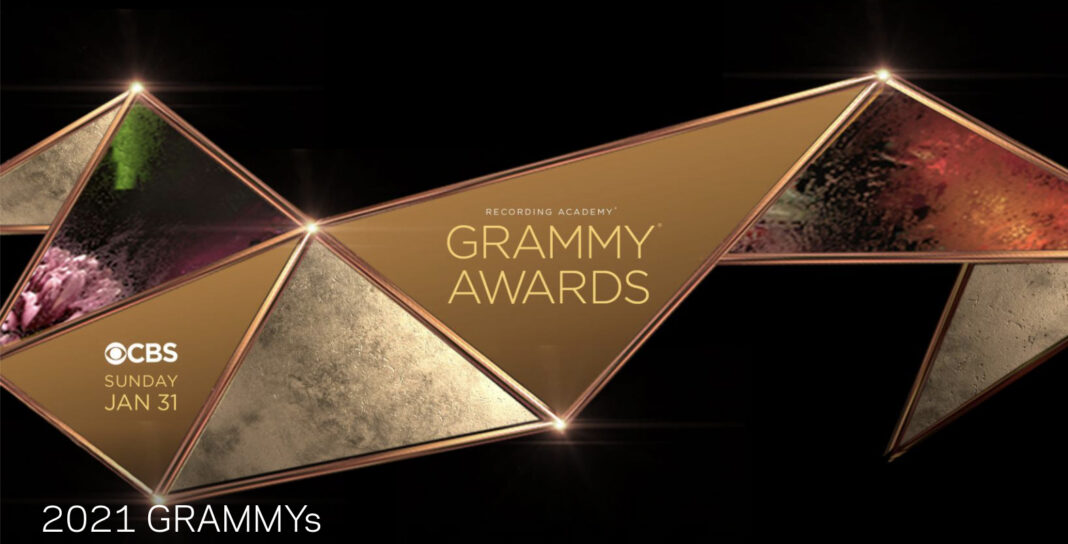 Ah, the yearly Grammys conversation. The vast amount of categories and time taken to wade through them normally delays the internet outrage somewhat, but unsurprisingly, 2020 has given us all a little more time on our hands, and with Twitter hosting a live stream announcement of the 63rd year’s nominees, we were all able to launch our fleet of shocked emojis and jubilant retweets in real-time.  General consensus was one of bafflement; how did the Weeknd’s ‘Blinding Lights’ get snubbed when it’s the best-selling song of the year? Who are Black Pumas? Why only one nom for BTS? And when are we going to give Rina Sawayama some bloody awards?!

Before we go any further, it’s important to acknowledge one great headline from this year. For the first time in Grammys history, the best rock song performance is a shortlist comprised entirely of women or women-fronted groups – Big Thief, Fiona Apple, Phoebe Bridgers, Brittney Howard, Haim and Grace Potter. Over in the metal performance category, Poppy, Code Orange and In This Moment are holding it down for female rock membership, a fact pleasing enough that it temporarily helps us forget the snubs towards Charli XCX, Soccer Mommy, Waxahatchee, Caroline Polachek and Hayley Williams in alt-pop-adjacent spaces.  As far as feminist ‘fuck yous’ go, this year’s Grammys rundown is a pretty impeccable one to anybody who claims that the guitar scene isn’t healthy enough to book gender-equal festivals, and hugely reflective of the great strides that have been made in recent years.

If women are thriving in rock, their erasure from the R&B category seems especially startling given the calibre of possible candidates. While Jhené Aiko finally gets her moment in the sun in various slots, Victoria Monét, Tinashe and Kehlani were all artists that fans were surprised not to see in the R&B album category. Rap categories as well were almost entirely men save for the joy of Megan The Stallion and Beyoncé’s ‘Savage’, which is surely a shoo-in for a live performance. While fans were pleased to see Queen Bey extend her most-nominated female lead of 79 by adding seven new noms to her list, cries of justice for the likes of FKA Twigs, Moses Sumney and The Weeknd demonstrate just how alpha-masculine this years R&B and Hip-Hop categories are, particularly surprising given the emotional vulnerability and genre-expanding experimentation shown in many BLM-era releases. Things look a little more promising in the Music Video category, where three out of five nominations tap into some serious socio-political themes – four if you count Harry Styles ‘Adore You’ opus as a mediation on climate change.

We could carry on crunching the numbers indefinitely, but in such a trainwreck of a year, it’s perhaps no wonder that the ultimate longlist feels a little more sombre than usual. Stuck as we are in this state of career-development limbo, where gigs and club nights and a general lack of IRL buzz have rendered any markers of success purely digital, there is much less of an innate feeling as to what our soundtracks of the year have truly been, and around those gaps, some serious surprise omissions and inclusions have been able to creep in. If you’re the one making the picks, do you go for records that match the mood, or one that offers escapism? Can you really compare the disco lightness of Dua Lipa’s ‘Don’t Start Now’ with the powerful message of H.E.R’s ‘I Can’t Breathe’? Looking particularly at the Album of The Year category, the nominees that have thrived are the ones that feel most fitting for subdued home living – the gentle grooves of Haim’s ‘Women In Music Pt. III‘, the soft melodies of Taylor Swift’s ‘folklore’ or the dinner-party-for-one friendly strains of Coldplay. These records all do what they do impeccably well, but perhaps a relative lack of bangers on this year’s Grammys list is merely indicative of a year where the normal ways in which we socialise around music have been severely reined back.

Trying to crown an album or song of the year is never going to be something that pleases everyone, but there is no getting around the fact that a Grammy win sits at the very pinnacle of the bucket-list achievements for many artists. So at the risk of concluding with a patronising ‘everyone’s a winner really’ sentiment, what can we actually hope for the Grammys 2021? An IRL ceremony for January isn’t looking likely, but the recent staging of the AMAs, EMAs and Latin Grammys look hopeful for the calibre of performances at least. As a bare minimum, I want to see Taylor Swift and Harry Styles reunited in a socially-distant ‘Watermelon Cardigan’ duet with Phoebe Bridgers on back-up vocals, Megan The Stallion and Beyoncé riding in on bedazzled Texan horses and Doja Cat continuing her live re-inventions of ‘Say So’, but this time in a country-folk style with a cameo from Little Nas X. I want ridiculous costumes and gushing speeches and schmaltzy interludes about the pandemic and all that we have (hopefully) overcome by that point. And I want to see women win, left right and centre – what a silver lining on a terrible twelve months that would be.

Album of the year

Record of the year

Song of the year