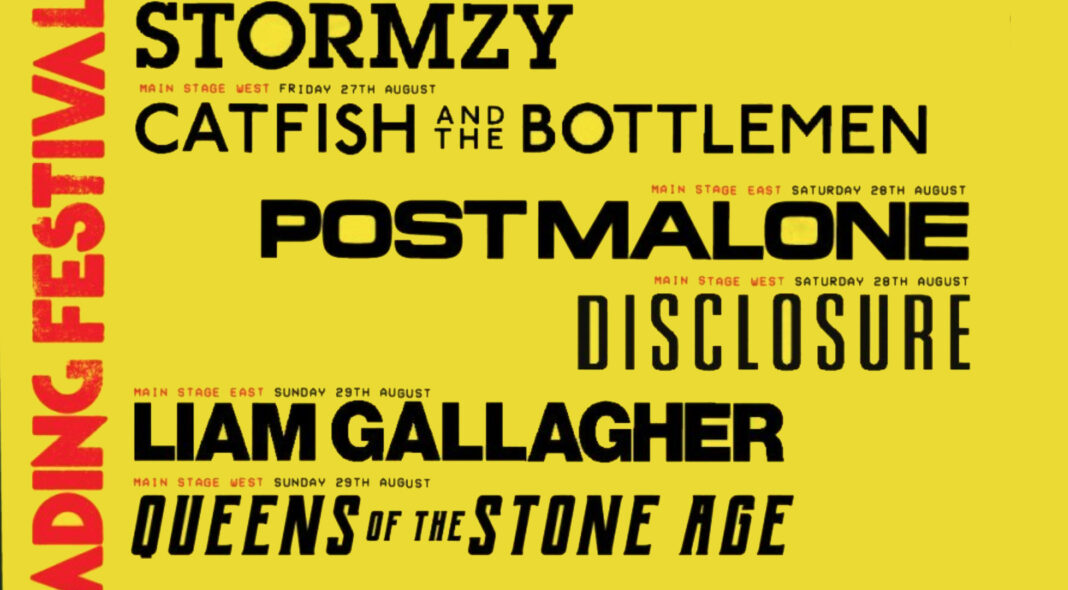 Twenty years ago, I went to my first Reading Festival. Back in 2000, it was a rare and fleeting sight to spot a woman on the main stage. We had Elastica and Daphne and Celeste – and that didn’t exactly go… well.

In the two decades since, we’ve moved towards a more representative and diverse society. It’s no secret that the music industry has lagged painfully behind but in the last couple of years we’ve seen festival bookers acknowledge that representation is important, making a conscious effort to book more womxn and artists of colour on their bills. Bookers, that is, apart from those at Reading and Leeds Festival.

It reeked of bullshit. My initial thought: it’s an easy way to still put the tired and tested rotation of old-man-band headliners atop the bill while also shoehorning in more women, thus giving the appearance of progression. The truth of it, is even more laughable.

Double the stages, it seems, just means double the men: with six headliners announced and not a single womxn among them.

Given the continuous conversation around diversity, it’s a move so troll-y, it has to be a deliberate act of exclusion. Even the flimsiest of arguments about why years of repression have meant there “just aren’t enough” female headliners to fill the spots, no longer stands true.

In truth, it’s hard to think of any possible reason – other than a core belief that men are more talented and important than women – to not book a single female headliner in 2021. There are so many brilliant women who deserve to be on that bill, frankly, it’s boring to list them.

Of course, I am aware of the complexities of booking festivals – particularly in a pandemic. You need the artist to be available, you need them to be promoting something. You need them to be big enough to sell tickets and have a back catalogue extensive enough to carry a two-hour set. It’s hard. But for a festival that is such a rite of passage for so many young people, there’s a responsibility to do better.

Perhaps, you think none of this really matters. Maybe all you care about is having a lovely time moshing to Queens of The Stone Age (just don’t get too close ladies, or Josh might kick you in the face). But it does matter. It matters because young girls deserve to see themselves represented on those stages. They deserve to dream that they’re looking out over sprawls of people just like Billie and Bully and Beabadoobee and Ms Banks and every other brilliant female artist should be doing.

I have no doubt there’ll be more women announced further down the bill in a “look, see, we’re fine” moment – but the damage is done. We should be revelling in the glimmers of a post-pandemic future, instead of feeling utterly disappointed that a company that wields that much power, has proven yet again, they do not give a shit about women.

Bands, fans, journalists – there are so many other festivals that ARE doing better so I implore you, boycott Reading and Leeds 2021. Writing this piece will – as I’ve experienced personally in the past – in all likelihood get me and my writers banned from every upcoming Festival Republic show, because that’s just how they roll. But as 2020 has proven so wonderfully, staying silent is no longer an option.