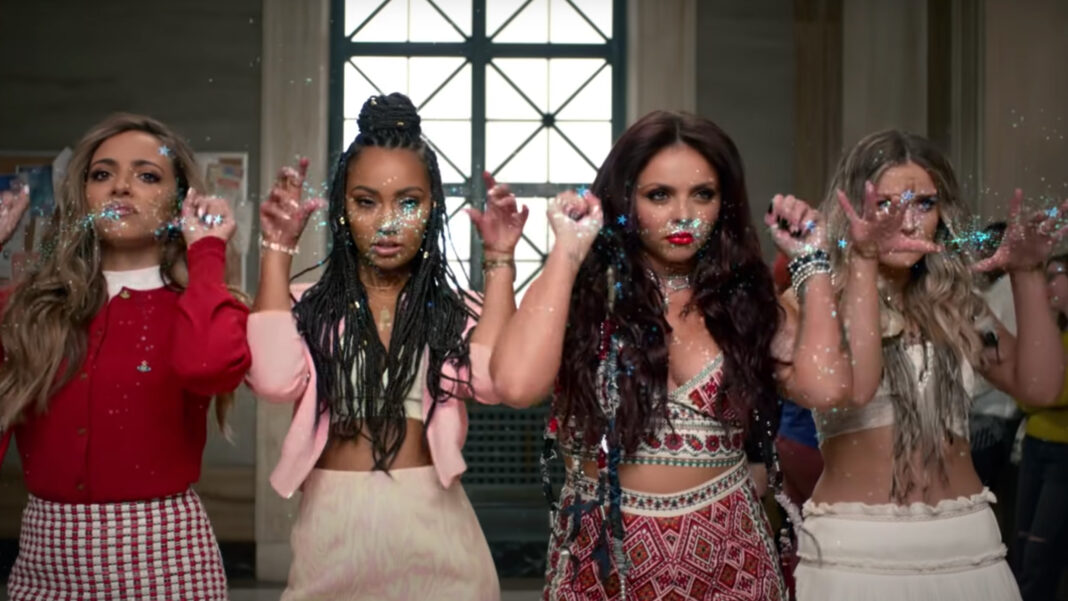 No one knows character development quite like the witch. From the term being used to accuse women of performing dark magic, burning them at the stake and drowning them in rivers, to global pop stars using witchcraft to hex the president, witches have been on quite the journey.

Luckily, music has been there to document every possible iteration of the black magic woman. Mid-century folklore tales, encounters with mysterious enchantresses, and confessions of casting spells on a crush are all covered in this list – here’s 27 songs about witches. Ding dong!

What would a list about witchy songs without some Stevie Nicks? ‘Rhiannon’ is this track’s main character, a Welsh witch whom Stevie read about in a novel and immediately penned a song for.

This track from her classic album ‘Hounds of Love’ is based on the book ‘The Witch Of Blackbird Pond’. As the song plays out, the character undergoes some sort of exorcism as voices chant and threaten a confession out of her.

‘Brujas’ – the Spanish word for ‘witches’ – discusses Princess Nokia’s ancestral connections to witchcraft. Throughout the song, she hails herself as the supreme and makes many a reference to casting spells, hexing and speaking in tongues.

Florence and the Machine – ‘Which Witch’

Rumour has it, Florence Welch actually used to be a practising witch, so the many spooky tracks in her arsenal make a lot of sense. Based on an old LA witch trial case, ‘Which Witch’ is about a young woman who was suspected of killing her lover.

Not all witchy songs have to be doom and gloom. Little Mix’s 2015 chart-topper has the girls singing about putting a spell on a crush, and is accompanied by a ‘The Craft’ style music video.

Taken from Katy B’s debut album, on ‘Witches Brew’, she turns making love potions into a major dance banger. With references to stirring her cauldron and reading her spell book, it’s a fresh take on witchy music.

Bat For Lashes – ‘The Wizard’

Not quite a witch, but instead their male counterparts. On this whimsical early track, Bat For Lashes describes an enchanting wizard, whose blood she drinks as he becomes her cult leader.

Siouxsie and the Banshees – ‘Spellbound’

On this early 80s cut, Siouxsie Sioux sings of being drawn to a lover as if under a spell. Coupled with Siouxsie’s haunting voice and iconic gothy look, she’d be a mainstay on any witch’s playlist.

On ‘Dolly Dagger’, Jimi clearly describes a woman who engages in witchy behaviours, like flying broomsticks and drinking blood. Allegedly about his real-life girlfriend, the ‘jagged edge’ line is said to be a reference to a party where Mick Jagger cut his finger, and ‘Dolly’ sucked the blood out.

Although a cover of the Fleetwood Mac original, Santana’s version of ‘Black Magic Woman’ became one of their biggest hits. Here, the writer sings of being enchanted by another woman.

On this ‘Clouds’ track, Joni sings of a woman who’s into fortune-telling, tarot cards, and potions. She lures her prey in with a spell, and while Joni never calls her a witch, she’s certainly magical.

Don Henley was said to be heavily feverish and reading a Zelda Fitzgerald biography while writing this eerie track. Fitzgerald probably didn’t fly around in the night though, and it’s easy to interpret the lyrics as a description of a particularly seductive woman.

The title for this one seems pretty self-explanatory, but in it, Yoko describes feeling like an outcast, rebelling against backlash from the media, and needing to be outspoken.

Donovan – ‘Season of the Witch’

Donovan’s 60s hit has spawned countless covers, but none quite measure up to the psychedelic classic original. It’s also the only song in this list (and maybe in all of classic rock) to make a knitting reference in its chorus.

Another much-covered single, ‘I Put A Spell On You’ was originally recorded by Screamin Jay Hawkins, but Nina Simone’s stirring jazz version, featured on her album of the same name, is the most affecting.

The Temptations – ‘Witchcraft (For Your Love)’

An outtake from The Temptations debut album, ‘Witchcraft’ details their pursuit to win back a lover with the use of spells.

This track, taken from the legendary musical The Wizard Of Oz was immortalised for an entirely different reason when it charted at number two in the UK following the death of former Prime Minister Margaret Thatcher.

Right stay with this for a minute; this song is from Broadway’s ‘Wicked’ so obviously it is about witches, but ‘Defying Gravity’ signals the moment in the story when Elphaba decides to go rogue. The villain origin story of one of the most iconic witches in pop culture? Unmissable.

A wonderful ode to the sisterhood of the witch coven, this slow-burning track is taken from Marianne’s late 70s album ‘Broken English’.

This theatrical number sees Radiohead count all the ways witches would be identified way back when. However, it’s said to actually be the group’s commentary on the UK’s refugee crisis.

Although witches are never mentioned on this track from Grimes’ breakout album ‘Visions’, it gets an honourable mention because there’s no way a witchy list is complete without her. It certainly sounds like she’s summoning supernatural forces on this magical song.

For all the times she’s publicly practised her witchcraft, Azealia Banks rarely mentions it in her music – the closest we get is in 2012’s ‘ATLANTIS’, check the line “Straight to the coven, little witch pop, Jupiter Queen”.

French It Girl Soko, plays the sad witch on ‘My Precious’, as she uses magic metaphors to describe yearning for a lost lover.

Taylor Swift – ‘I Did Something Bad’

This cut from Taylor’s rebellious good-girl-gone-bad album ‘Reputation’ compares her ordeals with the media to an old age witch trial, but she doesn’t seem to mind committing evils at all.

Florence and the Machine – ‘Seven Devils’

A haunting track from Florence’s huge ‘Ceremonials’ album, where she appears to perform a ritual on a wrongdoer, metaphorically smoking them out and tossing holy water over them.

Fleetwood Mac – ‘Sisters of the Moon’

Another Stevie Nicks number (she is the supreme musical witch after all), ‘Sisters of the Moon’ describes a mysterious woman, draped in black robes and commanding every room’s attention. Honestly, she may as well be describing herself.

The Animals – ‘The House of the Rising Sun’

This timeless classic dates way back to the 17th Century. It’s said to be a tale of a woman who couldn’t escape life at a brothel, but over time, it’s conjured up other meanings, thanks to its lingering vocals, references to New Orleans (a place heavily associated with witchcraft and voodoo), and its use in witchy media, namely American Horror Story’s Coven series. The oldest known recording of the track is from 1933, and early versions were recorded by Joan Baez and Bob Dylan, but the most popular version is credited to British band The Animals. It’s since been covered by everyone from Dolly Parton to Alt-J to Metallica – it’s one of the most famous songs of all time.