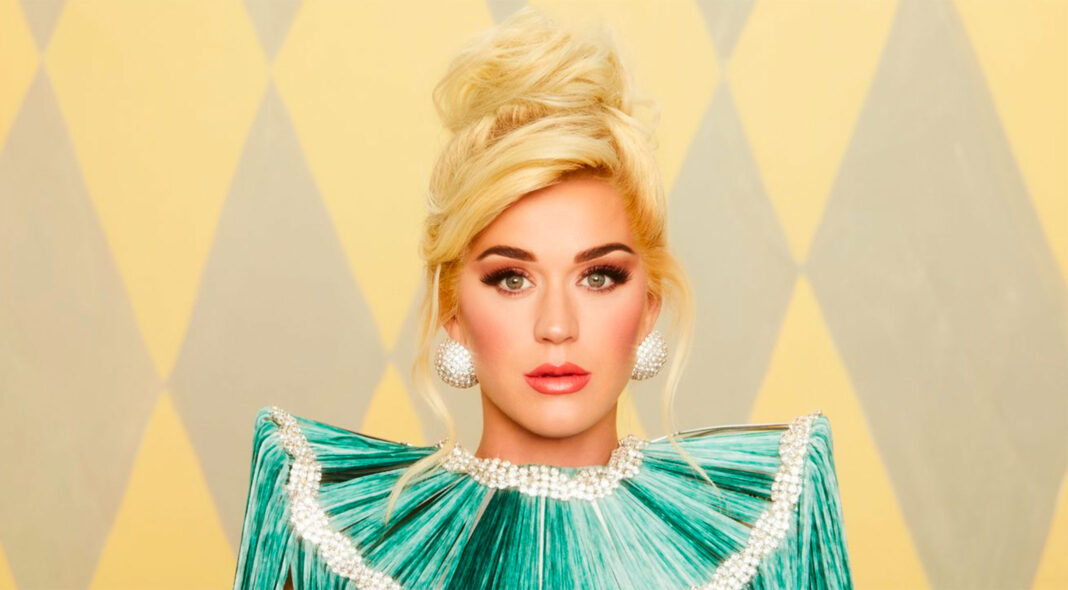 When you think of significant pop icons of the new millennium, it’s difficult not to think of Katy Perry. Main pop girl without a question, she ran into a little commercial trouble after 2013’s ‘Prism’ but has remained an artist you can always rely on for a dose of colourful silliness in an increasingly dour world. Still the most-followed woman in the world on Twitter, the fun never really ended from her end; just this month, she went viral for throwing slices of pizza into the crowd from behind the decks at a Vegas club, ostensibly making sure that her children stayed fed even in absence of new music.

A little bit gross but clearly well-intentioned, it’s the latest in a career that has been lovably chaotic. There have been glorious ups (the Left Shark, the whipped cream cone bra, the choruses of ‘Never Really Over’) and downs (ill-judged brushes with cultural appropriation, the entire ‘Witness’ era), but despite it all, you can never argue that she hasn’t made her mark. After all, we have her to thank for ‘Teenage Dream’, which despite its Dr Luke production complications, still remains one of the best pop songs of the millennium. The whole album in fact was a jubilant high point for pop iconography, spawning instantly recognisable videos that have had fans clamouring for her to receive the next MTV Video Vanguard award.

Though it maybe hasn’t received great swathes of media attention, the Vegas residency she has been holding down in five separate legs since December 2021 – appears to be one of the most aesthetic shows in recent history. A certifiable success, it is estimated to rack up nearly 20 million dollars by tapping into all of her kitschiest, most colourful inspirations, expertly navigating the pandemic era of touring complications with both honesty and polish.

Such has been Perry’s appeal all along. While 2008’s ‘I Kissed A Girl’ marked her huge global breakthrough, she was never afraid to harness a tongue-in-cheek opportunity, whether it was rollerskating behind scene-king boyfriend Travie McCoy in ‘Cupid’s Chokehold’ or bouncing around with 3Oh!3 for the pop-punk adjacent ‘Don’t Trust Me’ (a song currently experiencing a low-key second life on TikTok). Riffing off the same Manic Pixie Dream Girl aesthetic that was also been lauded upon her close lookalike, Zooey Deschanel, she was something of a retro pin-up fantasy in the noughties, pop but with the kind of Urban Outfitters guitar-playing appeal that even the snobbiest of music fans can’t help but approve.

While a song like ‘Ur So Gay’ certainly wouldn’t fly by today’s standards (and rightfully so), her debut album ‘One Of The Boys’ demonstrated her ability to subvert this 1950s housewife aesthetic, offering a clowny wink as she cracked cheeky jokes. As they would say on Ru Paul’s Drag Race, she was – still is – a campy queen, and everything from the halter-neck swimsuits to the namechecking Americana patriotism — ‘Waking Up In Vegas’, ‘California Gurls’ was designed with feel-good intention.

When things got more serious, she could hold her own too. Ballads ‘Thinking Of You’ and ‘Wide Awake’ are often cited as fan favourites, while ‘Firework’ dug deep from a place of uncertainty to create one of her biggest bangers (no pun intended), a staple of rousing coming-of-age montages. Released in 2012, her documentary movie Part Of Me was surprisingly weighty, dealing with the breakdown of her marriage to Russell Brand while on the biggest tour of her career. One of few music documentaries at the time to really go no-filter, it only solidified Perry’s brand, heralding a whole new era for the ‘imperfect’ solo popstar. Even in recent years, many artists have picked up tips from her kooky yet resilient arsenal; Doja Cat, Kim Petras, even Harry Styles, with his insatiable appetite for fruity innuendo that still manages to feel family-friendly.

Though Perry’s life has become more stable — a relationship with Orlando Bloom, a new baby, the acceptance of self that comes in one’s thirties — there is still a sense that she might have even more to give musically. With the Play residency coming to an end in October, fan discussion has turned to what she might do next, whether the time is ripe for an artist of her ilk to make a fully-fledged comeback in the conversational zeitgeist. Things have changed significantly since Perry was on top; in recent years, stars like Billie Eilish, Olivia Rodrigo, Taylor Swift and Ariana Grande have adopted a kind of sonic melancholy that was never really Perry’s style, taking cues from the mood of a nation.

2022, however, appears to be a little different. From Beyoncé’s Renaissance and Lady Gaga’s Chromatica Ball right through to upcoming albums from Rina Sawayama, Jessie Ware and Shygirl, there appears to be more space for upbeat, escapist records, made by women in their thirties who know who they are and can experiment with confidence. With societal changes, it seems we are finally becoming more accepting of artists who chose to be both mother and Mother, rather than focusing solely on the idea of the teen sensation as the only person deserving of pop success.

Though anti-stans make love to joke about Katy Perry’s run of ‘flops’, I have every faith that with the momentum of Play, she can roar triumphantly again. Given how many rookie K-Pop idols have openly cited her as an inspiration, a collab in that space would be a smart way to reconnect with a younger audience, building on her mentoring status from American Idol. She might return to her alt-pop roots, bolstered by the emo pop-punk revival that has swelled in the last few years, or even dedicate herself even more thoroughly to the art of out-and-out show building, clearly satisfied by the creative challenge of her residency. Could it be time for a Katy Perry biopic, or some kind of fictionalised Broadway show? Whatever her decision, the KatyCats will certainly follow; how could you not when she still makes it look this fun?