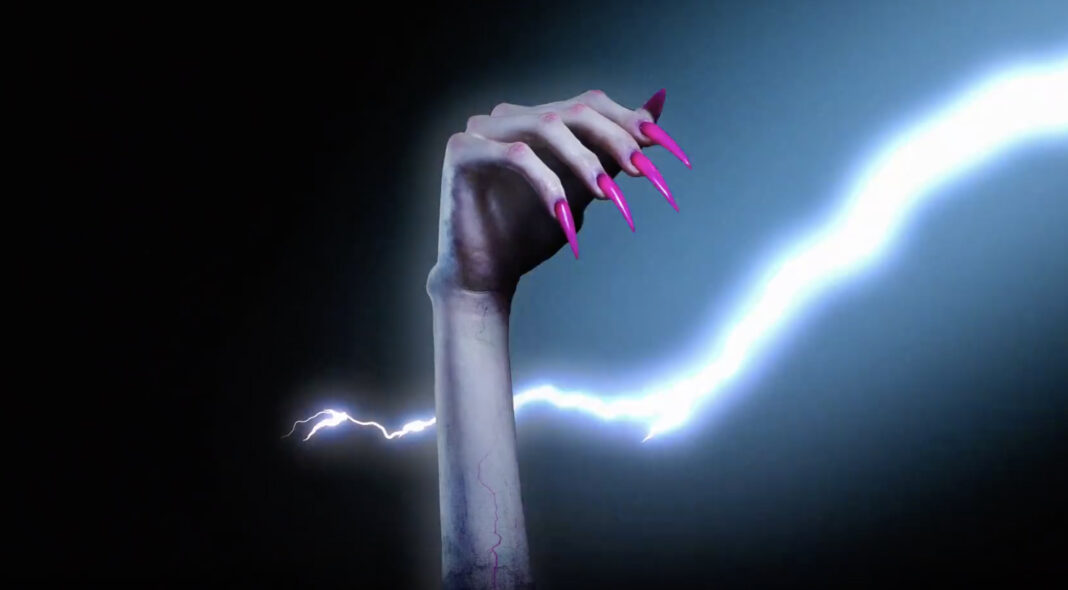 Granted, living through a global pandemic is scary enough for most, but if you’re looking to try and claw back whatever Halloween fun you can, then you’ll find Halloween-themed albums, alternative spooky bops and just great records to listen to during the festive period, on this list. Whether it’s over a slightly flat Zoom call with friends or using hand signals to chat to your mates from two metres away in the pub garden, these albums are guaranteed to get you in the Halloween spirit. Fangs and brooms at the ready – here are our top ten Halloween picks.

Why it’s one of the best: After originally releasing ‘Monster Mash’ as a Halloween parody of the popular dance trends like The Twist, ‘The Original Monster Mash’ was released, featuring further spin-offs and parodies. One of the more fun picks in this list, it would pre-date a Christmas follow-up and the 1985 single ‘Monster Rap’. An expressive performance on music TV show, American Bandstand, funny lyrics and a No.1 slot in the US cemented the track as a classic spooky tune, inspiring an extensive Halloween parody album.

Why it’s one of the best: You didn’t realise how much you needed a Halloween reggae record until you listened to ‘Barnabas In Collins Wood’. Lone Ranger’s second album, it was a great step away from the usual Halloween vibe, giving the holiday a more fun feel, even with the spookiest tales – including the Jamaican ghost story of the haunting of Annie Palmer – receiving an imaginative, sunny re-telling.

Why it’s one of the best: A writing credit from Patti Smith should be reason enough to crown this record one of the best Halloween albums. ‘Fire Of Unknown Origin’ gave New York rockers, Blue Öyster Cult, a new lease of life, with tracks such as ‘Veteran Of The Psychic Wars’ capturing a cinematic feel (most likely because it was also written with the help of sci-fi author Michael Moorcock), and ‘Joan Crawford’ providing heavy riffs, punchy piano lines and sheer drama.

Stand-out tracks: ‘Vengeance’, ‘Veteran Of The Psychic Wars’ & ‘After Dark’.

Why it’s one of the best: Arguably one of the most exciting debut albums to have emerged from the American punk scene, Misfits released ‘Walk Among Us’ against the backdrop of the real-life horror of ‘80s America. Disconcerting but undeniably catchy, ‘Walk Among Us’ is a glorious punk horror album, with the upbeat rhythms of ‘Astro Zombies’ and the political criticism of ‘Hatebreeders’, which slammed American Cold War policy and its effects on young people, leading the way.

6. Clipping. – ‘Visions Of Bodies Being Burned’

Why it’s one of the best: Released just in time for this year’s Halloween, ‘Visions Of Bodies Being Burned’ is the kind of record you’d expect to score an indie horror film/video game, but probably not one to have on when the trick or treaters come knocking. Disturbing interludes such as ‘Drove’ and static filled tracks including ‘Make Them Dead’ create a paranoia across the record, with intense and wry sounds. Clever lyrics and excellent features, including one from duo Cam & China, make for a sizzling, vicious horrorcore album.

Why it’s one of the best: Halloween is one of the most iconic horror movies of all time and its score is a major factor in its longevity. John Carpenter’s soundtrack perfectly encapsulated the underlying horror of late-‘70s sleepy suburbia, complete with jarring synths and disturbing keys. Carpenter would go on to compose the scores for subsequent instalments of the Halloween franchise, and later horror movies The Fog, Christine and Village Of The Damned.

4. Scientist – ‘Scientist Rids The World Of The Evil Curse Of The Vampires’

Why it’s one of the best: ‘Scientist Rids The World Of The Evil Curse Of The Vampires’ blends reverb, precise rhythms and wonky effects to create a titan of a dub record. Another alternative Halloween album, ‘Scientist…’ is light on the terror and heavy on luminous, bubbly melodies and slow-burning sounds. Rather than releasing a standard catalogue of remixes, Scientist precisely and methodically re-worked each track to create inventive basslines. This one is for a more chilled-out All Hallow’s Eve.

Stand-out tracks: ‘Dance Of The Vampires’, ‘The Mummy’s Shroud’ & ‘Night Of The Living Dead’.

Why it’s one of the best: What’s better than Tim Curry and Susan Sarandon singing some of the most camp songs to ever appear in a musical (and that’s really saying something). While I don’t think I can bring myself to do the ‘Time Warp’ alone in my living room this year, ‘The Rocky Horror Picture Show’ remains a timeless soundtrack for not only the musical/film, but Halloween itself. Even if the transphobia of O’Brien and the questionable ageing of ‘Sweet Transvestite’ leaves a bad taste.

Why it’s one of the best: Not technically a Halloween album, but spooky all the same, stick Sonic Youth’s 1985 masterpiece ‘Bad Moon Rising’ on in the car and you’ll feel like the main character in your own episode of Supernatural. Shadowy noise rock at its finest, Sonic Youth’s second record taps into the fear of the darkest depths of American society, taking us on a journey through the violence of colonisation, the Manson murders, satanism and ghosts.

Why it’s one of the best: OK, it’s actually the best. With Halloween being an unofficial queer holiday, ‘Turn Off The Light’ can only be described as a gift to queer nights everywhere: tracks ‘Death By Sex’ and ‘Massacre’ (with a brilliant play on ‘Carol Of The Bells’) are primed for a horror comedy, whilst ‘Turn Off The Light’, ‘Tell Me It’s A Nightmare’ and ‘Wrong Turn’ are certified Halloween house party bangers. The transitions, the instrumentals, the campness of it all; there’s even a feature from Elvira, Mistress Of The Dark. Deciding to release your second studio album with an entirely Halloween focus was a move of such sheer confidence that only Kim Petras could be crowned the Queen of Halloween.

Stand-out tracks: ‘There Will Be Blood’, ‘Wrong Turn’, ‘Death By Sex’ and ‘Turn Off The Light’.

Once you’re done with these, stick on our Halloween playlist of scary party tracks.

Never mind the no-shows; at this years Reading and Leeds there are plenty of newcomers to discover