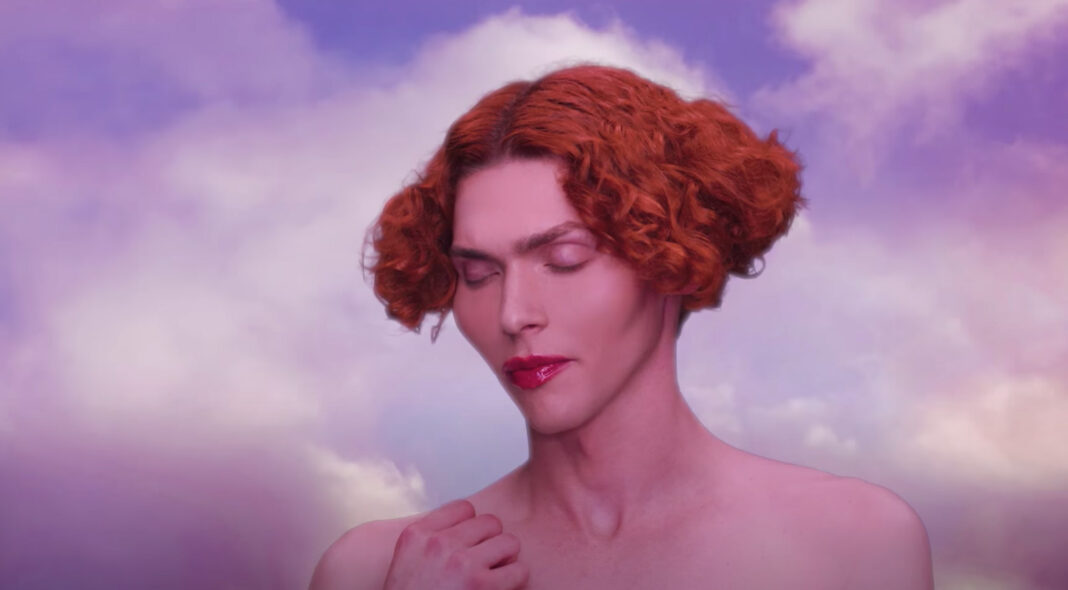 Today the world has lost a once-in-a generation artistic titan who changed the face of pop music forever. Early this morning, the artist and music producer SOPHIE died in a sudden accident in Athens, aged 34. “True to her spirituality she had climbed up to watch the full moon and accidentally slipped and fell,” said SOPHIE’s record label in a statement. It is a truly devastating, crushing loss.

Born in Glasgow in 1986, SOPHIE was not particularly precious about the particulars of biography – the artist’s own website is extremely brief, and exclusively written in caps-lock. “MUSIC PRODUCER” it reads in block capitals. “MY NAME IS SOPHIE”. SOPHIE rarely spoke about growing up, though once expanded upon some early influences in an interview with Lenny Letter. As a child the artist was transfixed by the futuristic possibilities of sc-fi, and artists like Nan Goldin and Matthew Barney who explore form, shape and fluid gender identity. SOPHIE’s father often played dance cassette tapes in the car and took the artist to raves from a young age. After being given a keyboard as a gift, SOPHIE began constantly making music and gradually honing production skills. “Music, I suppose, became my escape,” SOPHIE said, “like this friend I was looking for that was about the same stuff as me. It takes a while, as you might know, to find your people.”

In some ways, the particulars don’t matter – an idea that SOPHIE played with frequently. On emerging in 2013 with debut track ‘Nothing More to Say’ SOPHIE – who preferred not to use gendered or nonbinary pronouns according to a representative – was deliberately faceless. During a Boiler Room set that year, SOPHIE sent out the drag performer Ben Woozy and posed in the stage’s shadows as a security guard; on the rare occasions that the artist gave recorded interviews, SOPHIE spoke through vocal filters. “The music is not about where someone grew up, or what they look like against a wall,” the artist wrote to Pitchfork.

And from the beginning – forgoing backstory and artistic persona – SOPHIE’s music instead stripped sound down to its raw, kinetic energy. The artist’s early material sounded truly unlike anything else being made in the early 2010. Released in 2013, the effervescent  ‘Lemonade’ fizzes with alien carbonation; distilled bubbles bursting against an alien mouth breathing helium. Released that same year, ‘Bipp’ feels beamed into existence from 1000 years into the future. Atop a rubbery, amorphous bassline and incorporating elements of both bubblegum pop and loose, experimental house ‘Bipp’s message is one of hopeful embrace: “I can make you feel better,” sang a heavily-treated, genderless vocal, “if you let me!”

The following year,  ‘Hey QT’ – SOPHIE’s collaboration with PC Music’s A.G. Cook – mashed together the most relentless strands of trance, EDM, electro-pop and K-pop. “Yesterday, I was out driving around, the night was so black, and the lights were so blinding,” quavers another wobbly, androgynous vocal. “Suddenly I saw a flash in the sky, I felt your warmth and I knew you were sitting right beside, baby” Sometimes interpreted as a satirical pastiche of vacuous noughties pop, ‘Hey QT’ had too much substance at its heart to be ironic – at its core it’s about a yearning so powerful it can overcome distance; seeing and knowing a person’s spirit so intimately that they transcend beyond their body.

And in 2018, SOPHIE morphed again, appearing in the music video for ‘It’s Okay to Cry’ against a backdrop of shifting clouds. “There’s a world inside you, I wanna know what it feels like,” SOPHIE sings, “I wanna go there with you. ‘Cause we’ve all got a dark place, maybe if we shine some light there, it won’t be so hard.” The song, which seems to speak to the pain of concealing queerness, offers light instead.

When I listen to ‘It’s Okay to Cry’, I think of moving to London as a barely-out-the-closet teenager, and tentatively inching down a set of nondescript steps into a pulsing LGBTQ+ club. It reminds me of being in a queer space for the first time, and finally being seen clearly – dancing, smiling and hugging joyously in a room of people who just understand what this space means. It seems unspeakably cruel that we can’t celebrate SOPHIE’s astonishing legacy tonight by packing together into a low-ceilinged club with thumping bass, doing just this.

The most magical thing about electronic music is its limitlessness – it’s a medium that escapes the constraints of the physical form. While an acoustic instrument or sung note can only sustain itself for a finite amount of time (even the greatest singers need to pause for air) a sound frequency can morph and mutate into infinity; constantly alive and shifting. Electronic music drills right down to the physical essence of sound – as SOPHIE described it to Pitchfork in 2013, it’s “music as molecular gastronomy. It’s about getting to the molecular level of a particular sound—realizing what that sound actually is made of, and why it behaves a certain way when processed or cooked,” SOPHIE said. “Then, you use those molecules to build new forms, mixing and re-appropriating those raw materials—and of course, it should be bloody delicious.”

This same desire for transcendence courses through SOPHIE’s music – no more clearly than on ‘Immaterial’ from Grammy-nominated debut solo album ‘Oil of Every Pearl’s Un-Insides’. Riffing on Madonna’s ‘Material Girl’, ‘Immaterial’ toys with the drop-hungry patterns of mainstream club music, building to a frantic crescendo before unexpectedly fizzling out into a beautiful, softened smoulder. ‘Immaterial’s lyrics, sung by Cecile Believe, embody soaring, celebratory queerness.

A statement issued to the media this morning by the artist’s team mourns “an icon of liberation” – and liberation is exactly what SOPHIE embodies. On that same album ‘Is It Cold In The Water’ peers into murky unknown waters before swimming and evaporating into the blue. And SOPHIE’s music as a whole dares to jump into these same bottomless depths – it imagines a world of limitless possibilities, broken free from the boundaries and pain of heteronormative, cisnormative society. In the place of bracing cold, SOPHIE offers warmth and formlessness – with never ending potential.

As the writer Sasha Geffen puts it so eloquently in their 2020 book Glitter Up the Dark: How Pop Music Broke the Binary, “here, in this indeterminate sphere, matter follows the mind, not the other way around. A body is not a prison; it does not close off possibility. It is not a story completed at birth. A body is a prologue, and its story can be written at will.”

“Without my legs or my hair
Without my genes or my blood
With no name and with no type of story
Where do I live?
Tell me, where do I exist?
We’re just
Im-ma-ma-material”