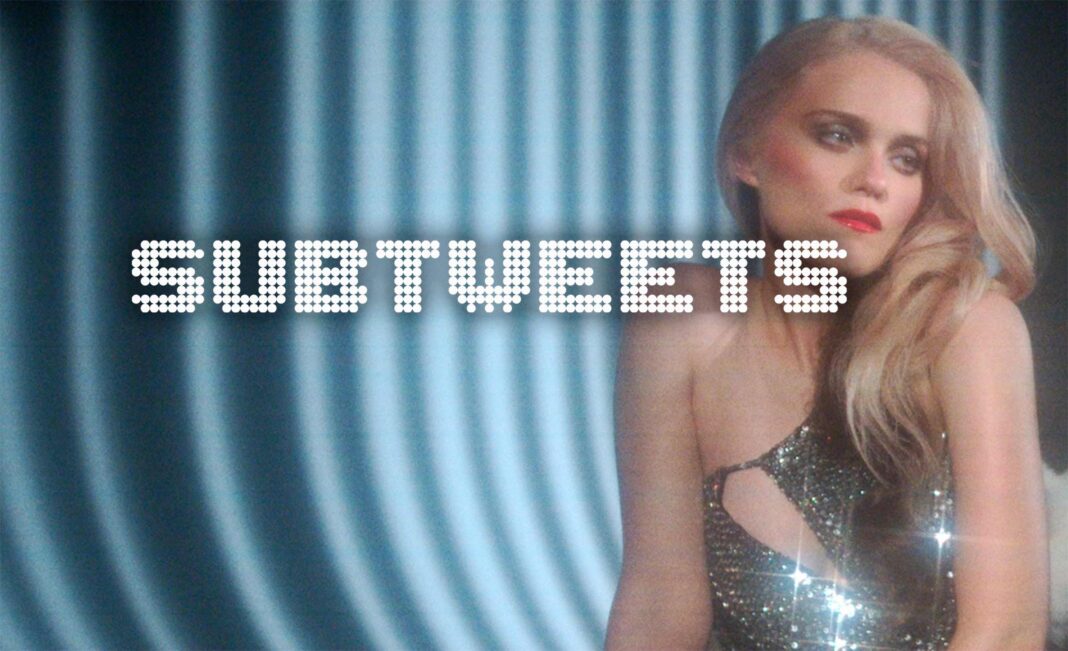 You don’t see too many pop careers like Sky Ferreira’s. With her grungy aesthetic and a background in modelling, Ferreira was perhaps one of the truest examples of “indie sleaze”, blending the narcotic glamour of Lana Del Rey, the retro-modernity of Madonna and the glitchy synth-pop of Marina Diamandis and Charli XCX to create something that felt both scuzzy and stylised. She became a breakout star with the single ‘Everything Is Embarrassing’, framed by some of Blood Orange’s best production work and by the time debut album, ‘Night Time, My Time’ was out in 2013, you could barely scroll Tumblr or stroll through Urban Outfitters without seeing its artwork, her damp eyes staring back at you from the abyss of late night. Full of bouncy electro-bops that were shot through with a hefty dose of self-doubt and trauma, it was a record that cemented her as a name to watch.

Success was becoming of her. She supported Miley Cyrus on her Bangerz tour, and embarked on a run of modest TV and film roles; Baby Driver, Elvis & Nixon the reboot of Twin Peaks. Far from the feet-up privileged white girl she has been depicted as; Ferreira was busy but not always in a way that satisfied fans of her music. Tied up in bureaucracy, she began working on her second album in 2014, confirming the following year that it would be titled ‘Masochism’. 2016 came, then another few years without a peep. Things looked promising in 2019 with the release of standalone single ‘Downhill Lullaby’ and Charli XCX-collab ‘Cross You Out’, but before we knew it, it had been nearly a full decade since Ferreira’s debut album.

Despite this absence, her fanbase has endured. Accounts have been dedicated to tracking her absence, posting whatever updates they can find and rehashing interviews and photoshoots from the glory Tumblr years. On March 31st, they were driven into an absolutely frenzy. Breaking cover, Ferreira posted an 18-second teaser, a rich Tron-style intro with the caption ‘remember me?’. The video ended with a jagged font, the words ‘Don’t Forget’ etched in pink on blue.

This week, the puzzle pieces finally fell into place. ‘Don’t Forget’ picks up as if ten years never passed, a synth-drama that utilises 80s bombast and ‘bad girl’ lyricism to show that she has every bit the same edge as all those years ago. It is great to see her back, and to see the frenzy that long-suffering fans are whipping themselves into upon the prospect of finally getting that second album.

Though she claims her elusiveness was not intentional, maybe Ferriera’s path through music has worked out for the best. In a world of TikTok algorithm-gaming and album-bundling to reach the tops of the charts, Ferreira’s laid-back approach to releases is a bit of fresh air. Given that ‘Nightime, My Time’ also took five years thanks to label disagreements and scrapped songs, it’s clear that she releases when she is ready, and when she feels able to do so in a way that truly meets her vision.

In knowing relatively little about her, fans’ desire to know more only grows stronger. Though they might protest otherwise, audiences love the idea of folklore, of lost albums and will-they-won’t-they scarcity. In becoming an almost mythic figure for millennial and upper-Gen-Z’ers, she has earnt a committed fanbase who gravitate to her as much for the feeling of nostalgia as they do for the quality of her work.

And now that she is back, it seems she’s has plenty to say. Speaking to that idea of self-promotion, she seems to have reignited an ongoing ill-feeling with Halsey, an artist who is said to have referred to Ferreira as “too lazy to work” back in 2016. Coming off the back of Halsey’s posts about being pressured by management to hit TikTok metrics or else they would withhold her single, Ferreira posited that it may well be a contrived form of outrage, playing the game in its own cynical way. This feisty spirit is what fans loved her for – in interviews and press appearances, she frequently rebelled in big letter quotes, rarely shying away from speaking her mind.

The celebrity beef has long been an effective way to give a comeback some gravitas, but let’s hope it doesn’t overshadow the thing we should all really care about and support; the music. Not everyone has the privilege of holding the level of attention that Ferreira has been capable of – many acts who did well 10 years ago have long fallen off the radar, without the covetable aesthetics and perfectly-timed ‘indie sleaze’ revival to support the timing of her return. Rightly or wrongly, when you leave it this long the stakes become high, and in Stan land, backlash can be swift if they perceive a record to be ‘mid’. But she is also in a real position to capitalise, to speak to the mood of the Tumblr aesthetic revival as someone who really did live through it the first time around. Of the back of ‘Don’t Forget’, she seems well positioned to do exactly that.

Nothing with Sky Ferreira is ever set in stone, but with appearances at Primavera, Roskilde and Southbank Centre soon coming up, the era of false starts might finally be over. Those who are ‘in the know’ claim that ‘Masochism’ will be everything that fans could want it to be, and Ferreira insists that it will be with us before the close of 2022. With the fresh taste of ‘Don’t Forget’, fans are more than ready to pull out their best American Apparel wet-look leggings and party like it’s 2015. Sky may have taken a while, but it appears our Tumblr queen is finally ready to reclaim her time, on her own terms.

READ MORE: How Tumblr set the tone for a decade of alt-music