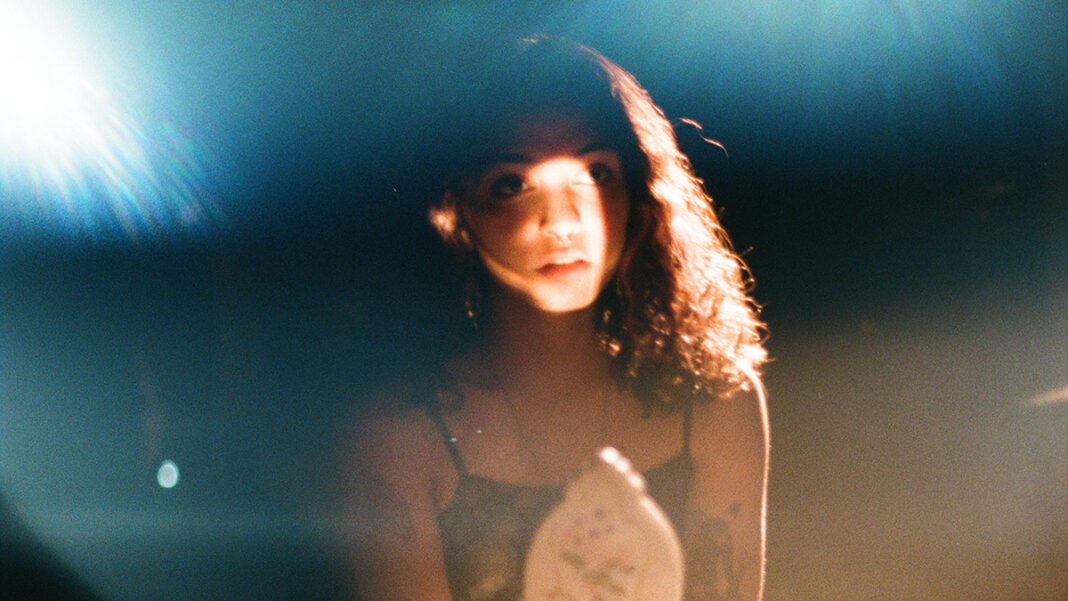 You’re stumbling home in the early hours, friends dispersing until it’s only you and your ex left, awkwardly shuffling your feet as you wait for the night bus. This is where ‘No Hard Feelings’ lives. For all their rambunctiousness – like the winning snarl of previous single, ‘Smile’ – the space for drunkenly earnest reflection is where Wolf Alice are at their most golden. Along the way, there’s been “crying in the bathtub to ‘Love Is A Losing Game’” and endless what-ifs that you can never completely rule out – “Would we ever havе tied the knot? / Well how long is a piece of string?” – but this stripped back track revels in the bittersweet peace of finally realising you’re over someone. When Ellie sings “no hard feelings, honey”, you know it’s from the heart.

Ambar Lucid – ‘Get Lost In The Music’

“What’s the point of living if you’re already dead?” Ambar Lucid’s love song to shrooms makes a very compelling case for packing it all in to chase a blissed-out musical high. On ‘Get Lost In The Music’, Ambar’s blend of amped-up retro-soul, funk and psychedelia is in full effect, with swinging Dap Kings-inspired horns and funky guitars punctuating hazy synths. It’s another evolution in sound for the 20-year-old singer-songwriter – who we picked as one of our Future Five earlier this year – and she’s definitely one to keep an eye on when her next EP drops in June.

If it isn’t coming on its own, Aria Wells aka Greentea Peng is bringing the summer to us. ‘Dingaling’ might have a schoolboy smirk of a title but the track itself is pure hazy bliss; a one-way ticket to Glasto’s Tiny Tea Tent. With her husky, hypnotic flow and the flair of a laid-back groove, Aria knows it’s good – “here lies your fortune in the shape of a good tune” – but when the track breaks down and the smooth “You are my African queen” hook kicks in, it’s enough to make you fully believe in a carefree summer.

“You are a living sugar refinery / I am a species addicted”. It definitely doesn’t take a village to love this latest track from Melbourne indie rocker, Merpire. The choruses of ‘Village’ boast rollicking guitars and an anthemic refrain, but it’s the vulnerability held in Rhiannon Atkinson-Howatt’s vocals that stands out – reminiscent of the rich, melancholic tone of fellow Aussie, Julia Jacklin. She weaves niche metaphors – “You are a psyllid and I’m a bell miner” – together with candid admissions – “I expect too much from the way I love” – and this delicate phrasing takes everyday anxieties and turns them into poetry.

Who amongst us hasn’t run off to the woods to play air guitar/drums/bass with our mates? The simple premise for VEPS’ ‘Girl on TV’ music video is in keeping with their DIY aesthetic: the Oslo band have been playing together since they were 14 and relied on word-of-mouth and homemade cover art to generate hype. Newly signed to New York’s Kanine Records and with an EP coming this June, the hype is now theirs to own. When you’re steeped in loneliness like the protagonist of ‘Girl on TV’, it’s too easy to fall into the trap of comparing yourself to others but in spite of their melancholy, VEPS aren’t oblivious: “do you really wanna see the blue reality?”