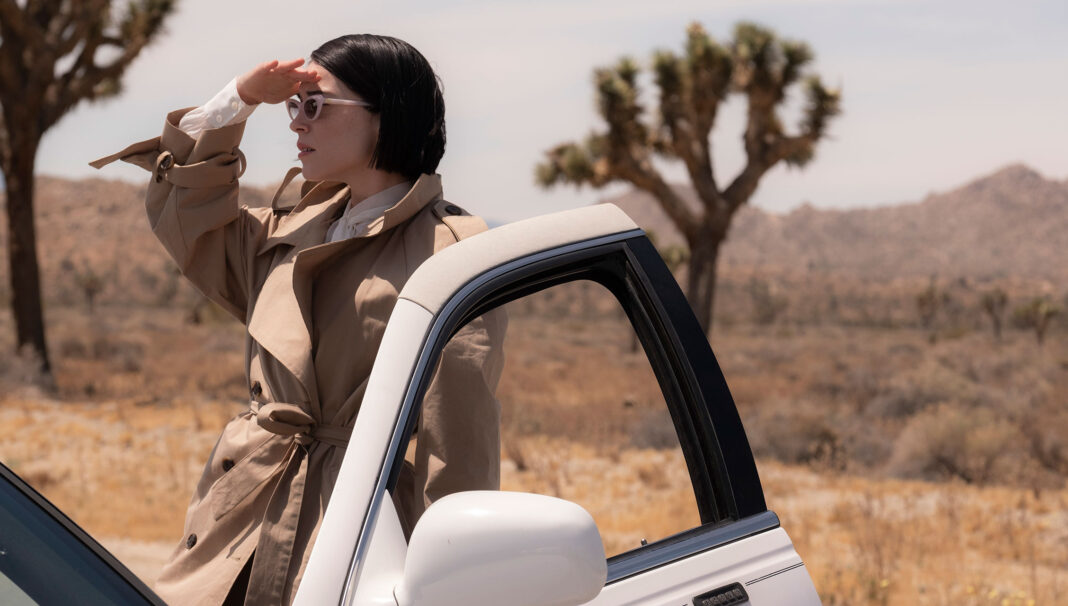 Working with your friends is always risky business – something the alternate reality of The Nowhere Inn, the new meta-documentary written and starring St Vincent’s Annie Clark and Sleater-Kinney’s Carrie Brownstein, highlights in extreme ways. Where for most people arguments and tension might cloud their relationship, the two musicians’ friendship is strained by an additional psychological thriller twist that puts your grip on reality into question.

The film follows a fictionalised version of Clark as she hires Brownstein to direct a documentary about her on her ‘Masseduction’ tour. At first, they agree that the movie should show the star in a real light – even if that’s as mundane as watching her play video games on her Nintendo Switch. But soon Brownstein gets frustrated by the lack of action and story that she’s collecting on her cameras. Returning to the tour bus to find her friend playing Scrabble rather than partying like a rockstar is the final straw and she asks if they can “heighten” the drama a little.

That request sets Clark into a spin that takes The Nowhere Inn on strange new tangents, each taking it further and further away from reality. These moments also ask questions about identity and persona, authenticity and artificiality, and whether we can ever truly know our favourite artists – no matter how intimate or real they claim the films, social media posts or interviews that document their lives are.

It’s an intelligent movie that plays with our expectations of female artists and characters (neither Clark nor Brownstein come off particularly likeable by the end), but also could be better served by trying to do less. The psychological element elevates the doc from mere rockumentary but throws everything into such a tailspin of confusion that the result is often more baffling than thought-provoking.

There are real moments of humour, though, to stop it from getting bogged down in its own smarts. The opening scene of Clark being interrogated by her limo driver (“So you’re a singer?” he asks at one point, before scoffing: “Because I don’t know who you are”) is awkwardly comic, while it’s hard not crack up at the very earnest fake family Clark gathers to portray her “childhood” in Texas, complete with country songs sung on the porch and her “famous pecan pie”. Dakota Johnson, too, is a ray of light as Clark’s girlfriend, playing the doting partner oblivious to her partner’s increasing douchebaggery brilliantly.

While Brownstein and Clark’s mixing business with friendship in the world of The Nowhere Inn might be a cautionary tale to us all, in reality the film shows the other side to collaborating with your pals. Sometimes, if you’re lucky, the results will be as hilarious and compelling as this surreal send-up of the music industry, rockstar egos and the performance of persona we all dance through in life.

READ MORE: St Vincent interviewed: “Clark girls are an impenetrable force. We will cut a bitch“