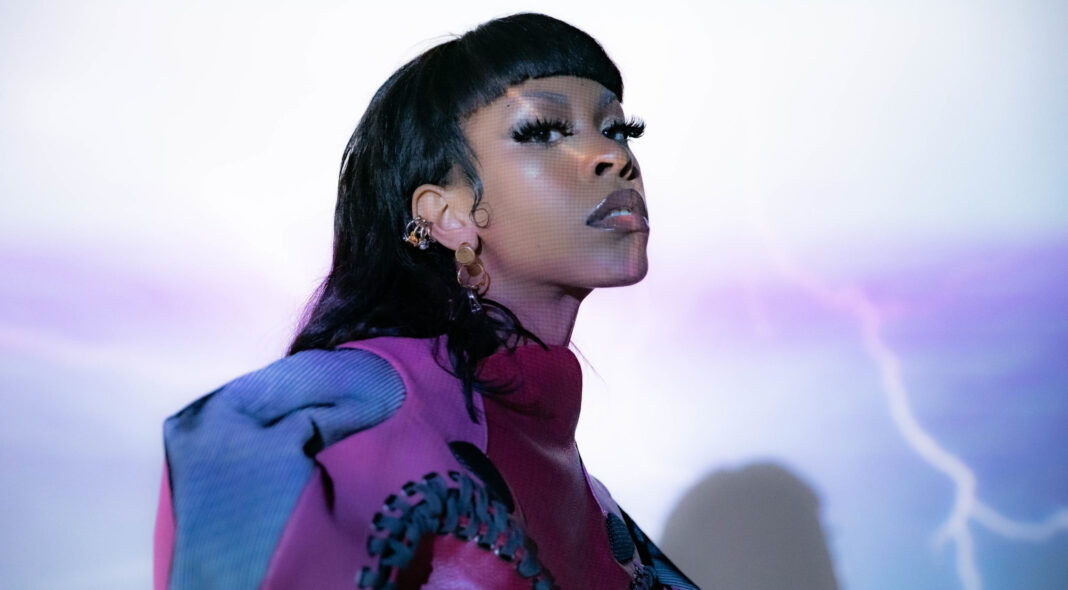 Ten seconds in to ‘Nightmare Vacation’, Rico Nasty spits, “I don’t write reviews ’cause that’s something y’all do,” a blunt reminder – or warning – that she no longer cares what anybody thinks. Her major label debut sees Nasty put a leash on the music industry and walk it her way, making the songs she wants to make, rather than curtseying to the mainstream.

It’s taken just a couple of years – six mixtapes, Kenny Beats collaborations and big hits including ‘Smack A Bitch’ – for Nasty to get so secure in her defiance. At 23 years old, the Maryland artist is now squaring up to her own personal trauma (her partner died of an asthma attack the night their son was conceived) and taking on an industry dominated by white men, her debut album, a cathartic outlet through which to channel her justified rage.

“Being an underground Black woman in rap was not even cool until 2000-and-fucking-15,” Nasty pointed out in a recent interview, but the tide’s turning, as Nicki and Cardi are joined by others, Doja Cat, Megan Thee Stallion, Bree Runway, Shygirl, Junglepussy – the troops keep on swelling. On screaming match ‘Let It Out’, Nasty provides a punk mantra for this new legion of female rappers: “We don’t make the rules / We just break ‘em all”.

No surprise then, that Joan Jett’s renegade aggression and Avril Lavigne’s grungey emo are as vital to Nasty as Nicki Minaj and Cardi B. Rap and punk were both born out of the tiny dark clubs of late seventies New York, two very different scenes with key similarities: they brought music back to the streets, rejected mainstream genres, and used a rebellious DIY slant to give voice to the outsiders, the misfits, and the marginalised. These qualities find full reign on ‘Nightmare Vacation’, but there’s a key distinction. Nasty isn’t interested in being sidelined to any subculture. She wants the mainstream to bow to her.

Consider the line “I don’t blend in, bitch, I shine bright”, then, as her manifesto, part of album opener ‘Candy’, a track that documents her rise and sets out future ambition: “Where’s the ceiling?” Taken together, the growling Big Bad Wolf of ‘Check Me Out’ and the sweet chaos of ‘IPHONE’, tracks three and four, define sugar trap, Nasty’s self-claimed genre that’s more than just rap-punk slop. The 100 gecs paintbox spills all over ‘IPHONE’, along with ‘OHFR?’, both produced by hyperpop king Dylan Brady, who’s well-equipped to bring out Nasty’s bubblegum rasp. You almost wish he’d produced the whole album.

Elsewhere, the hoarse delivery and guttural guitar of ‘Let It Go’ and whipped frenzy of ‘STFU’ are what your pillow hears when you scream into it in the middle of pandemic quarantine, while the trap-pop of ‘Loser’ reveals more of Nasty’s cultural scrapbook, its eighties opening deferring to a noughties film reference: “we goin’ shoppin’, loser, get in”.

Only two tracks on the sixteen-track album survive longer than three minutes, and not all are memorable: some feel like they could be combined into a single better track. The danger with short songs on a long track-list is that the strong moments get lost, like reading a long menu and forgetting what the first dish was. But ‘Nightmare Vacation’ ends with a remix of Nasty’s biggest hit, ‘Smack A Bitch’ and its original, to remind you where she’s come from, why she’s earned this album, and why it sounds the way it does. The remix, which features rap newcomers ppcocaine, Sukihana, and Rubi Rose, passes the baton on to grow a future army of female rappers – a neat way to end proceedings.

You might argue that on ‘Nightmare Vacation’, Nasty gets caught up in her own wrath, songs tripping out of her mouth so fast they lose finesse. But rather than being too much, this is Rico’s point, her high-energy barrage of songs crushing barriers – both in music and wider society – that might be in her way. ‘Nightmare Vacation’ is a statement of assertion, a necessary move if you want to forge ahead in the macho rap world. Rico Nasty raps, she sings, she spits, she screams. And she’s staying put.