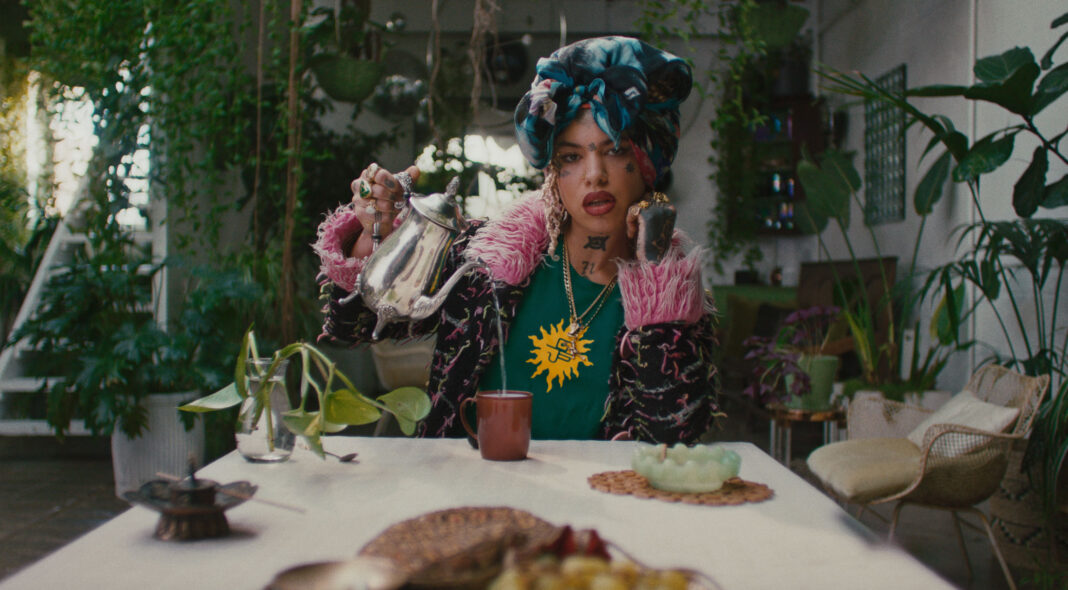 “Man, fuck a billionaire!” With her first track since 2020’s ‘Song 33’, ‘Rainforest’ sees Noname at her tenacious best: anti-capitalist, anti-racist, and with a whole stack of talent. From Dr. Seuss and Biggie references to name-dropping Marxist philosophers and maybe even a sly dig at Beyoncé (“How you lemonade all your sadness when you openin’ up?”), the Chicago rapper’s astute and poetic imagery unfolds over a sleek, polyrhythmic beat from Toronto producer The Kount. With her ongoing commitment to the Noname Book Club which raises up the voices of Black authors, her new record ‘Factory Baby’ due this year, and a fervent promise to “say it every song / until the revolution come”, Noname is showing no sign of slowing down.

Bright Eyes – ‘Flirted With You All My Life‘

Conor Oberst and co’s take on Vic Chesnutt’s ‘Flirted With You All My Life’ – a poignant reflection on death from a musician whose life was tragically short – already feels like quintessential Bright Eyes. First released as a vinyl B-side to ‘Persona Non Grata’ in 2020, the cover drifts like a Glen Campbell country ballad and in spite of agonised howls, there’s a quiet triumph in the refrain of “oh death, clearly, I’m not ready”. “He deeply changed my worldview and what it meant to write a really unique and thought-provoking song,” Oberst said in a press release, and Chestnutt’s influence on Oberst’s songwriting – past, present, and future – is palpable.

Kero Kero Bonito – ‘The Princess and the Clock’

Hitting play on the latest track from Kero Kero Bonito means simultaneously hitting play on an imaginary Nintendo 64 release: you’re a princess trapped in a tower with only a frozen clock face for company. Your only escape? A sailboat and the glistening, textured synthpop of Kero Kero Bonito. It’s a track that dreams of escaping the passage of time, “as the nights ran / Together blurring into years”, as well as anxiously preserving a desire for adventure. ‘The Princess and the Clock’ is the band’s imagined fairytale of isolation – “a song for anyone who has ever felt trapped, lost, and alone” – brought to life by beautiful, animated watercolour visuals from Dan W Jacobs.

Greentea Peng had a very buzzy 2020 thanks to a spot on The Streets’ comeback mixtape and her fourth-place finish on the BBC Sound of… poll. Ahead of her debut LP this year, the introspective track ‘Nah It Ain’t The Same’ documents the South London singer-songwriter’s struggle with self-doubt, hollow interactions, and social injustice, as her “inner battles dwell like city kids beneath the poverty line.” Complete with retro record scratches, there are flecks of Erykah Badu in the laid-back, soulful sound that surrounds Peng’s beguiling stoner flow.

“For a song called ‘Slowly’, we sure do play it fast. It hurts (bassist) Áindle’s hands to play,” NewDad’s vocalist Julie Dawson says about their latest release. While the young Galway band only released their debut single ‘How’ less than 12 months ago, their enjoyable blend of grunge and shoegaze – with gothic basslines evocative of The Cure – already suggests the confidence of a more experienced outfit. Their six-track debut EP ‘Waves’ drops March 26.

Listen to these and more of the songs we have on repeat in our BRAND NEW playlist.

READ MORE: Wolf Alice return with the rousing ‘The Last Man on the Earth’