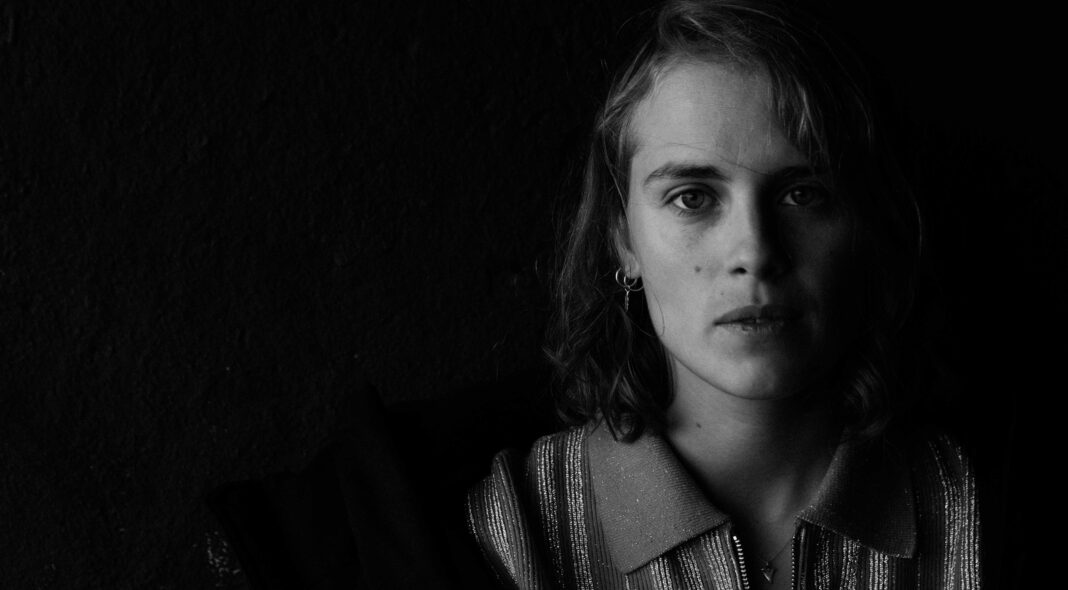 At some point in the last eight months, most of us have made playlists of songs we love. To feel soothed, or energised, to tell somebody our feelings, to feel less alone – to answer whatever emotional hunger rises to the surface. But Marika Hackman took a step further. In her childhood bedroom, as the pandemic raged outside, she listed ten favourite tracks, then went ahead and covered them.

Lockdown spurred a flurry of recruits to the bedroom pop that’s dominated music recently, but home recording is nothing new – and certainly not to Hackman, whose first EP consisted of five covers recorded in the same bedroom as her new album ‘Covers’. A departure in tone from 2018’s ‘Any Human Friend’, her fourth record in fact returns to the gloomier mood of her debut album. Wrestling COVID creative block, Hackman gathered a scant array of instruments, bought a drum machine, and self-produced ten takes on old favourites. Her master stroke was to pick songs she knew and loved so well she could climb right inside them, and wear them as her own.

At its very best, a good cover takes the original song to the high place its creator couldn’t reach, Jeff Buckley’s ‘Hallelujah’ the go-to example. Covers acquaint fans with artists they maybe didn’t know before, but they also illuminate the ecosystem of music: how songs move and evolve through time, handed down via stolen riffs, samples, and all-out copies. It’s a risky business, though, toying with the loyalties of listeners. To cover the favourite song or the deep cut? To follow the rules or break them?

On ‘Covers’ Hackman plays with all of these options. Buzzing flies lead into Radiohead’s eight-line lethargic ‘You Never Wash Up After Yourself’, transformed by Hackman’s lingering vocals, which seem to emanate from a chapel rather than her bedroom. The tracks that take greater liberty with the original are the album’s most successful. Hackman drips all over Air’s ‘Playground Love’, giving it a second, sensual life free from The Virgin Suicides. She enters her own reality with Grimes’ ‘Realiti’, switching out bright bonkers pop for the kind of song you’d dream about your crush to. MUNA banger ‘Pink Light’ achieves something similar, while ‘All Night’, Hackman’s take on Beyoncé, is brave and astonishing. But even the tracks with a less rapid departure in style are good. Her empathic reading of Elliott Smith’s ‘Between The Bars’ makes you want to press replay, and dig out his version at the same time. A good covers album is a double joy, because after playing it you itch to revisit the originals.

Sharon Van Etten’s ‘Jupiter 4’ is the only chink in the record’s armour. Hackman doesn’t add anything new or surpass the original(s) (the song was co-written with Donna Missal who released her own version). It’s not a musical misstep, rather one of track choice: the strength of ‘Jupiter 4’ as a song makes it hard to cover badly, but even harder to reinvent.

Hackman’s restricted sonic palette goes a long way to colouring the record, a default minimalism excavating rather than obscuring the core of each song. ‘Covers’ has remarkable cohesion, given its choices are diverse enough to evade any sniff of an algorithm. It could almost be a Hackman original. You feel her deep love for each track, and that’s satisfying as a listener: to see the artist as a listener too.

‘Covers’ offers new insight into both its songs and its singer. Not the extreme honesty of ‘Any Human Friend’, it’s a different intimacy: like glimpsing a handwritten playlist, or favourite lyrics scrawled across a notebook – or a teenage Marika Hackman back in the day, copying chords in her bedroom, trying to learn how to walk like the musical heroes she wants to be.