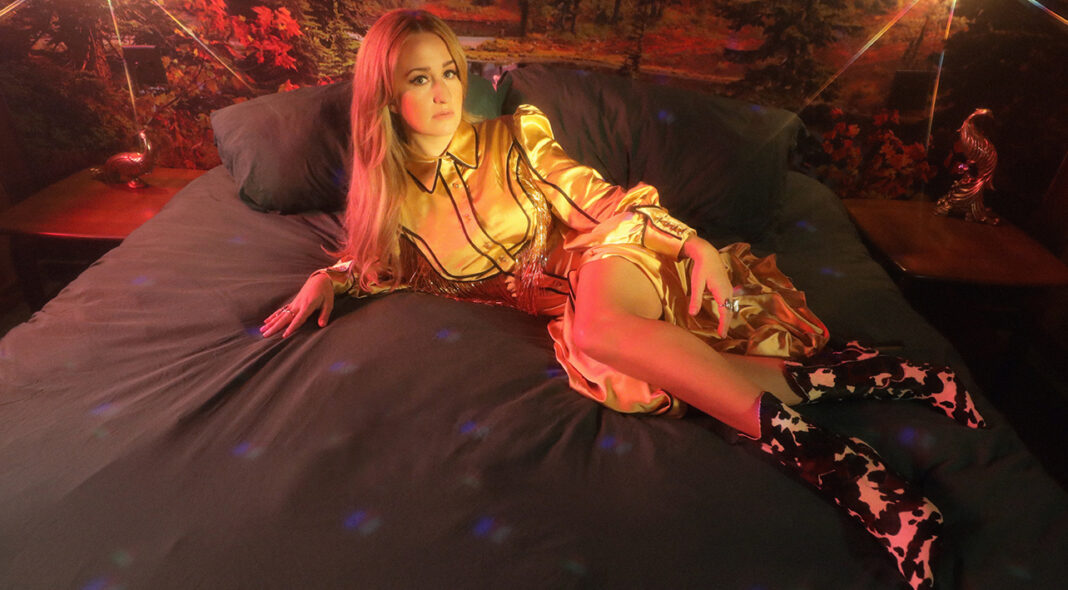 Margo Price has been pushing her way out of the country singer box for a while now. On 2017’s’ All American Made’ she took potshots at many of society’s shortcomings: gender pay gaps, creepy men and corrupt politicians, writing the sort of uncompromising lyrics that others sidestep for fear of losing an audience. Those lyrics were set to music that occasionally nodded to other influences – to boogie, or to Southern soul especially. On ‘That’s How Rumors Get Started’, it is unsurprising, then, that Price has fleshed out her sound beyond country even further. The titular opening track sounds like something Stevie Nicks would be mighty proud of, and the lush piano and percussion give Price a backdrop to show off just how good her voice is. Don’t be fooled, though, she still has plenty of bite, putting someone well and truly in their place, with the acerbic kiss-offs, “Here you are, still doing you/ It never worked out, but that never stopped you” and “You’re talking out of both sides of your mouth”. It’s a fantastic start to a record.

Working with Sturgill Simpson on production duties, whose own 2019 record, ‘SOUND & FURY’ pushed country to its limits with its heavy, boogie rock sound, has clearly shaped the direction of ‘That’s How Rumors Get Started’ – sometimes for the good – most notably on ‘Heartless Mind’, a synth-pop song with a fizzing electric guitar solo that whizzes by effortlessly, and sometimes for the bad: with Twinkle Twinkle which has the kind of heavy, rugged guitar sound reminiscent of The Black Keys, which wasn’t that appealing first time round and wouldn’t be missed if it wasn’t here too.

‘Hey Child’ and ‘Prisoner Of The Highway’ both feature the glorious backing vocals of the Nashville Friends Gospel Choir. ‘Prisoner…’ is perhaps the most country-sounding song here, and with lyrics like “I grew where I was planted/but I never felt at home”, recalls ‘Wildflowers’ by Dolly Parton. With its focus on long roads, open spaces and travelling on, Price walks the path favoured by Tom Petty and Bruce Springsteen, of the American road dweller and story teller. Again, it works, but she is at her best when she shifts away from clichés and slips an unlikely turn of phrase into a belter of a track, as she does on ‘Letting Me Down’, or ‘Stone Me’, with its chorus line: “Call me a bitch, call me baby. You don’t own me, that’s no way to stone me.”

Price packs a hell of a lot into ten short songs, which are stripped of any excess fat, even when she’s trying new sounds. They’re honest and open, whether she’s reflecting on her personal life: motherhood, travel, love and her past decisions, or sharpening her tongue for a pointed word at those who need it.

As she said to Rolling Stone, “There’s countless things I’ve said that definitely cost me record sales. But you have to stand up for what you believe. When people say, ‘You’re not going to be the Dixie Chicks’ — I hate the analogy. I never was trying to be the Dixie Chicks. I’m trying to be Neil Young, motherfuckers.”  And with three very different – but very strong – albums in four years, you’ve got to hand it to her, she’s on the right track.